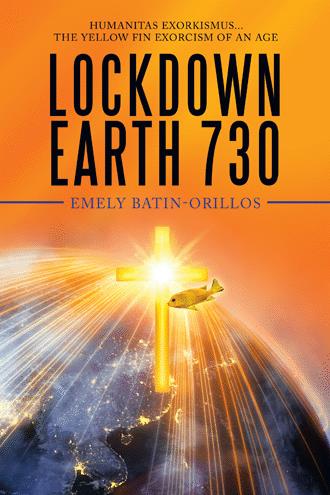 In a series of visions in seven consecutive daybreaks,the very sick Emily Archangel kept hidden in a little room in Wuhan,sees the image of the devil as a clever statesman,working with top diplomats of Russia,Pakistan,North Korea,and China to create a new world minus their enemies and God's church.The Corona virus is mutating into a fabulous golden serpent adored and worshipped by an exceedingly tired,rebellious,hopeless,and hungry humanity that they start to kill and eat one another.There is only one way out of an impending nuclear holocaust and the rise of a new kingdom of Satan,and this is for the woman scribe to protect a most precious code from God the Father but with her likewise flying to a baby moon and steal the vaccine held by the peeved outer space from all the nukes that are transported daily in the exoplanets by Elon Musk's rocketships and Chinee missiles.Meanwhile,heaven has to trick both the devil and the mad genius,David Cheng who are both besotted to Emily Archangel,searching for her with the aid of their most sophisticated radars and monitors.The Divine Fictioneer allows the woman scribe to wander the netherworlds while in her internal lockdown though she is physically hidden right in the most dangerous place on Earth,Wuhan,China taken care of by noble missionary nuns.But God the Father is in for a most compelling modern divine comedy that He uses the Yellow Grammar to deal with the burning Black Sentence of his arch enemy.Heaven's CEO pretends to disagree with the action-packed escape of the disobedient,captain St. Michael Archangel or Lawrence Zebus Prometheus to rescue his beloved Emily,and throws the good rebel angel into Alcatraz,locked for fifteen years as a convicted criminal in the persona of a hot Prussian body sculptor,Richard Lion Houdershell.But the most dashing felon gets to escape one night and rides to freedom with the hot blonde,Amanda Holden.Once in Wuhan,the fabulous fugitive is seduced by China's top woman-outlaw,the serial killer but irresistibly beautiful nun,Sr. Becky who loves reggae and makes him into her sex slave.A most unlikely sidekick for the chained sexually abused man helps in the rescue of the woman scribe from the hands of the Hooded Dragon.This is the special young guy,Juanito from Warsaw,who serves as the driver of the missionary nuns though he has the mental age of twelve yet a landscaping genius and a real ice cream-glutton,he turns a garden into a most magical labyrinth of all the blooms and vines of the planet.The story becomes more insanely riveting as another hunk falls in love with Emily Archangel,this time,the descendant of the great Viking pirate,no less than the attractive Norwegian,captain of the world's most luxurious yacht,Nurman Hussein and who kidnaps the woman scribe while sailing to the Barbados with the unsuspecting diplomat from the small country of Bermuda Tingle near Mongolia and Macau.The action goes back to Wuhan as the 730th day of the planet's ultimate lockdown comes.Emily Archangel buys from a poor couple,Lorna and Jason,who are the disguised Blessed Mother and St. Joseph the fish that delivers the human race from extinction.Wow,they gift the woman scribe with two cute puppies named Peru and Mexico,and bananas are never threatened again as their magical poop brings back the sterile fruit since the Ice Age to mainstream sex that Queen Elizabeth refuses to bite the excellent extant of Big Mike.God the Father has written this time an upbeat fantasy sci-fi for His favored woman that He has been window shopping of the latest U.S. stealth fighter jets and oh,nuke warheads.Heaven and hell are in a nuke-strategy deadlock hence the vicious Yellow Toxin must be resolved in 730 days or it is good bye for the blue planet. 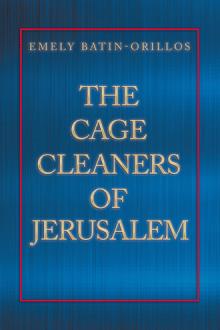 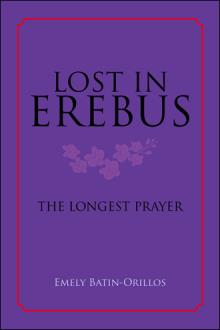 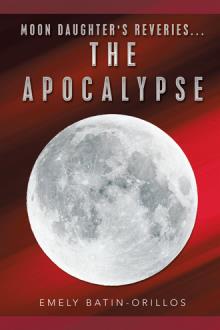 A sequel to the spellbinding sci-fi spiritual saga,MOON DAUGHTER'S REVERIES...THE APOCALYPSE,this book takes action right in Wuhan,China where the very ill visionary woman scribe,Emily Archangel is secretly hidden by the Armies of Light in an old asylum that houses the half-dead victims of the first wave of the Corona virus.St. Michael Archangel returns back to the planet to rescue his beloved from the devil disguised as a Hooded Dragon statesman and from a mad billionaire physicist,David Cheng who is as obsessed with the woman scribe.The captain archangel escapes from heaven and so,punished by God that he takes the persona of a convicted serial killer,the most handsome Prussian,Richard Lion Houdershell.As Earth is in the ultimate lockdown,Emily Archangel must secure God's postcript to save the planet from a nuclear apocalypse.A Yellow Fish lands into the plate of the very sick woman scribe one lovely December morning,and heaven's code does the spectacular fireworks right in the cradle of the Yellow virus,the Middle Kingdom,China,unsuspecting of the upbeat divine comedy of God the Father drinking Yellow tea and enjoying Mandarin pancakes.Planet Earth has never prepared for heaven's modern fiction.