Theological Dynamic of the Human Experience of Dementia 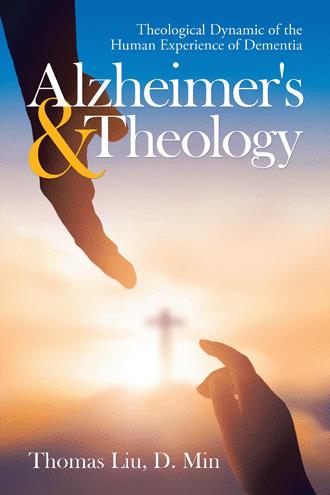 The fact that Americans are living longer, healthier lives coupled with his own aging motivated the author to write this book. As Baby Boomers age, more than one in five Americans will be over 65 years old. This increase in the average age of Americans will have a widespread impact on every aspect of society, and is already beginning to be felt. This impact has inspired Dr. Liu to write this book in an effort to relieve the sufferings of those who have been diagnosed with this dreaded brain disease and their caregivers who suffer along with them. The author affirms that it is God’s love through Christ which encourages him to provide reason of hope in God’s remembrance: hope that is from an informed theological perspective, a sense of purpose in the face of this disease. Because of the author’s godly motive and desire to offer help for sufferers, the author provides comfort through assurances that the sufferer’s conditions are not leading to the end of their lives.

Thomas C. Liu, BS, MA, MS, D.Min, was born in Miao-li Taiwan, Republic of China, where he became a Christian in his senior year at Tainan National Cheng Kung University. He served as a Lieutenant in the Chinese Army Corp of Engineers after graduation from College. He immigrated to the U.S. to pursue further studies, receiving a MA from Covenant Seminary and a MS from Washington University both in Saint Louis, MO. He continues to be engaged in a lifelong career of engineering. At the age of 80, he received a Doctor of Ministry degree from Houston Graduate School of Theology in Houston, Texas. He also speaks as a guest lecturer at seminary when asked. In 2017, he presented a paper on Aging and Society at the 71st Interdisciplinary Conference in U.C. Berkeley, California. Currently, he attends First Presbyterian Church in Sugar Land, TX, with his family, and continues serving the Lord. Dr. Liu enjoyed sports when he was younger and was a talented athlete. Now he enjoys reading and collecting articles from newspapers, journals, and magazines for his newest hobby of writing and publishing. Today, Dr. Liu is retired and spends time with Sue, his wife of over 50 years, and his daughter, son-in-law, and two very energetic grandsons.