Cactus Wine and the Relic Hunters 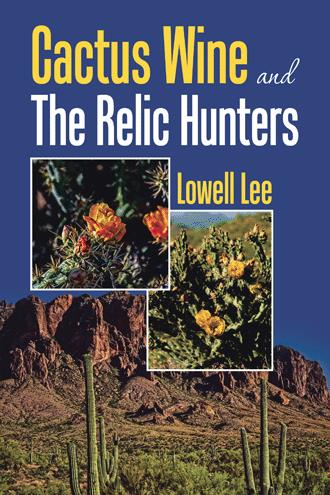 June and I were just passing Covered Wells when we came upon a Papago man hitching a ride. He had a stolid Indian face, at first glance, as he came out of the desert. Then he said, “Ride,” and the dark little man lit up with a wonderfully genial smile. He had a Spanish bearing, a certain native grace, and an air of chivalrous gallantry, which distinguished him from more cold-blooded Americans. June asked, “Where to?” He answered, “Pisin Mo’o. Take Road 21 south.” As we approached the intersection, he alerted me to go slow and turn to the left. It is just a few miles. The old Papago introduced himself: “My name is Pete Garcia.” “I’m Russ Philips,” I said, “and this is my wife, June. My mother, Jane Philips, was a nurse at the company hospital in Ajo from 1939 to 1956. She worked in the delivery room helping with Indian and Mexican babies, the births that the doctors wouldn’t do.” Pete said, “My wife knew your mother and loved her. I knew your father and helped on his drill in the Ajo Mine.” I drove down SR 86, watching for the Road 21 turnoff south toward Pisin Mo’o. SR 86 meets SR 85 at Why, from where you can go south to Sonora of Old Mexico or north through Ajo and then on to Phoenix. Pete told his story of the cactus wine and asked, “Do you know of this story?” I said, “Yes, it has something to do with cactus wine.” The old Indian said, “I have a tale you would want to know about in this area. We can finish it by the time we reach my home. I will tell you the whole story on the way to Pisin Mo’o.” This is the story that Pete Garcia told me. * * * * * “Deep in the southwest desert is a small group of villages named for the Kuk, the Ko-Lohdi people, who live there. They are so far off the traveling trails that one would be hard-pressed to find them on any map. The main villages, which are approximately ten miles apart, are Pisin Mo’o, Kohm Wo’o, Go Vo, and Kuhpik. “The US Army had planned to build a railroad station around Go Vo around 1856, but they abandoned that plan a few years later and decided to locate the station farther north on the Gila River. The abandoned camp facilities, which included a barn, blacksmith’s shop, two large wooden water tanks, about twenty whiskey barrels, and an old wooden warehouse, were given to the local population. “One of the wooden wine barrels found in the old army warehouse had a label burned on it with these words in Latin: In vino veritas, in aqua sanitas. It was decided to age the tribe’s sacramental wine in that one barrel. The other barrels were used to age the cactus wine that was to be sold to the miners and travelers.

This writing is about a young man and his search for life. It contains a story of some fancy wine made in the Arizona Desert. It tells stories of talking bottles and shot glasses, talking dog, rings and stones. It shares some of the failures of the members the young man’s family. You’ll discover the chest of books and maps, letters and other things representing his uncle’s search for treasure. It takes place in Southern Arizona, during the twenty century and other times. Just wait until you see what is in the trunk, but that’s another story.

This author has traveled the world working at sea and ashore in the navy. He is well versed in the works and has performed from nuclear bombs, ship engineering, to hospitals, and combat sickbays. He also worked in the oil fields of Gulf of Mexico and the offshore oil rigs off the coast of New England. He was consulted by several nuclear power companies, fossil power in project management, construction, and outage management. He had taught in middle schools and had trained offshore employees in performing their duties—correctly and safely. He also helped in designing construction roadways, lite rails, bridges and city parks.