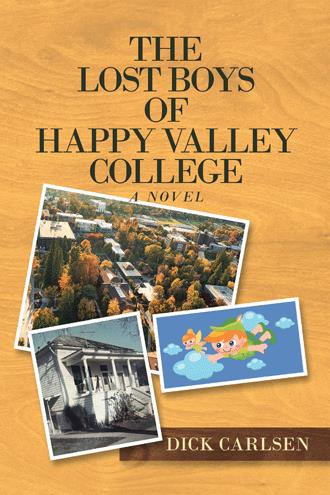 Sunday, October 12, 1969. “Benny,” Dave whispered, “will we ever be able to re-live those past four or five years in any way?”
Benny sat silent for a moment, digesting all the ramifications of what Dave had just asked. Finally, with clarity, he stated, “No. No, Dave, we won’t.” In words that have been uttered in many different contexts, he simply said, “You can’t go back.”
Dave should have been stunned, heart-broken, but wasn’t. He also knew the nostalgic part of his DNA would want to, and that there were people suffering more severely from that symptom of the Peter Pan Syndrome that constantly looked back, could not move forward, and lived life that way. It was okay to occasionally be nostalgic, for it was good for the soul and pleasant, but not to let it cripple you from moving on and taking on more responsibility, focusing on the future. “You’re right, you know. But it’s tough to put this idyllic part of our lives behind us and move on.”
“I know, buddy. We’ll just have to make some opportunities to try and re-live at least a few elements of our Happy Valley College days. We just don’t know when or how or in what form.” Prophetic.
“You know, Mrs. Darling left the window open out of love for her children and for their return from Peter Pan’s Neverland. This is sort of the reverse. Will there be an open window for me, or any of us, to return to our Neverland, Happy Valley College?”
“Oh, boy. You are enamored, aren’t you?” he chuckled. “Just think in terms of some future visits to the campus and you will not be disappointed.”
Dave smiled. “Yeah, but I’ll be okay. Really. We simply had an experience that cannot be replicated. Have to accept that.”
“Time to get serious about life and move on, bro.”
“True.” Dave should have figured that out on his own. Hell, his life now consisted of wearing an Army uniform every day. Real life.
“You can always make the drive up to HVC, but it won’t be the same.”
“True again. But you know that the magic of HV will remain a part of us forever. It will tug at our psyches like a child pulling on his dad’s coat sleeve.”
“No denying that. The question is,” as he looked around the table, “can we, will we move on from the past five years and do something with our lives? Maybe we can show up those Cal and Stanford guys.”
Time would tell.
At that moment, Brad looked down the table, saying in a form of jest, “Hey, you two, you’re looking quite serious down there. Join the party!”
“Hey, Brad, and you’re right. We were just sharing some personal reflections on all this, all of us, the camaraderie, you know,” Benny responded. With a laugh, he added, “Hey, man, we’re still here, ready to rock and roll.”
“Good!” Brad replied with a big smile. He knew what they were talking about.
And with that, they were all tipping brews and animatedly recounting horror stories from Happy Valley days.
They were sitting in the Stadium Tavern not far from Candlestick Park in San Francisco, from where they had come after watching a fellow Happy Valley College football teammate and friend, Rick Sanchez, playing for the Baltimore Colts against the hometown San Francisco Forty Niners. The guys had opted out of going to a favorite rugby bar called Sal’s for a few beers. It was across the city at the oceanfront, so Dave had suggested the Stadium Tavern.
Everyone agreed, so off they went, driving up Gillman, then turning right onto 3rd Street, which turned out to be a good spot for a couple of brewskies because it was relatively close to both Highway 101 and Route 280 that could take one south toward San Jose, north toward the Golden Gate Bridge, and east toward the Bay Bridge and Oakland. Or, across the country or ultimately across the oceans, as we’ll discover.
The Stadium Tavern was not the pristine, fashionable Henry Afrika’s of the Union Street bar milieu in the city. It was in an older, rundown part of town with dirty, cracked sidewalks, mixed retail, services, and apartment buildings, and was rather a working-class watering hole. And it smelled and looked like one. The group was able to find a large table for the eight of them, and they made it simple for the waitress – “Just keep bringing pitchers of Olympia”, she was told. And that is what she did for this thirsty bunch that quickly got into chatting about life post Happy Valley. Crowded around the table were our boys Dave, his twin brother, Dan, Jack, Benny, Rob, Brad, Chip, and Brent. A fine group. A tight brotherhood. They all knew the conversations would center around their wonderful Neverland years at HVC, but first, they wanted to talk about the game they had just attended at Candlestick Park on a perfect football weather day with zip humidity, seventy-five comfortable degrees, blue skies dominating, and a slight breeze that was unusual for the stadium known for its windy conditions.
“Can you guys believe that monster punt by Rick?” exclaimed an excited Brad.
“Incredible,” beamed Brent.
“Had some great hang time, too, which helped his team down the ball inside the Niners five-yard line,” added Rob.
“The Niners were going to need a miracle to move the ball ninety-five yards with less than a minute on the clock,” said Dan.
“And they didn’t get it. Bet Rick’s a happy guy,” said Dave. “And to beat a fellow original NFL team. They’ve both been around a long time. We all watched and rooted for them in the fifties.”
“Too bad we couldn’t see him off after the game, but Rick and his teammates would have been hustling to shower and to get on the bus to the airport down Highway 101,” offered Brad.
“Okay, enough about the game,” Chip yelled. 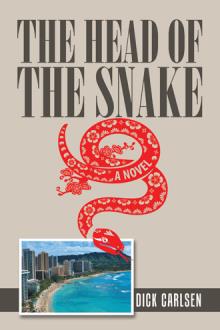 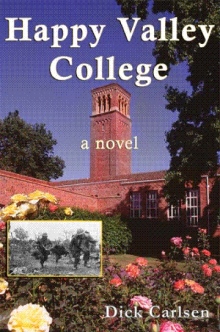 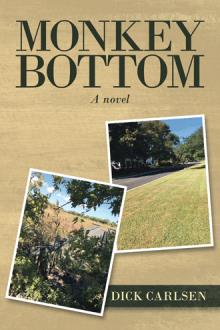 As a Peter Pan fan, imagine yourself flying in your dreams, without Tink’s fairy dust. While flying, you “see” other kids your age also flying. The story employs that fantasy. Eight young boys meet in their Peter Pan-induced flying dreams in the 1950’s. Destiny brings them all together in 1964 at Happy Valley College, a Disneyesque Fantasyland and Adventureland campus in northern California, where they form a bond, a tight brotherhood through athletics and their share of mischief-making, so much like Peter’s “Lost Boys” on Neverland. After one such incident they are brought before the Dean of Men, also a Peter Pan fan, who judges them of 19th century English public school “good character”, and symbolically labels the group his “Lost Boys”. The Lost Boys graduate, deal with the ever-present military draft and Vietnam War, and go their eight separate ways to pursue careers and live their lives. Their remarkable careers would make the dean proud. One quasi-Lost Boy, Tim, suffers demonstrably from Peter Pan Syndrome. In 2016, almost fifty years since the Lost Boys were all together at a San Francisco Forty Niners football game in 1969, they have a “seventy-year-olds” reunion at their campus, filled with adventures, mishaps, and renewed camaraderie. The week-long reunion concludes, and heartfelt farewells dominate. Does Tim beat the Syndrome? Will there be another reunion with all eight of the Lost Boys?

Dick Carlsen was born in and grew up in the San Francisco Bay Area. He attended Chico State College, graduating in 1968, and completed his graduate studies at Indiana University. He is retired after a 44-year Navy civilian career, during which he traveled extensively to Navy activities worldwide. He lives in Virginia Beach, Virginia, with his wife Cathy and their rescue dog, Woody. They enjoy occasional trips to South and North Carolina beach areas, and Lake Gaston in North Carolina. His other novels include, Happy Valley College, The Head of the Snake, and Monkey Bottom, the latter a Navy-centric story.