"Vestige and the Skies of cMaj." 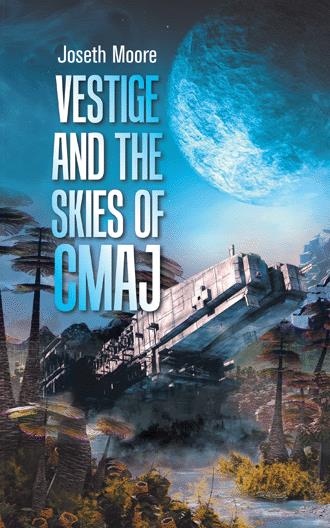 CHAPTER EIGHT: Tech-Housenn still found herself mesmerized by the sight of the Colony’s generational-ship; so big in the planet’s night sky that it appeared as a nearby star; a beacon of stasis as it remained docked at its geo-centric orbit around cMaj. At first, Tyra thought of the mothership as the anchor. But, of course, if the planet’s atmosphere were the water and the Ship a boat at sea, what were the scouting missions on cMaj and its three moons, then…? Suited up in her space-protectant, she was taking a break from setting up the small scouting party’s semi-permanent camping grounds. She was used to having synthetic laborers do most of the manual tasks whenever she worked on projects, but the synths the scouting crew had were already traveling toward other regions of the continent they were on. The synths did this via their built-in rockets, but they merely skimmed the ground…they weren’t aircraft, so they couldn’t go too high. Plus, it was a way for the mechanized beings to preserve their energy. The five other scouting members were, also, taking a respite. Each one of them doing their own thing to relax. After they all had gone back inside their scouting ship in order to eat a meal, some stayed inside a little longer; others suited back up and took some alone time outside the ship. --Static came over the cerebral-comm… It caused the maintenance technician to flinch out of surprise! She looked back at the camping grounds to see if it was any of her crewmates. But, via her cerebral-comm, Tyra was able to tell it was none of them. “Lunar scouting teams One, Two, and Three, this is Maintenance Technician Tyra Housenn…did any of you, or your synths, try to contact me?” Well, that caused her scouting crewmates at the camping grounds to sit up or look out of the scouting ship and put their attention onto Tyra! “Negative on engaging comm with you or with any of your scouting crew, Tech-Housenn,” came Astrophysicist-Marrisa Pumont of lunar scouting party number One. “That’s a match, here,” came the voice of lead-scout for the lunar search party number Two, Astrophysicist-Benn Latun. “So,” voiced Astrophysicist-Zeene, of lunar scouting party number Three, “you know I’m going to say it was not me…what are you saying, Tech-Housenn; you got some kind of interference?” “Synthetics of cMaj scouting party,” came the leader of all of them, Astrophysicist-an Preun, “Scout-Lead inquiring if any of you tried ‘comming Maintenance Technician Housenn or anyone else from any of the scouting parties?” All five of an Preun’s synthetics responded, Negative… …there was silence over the entire, four-party scouting mission’s comm-network! “Probably just some feed from the Colony,” one of the scouting members from lunar scouting team number Three speculated over the cerebral-comm. “Then why don’t any of us hear static now, or from when we first landed on cMaj,” Tech-Housenn contested. No response from her scout-mates… “Tech-Housenn,” Astrophysicist-an Preun said over the comm, “why don’t you come back to the camp…this is not one of your famous excursions back on the Ship. I don’t want to take any chances…Your parents would boil the life out of me if something were to happen to you!...Which of you synthetics on cMaj is closest to our campgrounds? I’d like two of you to re-direct back to the campgrounds…” “Number Four, Astrophysicist-an Preun,” synthetic laborer number Four spoke up over the cerebral-comm. “Number One, here, as well, Astrophysicist-an Preun…we’re about the same distance from the camp right now.” “Number Four, please divert your trajectory to the camp…I never thought I’d actually say this on an otherwise-empty planet, but we might need you to guard us! Number One…please continue with your mission. One synth should—” “If I may, mission commander,” synth One rebutted, “but there is a total of five synths on this mission under your direct command. Three other synths can, yet, cover a great distance…I highly recommend having two synthetics at the base with the humans under these conditions.” Astrophysicist-an Preun glanced at the others on the base for a gauge. They merely shrugged. As did the mission commander. “That’s an affirmative, synth Number One…synths Two, Three, and Five, continue your tasks as given!” 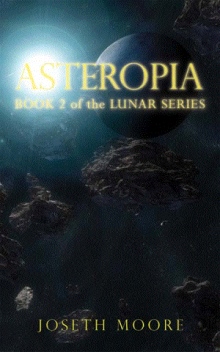 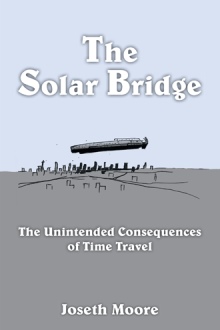 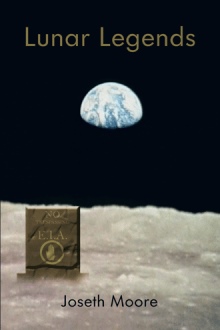 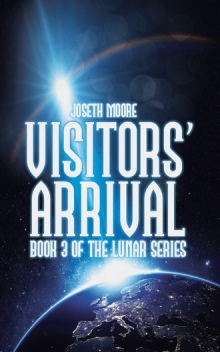 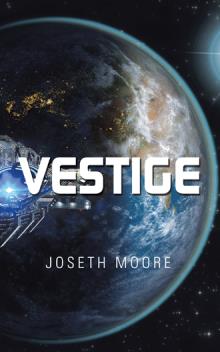 It is a distant future. A generational spaceship becomes a world unto itself. To Maintenance Technician Tyra Housenn and her generation, it’s all they’ve known. Tech Housenn and her search team find an ancient signal on the Ship; an alarm that has existential implications for the colony! How the crew of starship Vestige handles the fuel crisis and the colony’s 2.5 million citizens will be vital to how they approach planet cMaj… Twenty years later, after the colony is unexpectedly forced to settle on cMaj, all is not well among the humans! The colonial Tribe has broken up into three separate Clans. Now, Tyra’s daughter, Miriana, has taken up the mantel of Councilor! Things are very different with Miriana’s generation from her mother’s. For humans are in a political competition to build flying air machines. But they are not the only ones in the skies of cMaj!

Joseth Moore is the SciFi & Paranormal author of the eBooks: The Time Catalyst, Dead Silent, The Gentle Conspiracy, Cousin Josh, The Jamesons, The Department of Terrestrials, etc. And Novels: Vestige and the Skies of cMaj, Vestige, Visitors' Arrival: Book 3 of the Lunar Seris, Asteropia: Book 2 of the Lunar Series, Lunar Legends, & The Solar Bridge: The Unintended Consequences of Time Travel. In 2018, Moore began his paranormal investigations & blogs, The Para-Events Blogs.