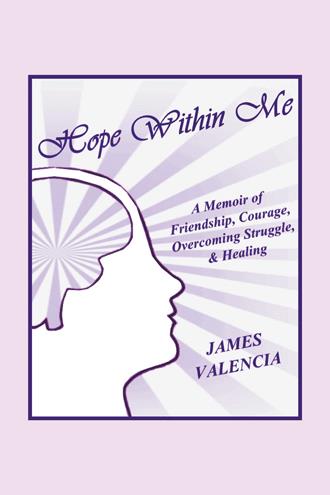 It was a busy Wednesday night, where the new fraternity class had an event. A last-minute task needed to be done for me, so I headed to the fraternity house. I had been waiting until the last minute to get a task completed compared to the rest of my fraternity class. To get to the fraternity house, you needed to pass the baseball and softball fields. It had been dark at that time and it was eight or eight thirty at night, but I needed the task completed. Walking with my music binder in my hands, I was alone on my way. I was crossing the softball field, as I was trying to make it in a faster time. I started to feel funny. That was all I had remembered before I found myself on the ground in the middle of the grass of the softball field, with my binder and papers spread out on the ground twenty feet away. I stood up, staring, and looking around. It was a dark part of the campus where no one went at night, so no one had seen me. I went to pick up the binder and papers, only to debate on going to the fraternity house. I ended up sitting on the softball field bleachers and cried at my shame. I had known some of the active members knew of my Epilepsy, but to what extent I hadn’t known. I sat and cried, I knew no one could hear. Before long, I texted my Big Brother and told him I was “sick” and wasn’t able to make it to the house or to the event that night. Since he was the President, he had excused me. The next event night came. I had been scared at what I had missed at the previous event. And even more scared at what everyone would say to me. No one had known I had a seizure. “Jimmy, we hope you’re feeling better.” the Fraternity Education Officer said. “I am.” I replied. Although I still felt the shame of my health on my back. That night, the event went on. They finished the night by asking how everyone was doing. I had sat three seats away from the Fraternity Education Officer and my Big Brother. “How are you doing with Process Jimmy?” I had stared at the ground for a while before answering. My eyes started to water. “I’m doing okay. The events are going fine.” My throat tightened. “I wasn’t sick at the last event. I was scared to go. I had tried to go to the fraternity house the other day, and on my way,” I hesitated, “I had a seizure and found myself on the ground with my books spread out on the ground. I tried to walk to the house door but was too ashamed. I didn’t want to be a burden on you guys, so I went home instead. So, I texted my Big Brother, and stayed home at the last event.” While I said this, tears streamed down my face, and I was barely able to speak the words, but instead forced them out. It was silent for a minute. I had felt like the mood of the room had changed. We moved to the next two guys in my class before we had finally reached the Fraternity Education Officer. “Thank you everyone. I just want to let you know,” he paused and looked at me. “None of you are a burden on us. We consider you brothers. Jimmy, if you would have knocked on the fraternity house door that night, we would have welcomed you in with open arms. We love you brother. You are not a burden.” He said as he came to hug me. I soon felt another embrace from behind me. “I love you Little. You are not a burden.” It was my Big Brother Soon, all of the active members surrounded me, along with my own fraternity class, all of them hugged me and said the same thing, “We love you Jimmy, You Are Not A Burden.” Tears ran down my face, along with other members, who also cried. My heart felt overjoyed with the love and compassion that these men brought to me. After the event had ended, Kris was kind enough to take me home that night.

AT FOURTEEN YEARS OLD and deeply rooted in faith, family, and friends in a small Southern California town, James Valencia was diagnosed with Epilepsy, a seizure and neurological disorder. It seemed like a heavy burden upon his shoulders at such a young age. As he and his parents tried to get him the medical care he desperately needed, he was put through many Anti-Epileptic medications throughout his journey with Epilepsy. Some failing and other working. The constant torture of never knowing when a seizure would occur overwhelmed him. He needed to choose between giving up his faith and hope or decide whether he was going to trust it would be okay. By examining the battles of his life over the years he has lived with his diagnosis, James traces the complexity of his health and the journey it has taken him on. He is able to find the love and support within his friends, family, community, and himself. Despite the heartbreaks, tears, and trials he has endured, he finds hope in the shimmer of light barely left for him to see. This memoir is a testament to the love and hope that survives all the battles that were placed upon him.

JAMES VALENCIA graduated with his Bachelor of Music in Education & Voice Performance, as well as a Master of Arts in Education for Learning & Teaching. He currently sings in a professional choir in Southern California, where he also teaches music and choir. Valencia devotes his time advocating for Epilepsy awareness and is a strong voice for those in the Epilepsy community. He participates in multiple Walk to End Epilepsy walks to raise awareness, and consistently helps raise funds for different organizations to help find a cure for Epilepsy and seizures.