Death On A Desolate Piece of Ground 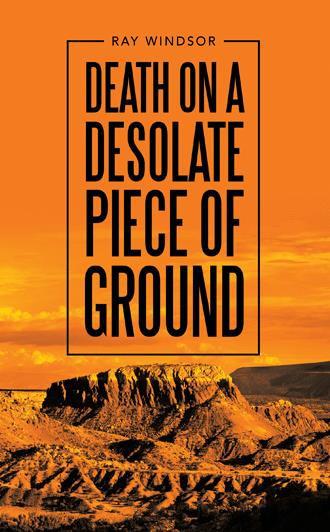 There were no empty seats in the public gallery of the Catron county courthouse.People who came too late to get a seat stood crammed at the back of the courtroom. Most of the seated people in the audience were ranchers and their families, who were dressed in their Sunday best for my trial. They had come early to make sure they would get a seat. They wanted to see me convicted for possession of stolen cattle. Only some of them had been victims of rustling, but all of them knew a family who had been victimized. The trial was during the Depression, a time when ranching families struggled to get by. Having cattle stolen, made their struggle even more difficult. These ranch families craved vengeance, but they sat quietly in the audience, knowing their presence would influence the jury’s verdict. In earlier times they would have hung me without the benefit of a trial. But this was 1934, and the state of New Mexico, which was recently admitted to the union, now demanded the pretense of being civilized. From my seat at the defendant’s table, I viewed the front of the small courtroom that oversaw law and order in Catron county. The wall alongside of me had a tangled rust and coffee colored water stain that ran in an uneven streak from the ceiling to the floor and spread across a tiny portion of the flooring planks. There were cobwebs hanging from the corners of the ceiling that faced the public Gallery. A dusty coating on the tabletop revealed the impressions left by my hands and arms. That lack of care for the courtroom aroused concern about the county’s promise of justice.My court appointed attorney pleaded leniency due to my youth and homelessness. He presented me as an orphan who needed help. Not punishment. The DA stuck to the facts that I had stolen cattle on the property, and that I had taken possession of a home I didn’t own. He told the jury that I was a wayward youth who obviously lacked respect for other peoples’ property. He said I needed to learn right from wrong, and that would require doing hard time. The jury had been sent to a secluded room to determine whether I was guilty or innocent. I looked at the judge as I waited for the verdict with sweaty hands pressing down on the edge of the table in a struggle to stop squirming. My eyes shifted from the judge to the jury as they filed into the jury box. They took their seats and sat in solemn silence. The bailiff grasped a sheet of paper that was handed to him by the jury foreman. The bailiff walked the paper over to the judge’s bench and handed it to the judge. He lifted the sheet of paper close to his face and read in silence. Removing his glasses, the judge addressed me. “Jesse Woods, you have been found guilty of possessing stolen cattle, and are hereby remanded to the Catron county jail until you are transported to the Santa Fe state prison for a term of one year.” The ranchers nodded in agreement with the verdict, as the courthouse audience sat in silence. The judge slammed his gavel down, sending an explosive boom across the courtroom. “Take the defendant to his cell.” Shudders surged across my chest and arms as two deputies grabbed me, and began walking me toward the side door. Lacking the strength to resist, I turned my head and searched over my shoulder for my family. My mother sat on the first row, wailing “no, no.” She wiped tears from her eyes with a handkerchief as they led me away. Turning my head so I could watch her over the other shoulder, I saw my two younger brothers, Joe and Wade, seated next to Mom. They were both crying, with their little balled up fists rubbing their eyes. I looked around the courtroom for Dad, but he wasn’t there. The deputies led me across withered, wooden slats that whined with each step of my removal from the courtroom. Passing through the side door, we walked down a hall to a room with several unoccupied cells. The deputies stopped in front of one and pushed me into the empty cell. They slammed the cage door shut. Clunk. A hush flooded the jail cell. The silence grew in volume so intense it was deafening. Surrounded by stillness, a shudder crawled up my spine and spread a chill across my body. I looked around the jail. There was no one else. That night, during my sleep, hands grabbed me and pulled me out of a prison cell. I was held down as fist knocked the wind out of me. Blows crushed against my face, bringing tears to my eyes. Hands ripped my pants off. Only my screaming, kept me from the torment that would have followed. My shrieks bounced off the cell walls, stirring me from the nightmare. I looked around to find myself in a cage with vermin scurrying to get away from my screams. They quickly squeezed through the slotted drain cover, and the pitter-patter of their paws disappeared down the drainpipe. Once again, silence filled the cell.The next morning, a deputy entered my cell. His hands stabbed at me. Jerking back, I bumped against the wall. His fingers wrapped around the collar of my shirt that he used to yank me from the cot. From the floor, I saw another deputy enter the cell holding chains. He said, “We can do this the easy way, or we can beat you into submission.”

Jesse decides there will be no more beatings at the hands of his drunken father. He runs away from his family’s ranch and joins a group of homeless teenage boys in squatting on an abandoned ranch house. To get by they rustle cattle in western New Mexico during the 1930’s depression. Jesse is arrested and sentenced to the state penitentiary. He discovers that prison is a place of vicious guards and brutal convicts. He learns that his survival is based on knowing and following the prison’s unwritten code. Jesse survives his sentence and is released from prison. He believes that being feared is the secret to survival. To him everyone is either a predator or the prey.

Jesse joins a rustling syndicate when he returns to the ranching community. While hiding out, he learns about a lost treasure in western New Mexico and becomes obsessed with finding it. The more he searches for the treasure, the greater his need for finding it. His fear that someone else will find his treasure triggers a surge in his distrust of other people. As his paranoia rages, it drives him to commit multiple murders.

Jesse’s two younger brothers, Joe and Wade, return from World War II as grown men hardened by combat who no longer idolize Jesse. Instead, they suspect him of killing their father while they were away fighting in the war. The hard feelings between the brothers sparks a fight between them at a reunion on Mom’s ranch. The mutual distrust between the brothers culminates the following summer in a tragic confrontation between the three brothers on the malpais, a desolate lava flow.

Ray is a native New Mexican. He graduated from the University of New Mexico. He lives with his wife in Colorado. They are both writers.