Poetry and Prose of an Octogenarian 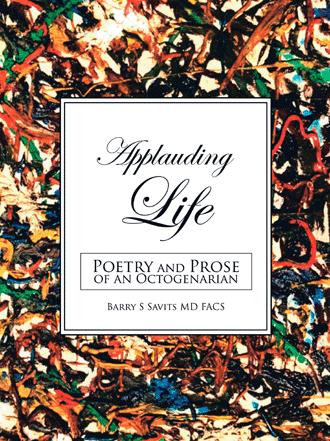 Doodles Are Doodles really Absent-minded scribbles? Why the stroke above Rather than below, Circles and not X's, Triangles instead of a wavy line? Perhaps they are not completely Free from mind's intent, Yet they speak enough of chance And open-mindedness To be the closest font for The ideas and meanings Of what you will meet As you travel through The alphabet From A to Z. Chess Mars moved his Knight On Aphrodite's chessboard And gained a front-row advantage in the battle before them She then took his Rook. Men mired mainly in mud On top of the mount, Holding tightly, to keep control of a piece of ground That they believed Was theirs - not His. No one smiled. No one benefited. Pain was on the faces of the wounded Laying bare chested on the ground. Ruined walls surrounded The grim reaper's harvest. Smoke from flash fires Filled the lungs of those board pieces That still remained standing. It was to be a battle to the end- But no one would win the war Which has been raging for millenniums With no resolution.... The pieces were set in place For yet another contest. The grim demeanor of both the players Most assuredly would determine the new endgame, Though endless in the end. So it goes, onward in time and place- Mere mortals sacrificed To satisfy the passions of the Gods. Until. .. .. . . .. There comes a checkmate, And the concession of the loser Rings true- for once. ------UNLIKELY------- Fireside Crackling sounds resound Marking the death of firewood Trapped in an iron frame fireplace Before me. Flames reach upward in irregular patterns As if trying to escape the glowing embers Beneath their feet. Amorphous beauty results Warmth abides From shared energy Exuding from fires scorching presence. I am comfortable and cozy. I lose myself. I allow my thoughts to float free, Which gives me entree Into Muse time. The fireplace become as my companion, Subtly promising me succor In moments of loneliness Or in joyous delight. Tomorrow's fire may present me with a different prize, But tonight, I know I have a winner. Serengeti I closed my eyes for just one moment and the world around me took on a life of its own. My vistas had changed. Before me lay endless grassy playlands, teeming with animal life. Giraffes galloped frantically, close by- their long, thin legs drumming noisily against the dry earth. Bok deer and zebras grazed peacefully in the hazy distance. I looked down upon my skin, which was deeply black. I was draped with a cotton tunic and reed sandals graced my feet. The sun's orb beamed full blast against my body and the surrounding fields of plenty flushing out my consciousness My village lay behind me in the distance. I walked slowly through the gracefully waving grass, intent upon what I would encounter when I reached the compound I called home. I dragged behind me the results of my daily hunt- to feed our people. The brambled branches of thorny bushes surrounding our simple mud huts with thatched roofs provided us with security against the predators of the veldt. The Serengeti provided us with bountiful sustenance, but also ever-present danger. Our huts offered low lying circular entrances which helped us control whoever entered our personal inner sanctuaries. We could see who was coming. My wife was lying on her back upon our leather sleeping sheet ln the middle of the floor she was in the throes of childbirth- grimacing and straining the veins in her neck protruding like fleshy tunnels. Her mother and the village birth assistant were with her. There was desperate hand grasping and cries for help and sympathy. It was a time of great emotion. Its outcome would spin another life into the world filled with other humans. And then, it happened- quickly- a head appeared and then shoulders and then a body and a pair of legs. A shrill cry signaled the birth of the child- a girl. The shrieks all of the ladies-in-waiting co- mingled with those of the infant. Eagerly I reached out for my daughter, to embrace her in my arms. I snuggled her closely feeling the warm, wet body against my breasts. At that moment my eyes opened wide. I found myself looking into the eyes of a bespeckled blue-eyed cop. My arms were around his legs. He was yelling threats at me, warning me to get up and move. I was lying against a cellar's heating vent next to a seedy bar and grill. ".Get moving you drunk. Homeless bum. Go!" I rose...... and staggered away...... to where I wasn't sure. No place in mind. Perhaps another heated locale. I was back to grim reality; but I am richer for my recent memories. Someplace, some time, another me was living a very different life.

This collection speaks ln the genre of poetic prose. It incorporates language containing both dramatic and narrative elements in poetry and stories. They are expressed in memories both serious and whimsical. Social Consciousness abounds. Enjoy, agree or disagree; smile/cry- or just think about the written words. I leave them as my legacy and as a dictionary for those who might explore my meanderings. All this, the product of an 85-year-old citizen of the world he dearly loves Who will regret when the time for leaving it arrive

Barry Savits was born and raised in Chester, Pennsylvania. Except for several year-long hiatuses, he has made New York City his personal residence - since 1960. He attended Princeton University and the University of Pennsylvania Medical School. A surgical residency followed at Mount Sinai Medical Center in New York. Subsequently, he spent a year in Cuenca, Ecuador with Project Hope in 1965/ 66 to successfully salvage a failing medical school and train its surgical staff. He has also afforded in-country medical care in Afghanistan and Kenya. He has had the honor of serving his country as a Commander in the US Navy for 2 years during the latter part of the Vietnam War- in Guam and Morocco. A surgical career in Brooklyn, for 40 years, followed his national service. He was Director of Surgery at the St. Mary’s Hospital and the Kings brook Jewish Medical Center for 28 years during which time he was involved in resident and student training as well as clinical research. He fostered the concept of “Outreach” through participation in neighborhood clinics and support for local family practitioners. The remainder of his career was spent in the private practice of surgery. He is the proud husband to Joseph Meaney, a dedicated Middle School teacher. His pride and joy are his four sons and their families. He appreciates the gifts life has afforded him and supports “give back” in all its ramifications.