by Stephen A. Mick McClary 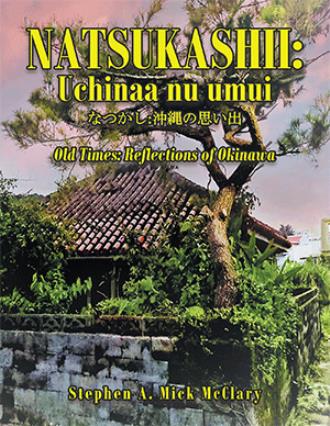 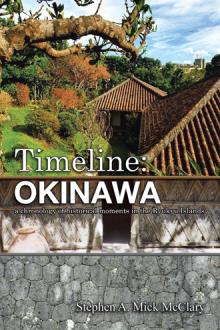 NATSUKASHII: Uchinaa nu umui / Old Times: Reflections of Okinawa offers you an extensive up close and personal experience as you follow me day by day, throughout my last five trips to Okinawa. I detail what it's like to live and play on the island by way of reading daily accounts complemented by historical details that are woven into my dialogue as well as links to hundreds of my videos that allow you to accompany me on adventures from underwater caves to the majestic top of Rainmaker Mountain.

Ride along as I take you on windshield tours along the Okinawa Expressway and down country roads of remote outlying islands. Sail with me as I ferry to Ieshima or slog through the mud with me at a rice field festival. Traipse along through tall grass or laze at a chimujiruban. This book will get you as close as you can get to the real Okinawa without actually being there - which is kinda nice now since COVID has shut the door on vacation travel to Japan.

Stephen "Mick" McClary grew up and traveled widely, including three years in Europe, in a military family. It was in his adult life, and during his own military career that his first exposure to Okinawa occurred. He lived in Japan's southernmost prefecture, on the island of Okinawa, for over seven years in the 1970s and '80s. His love for Okinawa wasn't instantaneous.

Arriving on Okinawa the first time in 1972 as a newlywed and soon thereafter as a new father, Mick didn't delve into Ryukyu's rich history right away. He had things like family and job obligations that occupied the majority of his time until his departure in 1975. Such a pity that there wasn't someone there to prod him along, to encourage him to learn the language, to get out and explore. Ah, but there was someone who would have been happy to do the prodding, if only he had asked. His fascination grew during the 1980s and it has been a love affair with Okinawa and an Uchina learning experience ever since. Only after departure from the island in 1990 did Mick realize how much he had not accomplished throughout the seven years of living there.

As is the case for many of us, he didn't appreciate the opportunities at hand when they were at hand. That came later. As one might say, it grew on him over time. It was during the span of 1986-1990 when he was back on Okinawa as a busy Family Practice clinician that he began his infatuation with the history and culture of Okinawa's old Ryukyu Kingdom. Even during over four years of living on island there never seemed to be time to explore and to learn. Only after leaving the island a second time did he recognize and regret having missed chances to be more intimately involved in local history culture.

Recognizing how sad it is that so many people who currently live on the island do little more than their job and when they're not working they grouse and gripe about having "nothing to do." They say that they can't wait to "get off this rock and back home."

Mick created a website in 1996 dedicated to much of which he learned about the islands and the people. In 2013 he made his first trip back to Okinawa after a physical absence of twenty-three years. Four subsequent return trips in recent years, each lasting from 5-7 weeks, have given him further opportunity to immerse himself amid the people and to more deeply explore and learn.

Now, with this book, Mick hopes to be the one to prod and to encourage folks who are already there, folks who are on their way, and those who are contemplating a trip to Okinawa.

Mick and his wife, Debb, currently reside in west central Montana. They began their family with the birth of their two sons, DyLon and Zachary, both of whom were born on Okinawa. After returning to the States they adopted their first daughter, Brittney, from Calcutta, India, and shortly thereafter returned to Okinawa for another four years. During that time on Okinawa their second daughter, Kinsey, came along. Kinsey was adopted from the Philippines. Kinsey flew with them aboard an Air Force medical evacuation aircraft from Clark Air Base in the PI to Kadena Air Base on Okinawa. Her adoption was completed in Japanese Family Court, then re-adoption (to get official U.S. documentation) in Fort Benton, Montana. Finally, their third daughter, Ashley, came to them through adoption in Great Falls, Montana.