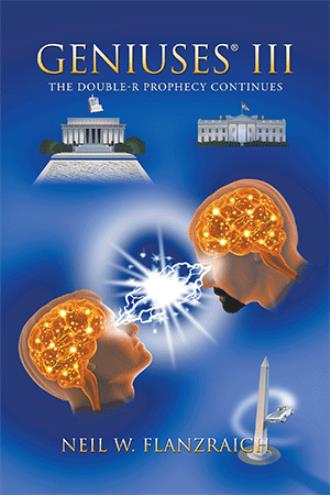 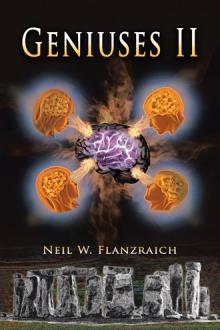 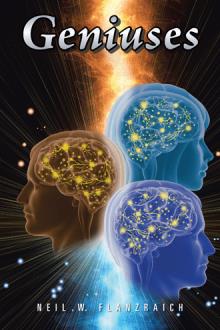 The evil Genius Arkady Astrakhan is the Supreme Ruler of Astrakon, a planet in the Andromeda Galaxy. He lives in a palace, has a harem and daily spends hours on his throne in an arena where gladiatorial combats take place. He is a sadist with absolute control over the planet’s population.

When Roger Reynolds, the leader of Earth’s Council of Geniuses, and Merlin, the 6th century wizard, destroy Arkady’s twin brother Abaddon, Arkady is compelled to leave Astrakon, and travel to Earth to avenge his brother. Arkady is handsome, 6-foot 6, with amazing mental powers. He appears to be a very fit and youthful 50-year-old, but is, in fact, more than 2,500 years old.

Roger learns that the bloody conflict raging today between the Astrakhan and Reynolds families began with the destruction of two planets and their populations in the Andromeda Galaxy 2,500 years ago.

Arkady arrives on Earth, and tries to destroy Roger and his team during the wedding of Roger’s daughter Roxanne. He is soundly defeated, but manages to get away. He concludes that he must acquire governmental power to be able to defeat Roger Reynolds, enslave humanity and despotically rule Earth.

To gain that power, Arkady decides to become the President of the United States. Using his Genius powers, his campaign for the Presidency makes astonishing progress. While campaigning, Arkady repeatedly attacks Roger’s family and friends, and even tries to seduce Roger’s wife Rebecca. Roger races to develop a way to defeat Arkady, without taking his life.

Will Roger prevail over the most powerful opponent he has ever faced? The fate of the world hangs in the balance.

NEIL FLANZRAICH graduated from Harvard College and Harvard Law School. He has worked in the pharmaceutical industry for over thirty years, and is currently the Executive Chairman of two privately-owned biotech companies, and a member of the Boards of Directors of two public companies.

Flanzraich and his wife, Dr. Kira Flanzraich, live in Coral Gables, Florida. They have two adult sons. One lives in Texas and the other in New York. This is the third novel in Flanzraich’s Geniuses® series.