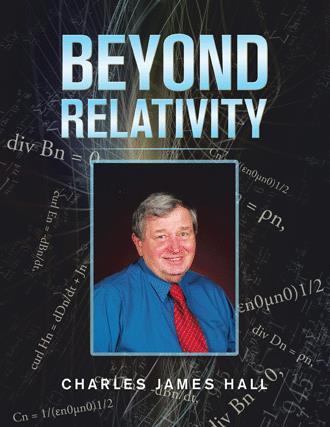 Charles James Hall’s initial paper ‘Hall Photon Theory’ copyrighted in 1998, & subsequent paper in 2006, explain how it is possible to build craft, that travel faster than the speed of light. Recent Photographs taken by Hubble appear to show gas clouds exhibiting a natural process which produces mirror images of the Milky Way & other galaxies. These recent observations, by Hubble, appear to support Hall Photon Theory, & radically alters our views about the universe. This most recent paper, ‘Beyond Relativity’ discusses the implications of this ground breaking concept, & should be read by every serious Physicist & Astronomer in the world.

This book is an expansion on Hall Photon Theory, first presented in 1998. Recent observations by Hubble support HPT, & nothing has come about against it.

Charles James Hall was born and raised in rural Wisconsin, USA near Madison. Charles enlisted in the United States Air Force July 20, 1964. While stationed at Nellis Air Force Base outside Las Vegas, Nevada for over two years, he served for extensive periods of time in the desert on the Gunnery ranges at Indian Springs, Nevada. This service as a weather observer, was followed by a year in Viet Nam where he served in the Mekong Delta. Charles received an award for surviving more than 35 communists attacks. A year after receiving an honorable discharge in May 1968, Charles married Marie, on the condition that he would go to college. In record time, he earned both a Bachelor's Degree in Thermal Physics and a Masters degree in Applied Nuclear Physics at San Diego State University in San Diego California. Charles did Ph.D. level post graduate work at the University of Maine at Bangor. Later he earned a Masters in Business Administration from Nova Southeastern University at Fort Lauderdale, Florida.