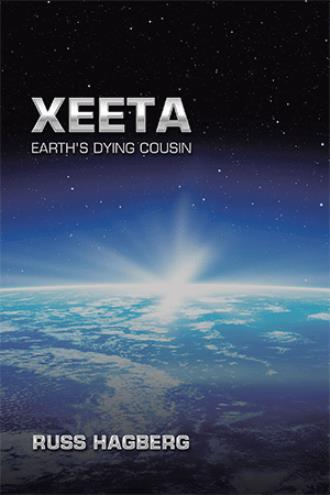 In a very close planetwide election held in July, 2026, Garlan Rostenlein, the forty-six-year old, unmarried, youthful-looking Senator from the nation of Brightoney, with blonde hair and a muscular build, defeats Dr. Jan Mayore to become Global President of the planet Xeeta. Recognizing the challenges that he faces, he convinces a somewhat reluctant Mayore, age fifty-one, to serve with him as the Vice President of the planet Xeeta. Garlan is unusual for a Xeetan male in that he is only 6’0” tall, which is the result of a childhood illness that almost killed him. Perhaps because of his relatively short stature, he became highly competitive in everything he attempted. He still holds every athletic performance record in the elite Xuprema military unit, where he served for five years. On the other hand, Jan Mayore, whom he defeated, grew up near the Xeetan equator in the nation of Zeelund and is a true academic. He is 6’ 10” tall, with dark skin and a gentle disposition. He is the president of the prestigious Maak University, and is reputed to be one of the most intelligent Xeetans on the planet. He and his wife, Eilee, have been married for twenty-five years. They have one son named Eiten, who is also an academic and is currently working on his PhD in Microbiology. Jan doesn’t particularly like Garlan, especially after what was a tough, sometimes brutally personal campaign. Despite that, he accepts his VP offer because he knows how desperate the situation is on his beloved Xeeta. He believes that he can help…and hopes to be a good alter-ego for the President. The two new leaders inherit a tough situation. The relocation of large segments of the population has resulted in riots, protests, civil disobedience, and even attempts to assassinate the respected, former President Mitzelee. Implementation of the one child policy planet-wide has also caused social unrest and in large part has been unenforceable. Substantial numbers of older Xeetans refused to move to other parts of Xeeta, instead stocking up on supplies, food, clothing, etc. knowing they will not be selected for relocation to another planet because of their ages. They prefer to simply die in their homes. Many others have decided to commit “assisted suicide”. It is a sad time on Xeeta and the big question being asked by everyone is, “Why didn’t we act sooner?” Shortly after the election, Rostenlein and Mayore receive a highly confidential private briefing from Mariay Yunong, the head of Xeeta’s Science and Health Department. “A major concern facing us right now is the deteriorating health of our older population. Our experts in geriatrics estimate that if the climate situation does not improve, and it will likely get worse, 50% of the population could perish within twenty years. Further, I forecast that several million children, under the age of ten, are also likely to die on Xeeta in that same time period.” She concludes, looking directly at Garlan, “Frankly, Mr. President, I fear these horrific numbers may be an understatement.” Garlan takes a long breath, walks to the window and stares at the frozen ground outside the Presidential Mansion. Finally, after thanking Mariay for her honest report, he turns and stares at her for a full thirty seconds. Then he says, “I am ordering you and your staff to maintain complete secrecy on what has just been reported. Any breech could result in even more wide-spread panic and riots. I will hold you personally responsible should any leaks occur and the punishment will be severe. Now please leave us to our own counsel.” Garlan Rostenlein picks up the phone and tells his administrative assistant to hold all calls and that he and Jan are not to be disturbed for any reason. He opens one of the custom cabinets in his office and brings out two small cocktail glasses and fills them with ice. Then he carefully pours two serious drinks of an excellent rye whiskey. Garlan turns to face his VP. “Jan, you must be asking yourself right about now, how in the hell did I get myself into this position? So, I want to give you an option that is only available right now, and will never be offered again. I will fully understand if you want to resign and move on to taking care of yourself and your family. We can explain it as a health issue and you can get yourself out of this mess. For better or worse, I have no family to worry about.” He is staring directly into the eyes of Jan Mayore. For his part, Jan sort of grimaces, then smiles, shakes his head, and looks right back at Garlan, “Hell no. I am no quitter, Mr. President. I am in this until the end, no matter what that may entail. The way I figure it, you need all the help you can get and I can’t think of anyone else on this planet that has a better personal relationship with every leader of every nation. In fact, I still can’t understand how the hell you beat me! If Xeeta wasn’t in such a terrible situation, I can damn well guarantee that I would have demanded an investigation and a recount, sir.” Both men stood up, looked eyeball to eyeball, interlocked their arms, chugged the rest of their cocktails, and Garlan said, “Thank you, Jan. I couldn’t ask for a better partner, so let’s get started!” “I am ready, willing, and able, Garlan!”

Planet Xeeta is located beyond the range of Earth’s most powerful telescopes and we have no idea that it even exists. Xeeta is a smaller planet than Earth, with a total population of approximately one billion people. They are an older, much more advanced society than any on earth, with technology 500 years ahead of ours. Unfortunately, planet Xeeta is dying a slow, but certain death. Their sun suffered eruptions 70 years ago which caused permanent damage. Since then, average temperatures on the planet have been steadily declining. After wasting twenty years arguing and debating, the Xeetans finally agreed that global cooling was real! Now, time is running out for life on their beloved planet. Their only hope for saving some of their people is to identify other planets with suitable atmospheres for sustaining Xeetan life. Earth is one planet that meets all of their requirements. Since their discovery of Earth over 50 years ago, manned spacecrafts from Xeeta have secretly landed in several nations across our planet. Based on these visits, the Xeetans have concluded that the United States is the best fit for their people. They favor a democratic society with a free enterprise economy. Xeetans also share similar religious beliefs with many Americans, and there is plenty of open land in the United States to potentially accommodate a large volume of Xeetan immigrants. Time is running out. The year is 2028. The question now for the Xeetans is how to make this happen…through negotiations or by the use of their superior military force? A group of Xeetans led by their Vice President, Jan Mayore, pay a surprise visit to U.S. President Gannon Walker. That question will soon be answered!

Russ Hagberg was born and raised in Chicago, Illinois. He served as an officer in the United States Army, Military Intelligence Branch. Russ earned a BS Degree in Marketing from Northern Illinois University and an MBA Degree from the University of Chicago. He served in several senior executive positions for both Santa Fe Industries and the Santa Fe Railway, including Vice President of Human Resources and Labor Relations, Vice President of Transportation Operations, and Senior Vice President & Chief of Staff. He also taught Strategic Management and Leadership classes in both the College of Business and the Graduate School of Business at Northern Illinois University, as well as in the College of Business at the Universidad Sergio Arboleda, in Bogata, Colombia. Russ has also served as a Leadership Judge in annual competitions for the University of Chicago’s Graduate School of Business. Russ Hagberg was a member of the Board of Directors of the Santa Fe Railway, the DM&E Railroad, and the Northwest Suburban Chicago area PADS organization. He is married with five children and five grandchildren. He and his wife, Kris split their time between Illinois and Arizona.