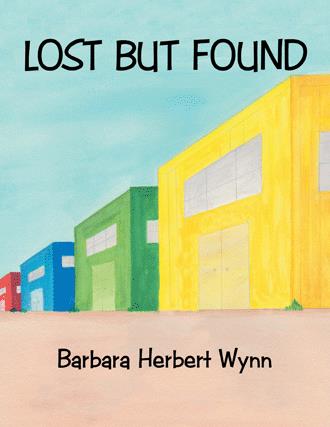 Have you ever felt afraid, fearful, anxious, or scared? I’m sure you have at some point in your life. We all have, especially in today’s world. Well, Noah, the little boy in this book, felt all of those feelings, at first….. But then, he remembered the secret weapon his mom had taught him to use whenever he was feeling anxious or afraid. (Yes, moms and dads, we do hear you!) Noah quickly used the weapon, immediately calmed down, and waited for his answer to come. That’s right, if you use Noah’s secret weapon you won’t ever have to feel afraid, fearful, anxious or scared again. Just like it worked for Noah, it can work for you!

Barbara Herbert Wynn from a very early age knew she wanted to teach children. She began her journey working with children as a babysitter in central Connecticut, the place where she was born and raised. Upon completing high school, she attended Livingstone College in Salisbury, NC where she earned a Bachelor of Arts degree in Elementary Education. She then began a career as an elementary school teacher in central New Jersey, fulfilling her lifelong dream. Spending the majority of her adult life in various parts of central New Jersey, Mrs. Wynn worked with children there as a teacher in both public and private schools, as a private tutor with Wynn’s Tutorial Service, (a business she established), as an educational consultant and trainer to the educational staff at various daycare centers, as a youth leader at her church, and the position for which she is most proud of, as a homeschool teacher to her youngest son. Needless to say, lots of children came under her tutelage and became one of “Mrs. Wynn’s Winners”, the name she coined for them. In 2016, Barbara and her husband Bruce relocated to central Florida. Missing her connection to children, Mrs. Wynn took a position, for a couple of years, as a caregiver in an extended learning program in a nearby school. She has now decided to finally retire, and utilize her many experiences with children to connect with them through books, this being her first of many! Bruce and Barbara are the proud parents of two sons, Bruce II and Brian, a daughter-in- love, Michelle, and are blessed to be the grandparents of Reyna and Xavier!