No Longer a Myth 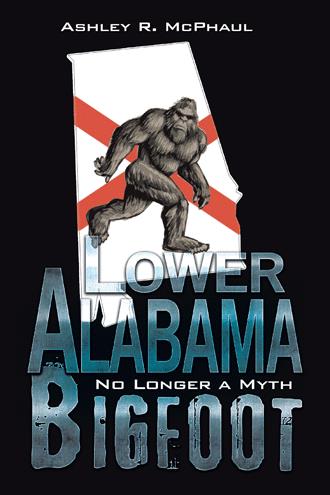 I decided at this point that I needed a dog. A blood trailing dog! Not to mention the fact that it would probably make me feel just a little safer being up there all night by myself. So, after doing some research, I came up with the perfect dog. A Catahoula. These dogs were born to hunt. They are adapted to the swamps and go back to the Choctaw Indians for deer and hog trailing. The French perfected them with strict lining, a type of breeding, over the next 100 years. A regular hound usually won’t do. That’s not what they are bred for. Hounds will chase the freshest deer scent. If it’s the blood, you’re in luck, but if it’s a doe that runs across the blood, then those dogs will go another mile or so chasing the doe into another county. So, off to Louisiana I went to get myself a Catahoula! I named her Nita and she was my baby, even sleeping with me for the first couple of months. She was just getting tuned in to finding wounded deer, with one successful mission already. I took her every time I went out, hoping we could get some blood on the ground. She was still very young and would never go far from where I was. At times, she would sit in the shooting house with me or Ashton. Even though you wouldn’t see a deer, she would low growl and let you know that one was about to come out on the food plot. This dog was pretty amazing. The next bow season, I loaded up Nita and we headed to Pine Orchard to do an evening hunt. I love bow hunting and couldn’t wait to get out there. I locked Nita up inside the camp house and off I went to go hunt under some white oak trees that were dropping acorns. I remember the date exactly. It was November 8, 2016. I can remember being high up in an oak tree in my climber while keeping tabs on the election on my phone, wondering if President Trump was going to pull it off. It was just getting dark when I heard a howl down toward Goat Swamp. Quickly, as usual, the coyotes cut it off. For a few minutes, I sat there listening, but all I could hear were the coyotes. It was getting too dark now to shoot my bow, so I decided it was time to get down. I eased my arrow into my quick quiver and tied my bow on my string. I was just starting to drop it to the ground when all of a sudden, out of nowhere, was a huge scream! At first, I thought it was a man yelling for help. What started out deep in tone quickly crescendoed into a high pitched scream. It was immediately clear to me that this was the man scream that Tommy‘s nephew had heard. There could be no mistaking it. Usually, because of all the activity up there, I carry a pistol with me. But not that day. It was just a quick hunt and I didn’t even have a flashlight. This scream blasted me and stopped me dead on my climber. I actually considered going back up higher in the tree. The howl was probably 200 yards away from me, but I could actually feel it vibrating on my chest. The only way to describe it was that it sounded like a cross between an 800-pound man and a firetruck. There is absolutely nothing in these woods that could make this kind of sound! I knew exactly what it was. I could not have been more convinced if one had come up and slapped me. After a few minutes of sitting, stunned, I knew that I had to get out of there. The howl, or scream, was in the opposite direction of my truck. Before I snuck down from the tree, I can remember distinctly praying, “Lord, I have always wanted to see this thing, to know for a fact that it’s real, but not tonight. Especially with a bow in my hand!” I made it back to the truck, constantly looking over my shoulder as I was walking out through the hardwood bottom. It seemed like there wasn’t a sound anywhere in the woods now. Then, as if on cue, the coyotes started back up and went crazy! They sounded as if they were almost on the very spot where the scream occurred. I went back to the camp, grabbed Nita, and we left. I can remember how grateful I was to see my truck and my dog. Whatever this thing was, you knew without a doubt that with him in the woods he was the boss! I went back the next morning to hunt again, this time in a different area. The coyotes were still hollering in the spot from the day before. But I did at least have my pistol on me this time. I didn’t know what the scream from the day before meant. I don’t know if it knew I was there. Why were the coyotes still in the same area hollering? I honestly think it was hunting in the swamp that evening. The scream stunned its prey long enough for it to kill it and the coyotes were still eating the leftovers. It is the only explanation that I can come up with. But as long as I live, I will never forget what I heard that evening. And, I now know exactly what Tommy’s nephew must’ve gone through hearing it that close to the camper, not once, but three times!

In two neighboring Alabama counties, each with several sleepy communities, hunters are being run out of the swamps, farmers are having their livestock threatened and mauled, and locals are hearing unearthly screams and howls. To have so many reports from one small area seems unusual, but that’s what is happening in lower Alabama. This book is a journey into those reports. What started with a roadside crossing that made the local newspaper and a local radio station morning show quickly escalated into Evergreen being named the Bigfoot Capital of Alabama. People have started talking about their own experiences and no one, including the author, could have foreseen all the stories that were out there. There are Bigfoot reports from all over the world and there have been many movies and books written. The uniqueness of this book is that most of the terrifying stories are within 30 miles of each other. Many are within 10 miles. Bigfoot is no longer just a myth in lower Alabama!

Growing up in Excel, or Lower Alabama, Ashley developed a passion for the woods and a love for all the nearby rural communities. He left these towns several times to serve in the military and to further his education, but always found his way back. He now works for the communities he loves as a nurse anesthetist. Ashley still has a passion for the outdoors. He enjoys hunting, fishing, raising Catahoula dogs, and has taught his own children the ways of the woods. Even the ways of creatures that aren’t supposed to exist! He loves folklore and has been a Bigfoot enthusiast for most of his life. He is a member of the Gulf Coast Bigfoot Research Organization (GCBRO), as seen in the T.V. series, “Killing Bigfoot,” and was recently featured in the documentary, “The Town that Loved Bigfoot.” Ashley has collected local Bigfoot stories and reports over several decades and has had many of his own personal experiences with this creature. He currently resides just outside the city limits of Excel Alabama.