"The Tortured Path to Flight" 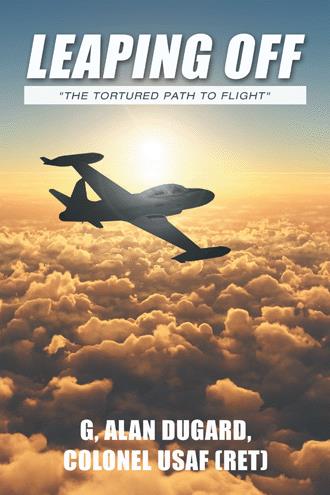 "Leaping Off" will take you on a saga of one individual who had long aspired to be a pilot, to fly. His journey will describe the many obstacles that he encountered as he enters this time where the vast majority of those with like desires and seeming ability falter and fail to complete this long, time consuming and mentally challenging journey to flight, "The Tortured Path". From his days as an Air Force ROTC student in college, his failure to,pass his initial flight physical and his finding a way to disguise that problem through the help and encouragement provided by others to his subsequent commission and training assignment upon graduating from college. Finally the path seemed secure, only to be faced with a pre-flight period where the intention was to discover ways to eliminate through physical activity that was designed to find small deficiencies in the many who were on this journey in order to provide the few needed to enter the actual flying process. Once free from this step the aspiring pilot and those who made it through this process flight training began at selected locations. Malden Missouri was the Primary Training base for one group of student pilots in this story. Civilian Instructors, all former combat veterans with many flying hours were each given students to start this mission. The number assigned were beyond the desired level with the intention that it would quickly be pared down to a working level of students. Our Lieutenant will progress through the guiding hand of a WWII Navy pilot and endure the subsequent military check rides designed to eliminate those who display hints of marginal ability. Despite the rigors of this phase of initial instruction He was selected to advance to single engine jet training, where he will endure continued levels of instruction necessary to learn the intricacies of flight. This phase will involve six months of the fine tuning in navigation, formation and instrument flight. His class of 56-H pared down to a tenth of those entering pre-flight will have win their wings without a fatality, a first in flight training history. 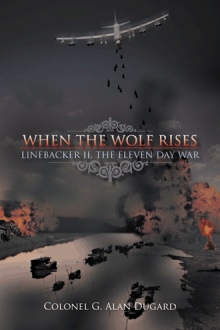 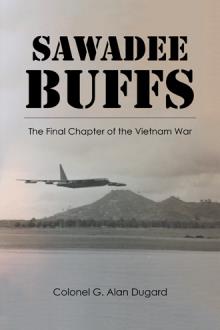 “Leaping Off” is a story about the rigors of becoming an Air Force pilot in a time when the need for pilots was at a low point, immediately following the Korean War. It entails the miniscule items used to wash out prospective pilots through physical and mental demands prior to being found qualified to enter pilot training. Once in the pipeline the fledgling fliers are now subjected to hours of flight time in various aircraft with instructors told to have little patience for infractions during flight. “Anyone can learn how to fly, but time does not allow all to fly”. The progression of skills demanded is an obstacle for many, the attitudes of instructors pays a toll and the ability of the students to conform to standards will determine who attains “Silver Wings”

Colonel Dugard is a command pilot whose twenty-six years of flying service began in Malden Missouri in Primary Flight School. During his career he flew over twenty-five different aircraft, including the F-102, U-2, B_47, B-52 and the supersonic B-58. He served as a B-52 squadron commander, participating in the “Eleven Day War’, known as Linebacker II, flying missions over Hanoi.. He was the wing commander of Three Combat Wings and was the final commander of a SAC wing in Southeast Asia. His awards include a Bronze Star, three Air Medals and three Meritorious Service Medals. His last assignment was serving as the 15th Air Force Director of Operations. He is presently a high school Administrator and Teacher.