The Rest of God

Entering the Perfect Day, The Day That Never Ended! 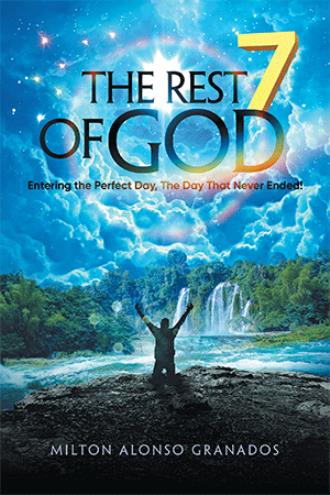 • The Perfect Day, The Day That Never Ended! God has wisely left in his Word powerful references, which like columns of light, illuminate the path that leads us to the treasure of his Blessed Day of Grace and Perfection. It was on the Seventh Day that all divine work was completed; it was also on this Day; that all creation was forever sanctified and kept under the design of its eternal purpose and wonderful blessing. Chapter one of Genesis sets forth the works done by the Creator in the first six days. In these first six days of creation, we contemplate the greatness and action of God's creative power (Hebrews 11:3), in the following way: 1. On the first day, the heavens and the earth were created (Genesis 1:1-5). 2. On the second day, the waters are separated, and heaven and earth are arranged according to his divine purpose (Genesis 1:6-8). 3. On the third day, God continues his work by separating the waters from the dry, and the multiplication of the seed according to its kind takes place (Genesis 1:9-13). 4. On the fourth day, in addition to the stars, divine wisdom determines that there is a greater light to reign in the day and a minor one to reign in the night (Genesis 1:14-19). 5. The fifth day would be the day when living beings would fill the waters, the earth, and the air (Genesis 1:20-23). 6. The sixth day was meant to be a fantastic day; it was on this day that, as a seal of love and crown of creation, the spirit of man and woman is given a body and henceforth become living souls (Genesis 1:26-31; Hebrews 2:14; Job 10:10-12; Ecclesiastes 12:7). 7. By the end of the sixth day, Elohim had determined that each previous day had already fulfilled its purpose. This is how the Scripture reports the beginning and the end of each of the first six days. Ø Genesis 1. 1. And there was evening, and there was morning-the first day (Vs.5). 2. And there was evening, and there was morning-the second day (Vs.8). 3. And there was evening, and there was morning-the third day (Vs.13). 4. And there was evening, and there was morning-the fourth day (Vs.19). 5. And there was evening, and there was morning-the fifth day (Vs.23). 6. And there was evening, and there was morning-the sixth day (Vs.31). Another beautiful and significant detail described in this creative account is that at the end of each day, God declared that everything "was good or very good." Ø Genesis 1. 1. And God saw that (the light) was good (Vs. 4). 2. And God saw that it was good. (Vs.10). 3. And God saw that it was good (Vs.12). 4. And God saw that it was good (Vs.18). 5. And God saw that it was good (Vs.21). 6. And God saw that it was good (Vs.25). 7. And God saw all that He had made, in it was very good (Vs.31). In all this glorious framework of God's creative design, there is crucial biblical evidence that we should not overlook. In each of the first six days, it is established that it was the afternoon and the morning; meaning this, each of these days, in the same way, it had begun, "had also come to an end." Hence, the fact to highlight within this entire biblical structure is that, unlike the first six days when reaching the Seventh Day, it is not said that this one came to an end. On this Day, because all the creative work has been completed, we are told that God Rests and Blesses the Seventh Day, establishing it as God's Eternal Day, the Blessed Day that began but came to no end! Genesis 2. 2By the seventh day God had finished the work he had been doing; so, on the seventh day he rested from all his work. 3Then God blessed the seventh day and made it holy The meaning of God's Day in the Scriptures is not precisely 24 hours, but this is a certain period in the divine calendar when specific revealed purposes are fulfilled. The Seventh Day of his Rest, or the Lord's Day, represents eternity. It is "God's continuum present" from where the realization of his work on behalf of man takes place. Not recording the end of the Seventh Day was not an error within the creation account. On the contrary, this was an intentional exclusion with which it is clearly stated that the Day God Blessed did not end on the Seventh Day but began then and continues still! On the Day of his eternal purpose, the Perfect creation was perpetually protected and sealed. Let us remember that once the Lord determines that everything, He has done was very good, as a final act of sovereignty, He blesses the Seventh Day, after which He Rests (Genesis 1:31; 2:2,3). At this precise moment, all creation is covered and protected by the One who, in his sovereignty, decides to point the way to Healing and Salvation. The Seventh Day or Resting Day is the righteousness of God manifested; it is perfection, lordship, purpose, and consequently, tree of life and source of all blessing. This is why, once we have discovered this powerful truth, the seal that will identify our life will be one of fulfillment, gratitude, celebration, success, and praise (Revelation 2:7; Exodus 13:6). The divine order and the design of its purpose (through the Blessed Day of his eternal Rest) is not only made known from the beginning of creation; it has also come to be the confirmation of God's government toward his church. 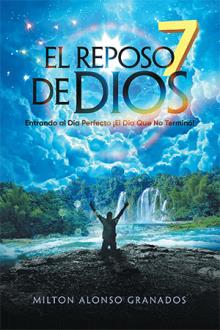 The success of this book lies in getting the reader moved towards a path that takes him from the relative and temporal to the infinite and positional. Once on this platform, the lector will be able to achieve all the benefits contained in God's Rest, the Perfect and Endless Day! This writing describes the Seventh Day Blessing as the Seal of God and the Day of Eternal Salvation. Through the Divine Rest, the Eternal's mind is revealed, and his design is laid bare, thus showing the purpose traced by his infinite wisdom from eternity. Once the believer is taken by this progressive line of fulfillment and faith, his mind will be able to travel back in time and see himself reflected in the very image of God's glory and the likeness of his power (Genesis 1:26; 2 Corinthians 3:18). In the Consummation of the Ages, the times have ceased to be, so now, the believer is able to transform not only his past and present but his future, too! (1 Corinthians 3:22). No wonder the Most High has reserved a method with which we can access all the benefits contained within the structure of the Divine Rest and its Celestial Gospel. Within this wonderful construction, we find that the number Seven is mentioned on more occasions in the book of Genesis and Revelation. Stamping, with this, the Perfect Seal of Alpha and Omega from day one and into eternity.

Christian minister and Bible speaker, Milton has promoted the good news of the Gospel through radio and television around the world. Currently, he resides in North Carolina, USA, where he serves as CEO of the non-profit Christian ministry and the international bible school: Eternal Gospel of the Beginning and End of the Ages, Inc.