One, Two, Three Times a Murder 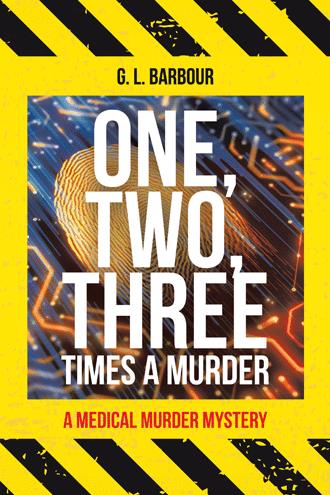 Tom Bolling was driving to work at New City Hospital in his truck. He liked his ride, the Ford F-150, with a standard cab, split bench seats and ample legroom so that he felt comfortably away from the traffic that surrounded him on the way in. Plus, he liked the height of the truck that put him a decent distance above the rest of the commuting traffic around Cincinnati. Tom had always thought of himself as one who looked 'far ahead' and the increased vision in the truck fit his image and his psyche. Tom Bolling was a retired brigadier general from the U.S. Air Force medical service corps. An orthopedic surgeon with combat zone experience, he had retired before adding another star in order to bring some stability to his life. He had taken the position as chief of staff at the New City Hospital in Cincinnati a few years ago and he and Sandra had nicely settled in to civilian life. Except, of course, that nothing about his new life and new position was 'settled'. Every day now started with a morning meeting with Sam Mastone, the hospital director, who wanted to know too many details about how things worked on the clinical side of the house. Sam was a former personnel officer and he tended to see things as entries in a Personnel Folder - with no gray shades possible. To Sam, everything was black or white, it was good for the hospital or not. And, clearly, what was good for the hospital was, in Sam's mind, also good for Sam Mastone. That perspective created a micro-management attitude that Tom found initially annoying but which after a few years had become a constant irritant and a growing dissatisfier with his job. Fortunately for him, Tom's wife was able to talk him into seeing a way of dealing with Sam that didn't involve either giving up to his micro style or resigning from the chief of staff role. Sandra's point was that everyone knew how Sam was and almost everyone had adopted a means of living with the man and his ways. Somehow virtually all employees of New City who had to interact with the Director on a regular basis had come to the realization that he wasn't about to change, so they did. At one point, early in his tenure at New City, Tom had mused about a plan that he had hatched that he believed would get Sam to change and become a better manager and leader. Sandra listened to the entire plan without much comment until Tom finally said, "what do you think, honey?" Her response was to ask, Tom to consider just one other thing. "Look," she said, "He is a career employee of the system, He has had several responsible jobs, Personnel Officer, Assistant Director and now Director of a large tertiary care academic hospital. He has gotten praise and raises and is now on top of the heap. Tell me what's not working for him?" Tom thought about this insight and was reminded about the old adage about how many psychiatrists it takes to change a light bulb - only one, but the light bulb has to really want to change. He realized that his plan to change Sam was doomed because the man didn't want to change and had no motivation to change. So Tom began to work on himself to change his response to Sam. He knew he personally was ill-suited to do the 'water off a duck's back' approach so he decided he would adopt a principal he knew from the Air Force. When an officer, especially one new to the command, tried to make changes in the system, the non-commissioned officers under that officer played the 'work to rule' game to its fullest. Every possible barrier, additional piece of paperwork and delay tactic that could be brought to bear was employed until the officer, usually beset by many other more pressing issues, just let the his or her idea of change die on the vine. Tom had made that work several times with Sam and other times he developed the business plan to show that immediate change was not necessary. And the result was that Sam appeared to be slowly becoming more open to listening to Tom's opinion rather than needing a formal study to convince him to listen. Nonetheless, Tom had other issues to face where Sam was not in the picture. First was the recent set of vacancies in the Cardiology Division. The work of this division was among the leaders in the income streams of the hospital and the vacancies were costing the hospital. The lack of salary outlay for the positions was not a real savings when one counted the loss of income those physicians and their procedures could bring in. Tom had asked the Division to help him determine the direction of recruiting - emphasis on research or clinical activity - and they were going to be giving him their recommendation very soon. He knew his approach to drumming up some candidates would be different for the two; he also realized that their academic partner saw the New City Cardiology Division as predominantly clinical teachers rather than researchers and he expected the recommendation to support that. Plus, he didn't really want to be recruiting at that level. In addition, Tom was planning a better push for getting the employees to get their flu shots this year. Last year only about 72% of the staff and employee base had done so and when the vaccine turned out to only be about 10% effective when the viral strain mutated, the hospital had difficulty maintaining a full work force in many areas while nurses, technicians and others were out sick. Tom was toying with an idea of having an all-employee presentation of the need for vaccination and then letting everyone watch as he and Sam and all the other Division leaders stepped up and got their vaccination.

Someone may be trying to kill an old homeless man on the streets of Cincinnati. Or is he just having some really bad luck? New City Hospital third year resident Ben Nealy tries to persuade his professors of the former and finally gets attention from Tom Bolling, chief of staff. Tom is a retired Air Force general whose daily activities involve him in quality of care issues beset by tradition. When he gets involved in Ben’s case he draws in an old friend, former Air Force Criminal Investigator Ron Looney to help identify the old man. At that point the case becomes deeper and more sinister than ever.

The author is a retired academic professor of medicine, public health and quality improvement. He has written two books and several chapters on health care improvement and more than 50 articles in peer reviewed journals. He and his wife live in Virginia.