FROM THE PLANTATION TO URBAN GHETTO 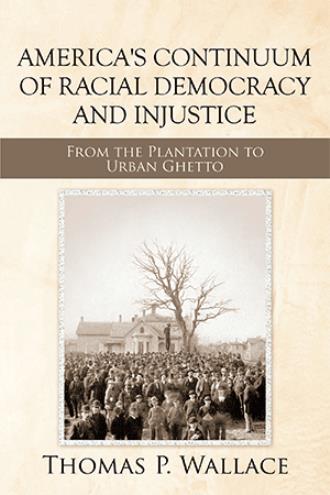 The Antebellum South: Cradle of 20th Century American Conservatism During America’s colonial period, most newcomers faced unfamiliar, intimidating, and unanticipated massive challenges in sparsely settled wilderness areas distant from organized communities, established governance and law and order, and commercial institutions, usually a striking and sobering isolation relative to the immigrants’ European experiences. However, the frontier offered unimaginable boundless rewarding opportunities, instilling a strong sense of individualism, dependence on self, binding loyalties to family and close neighbors, localism, and distrust of the outside world. Also, the colonies were composed of diverse and fiercely independent sub-cultures, each dominated by a small number of wealthy individuals and clergy with many people lacking a strong political desire to unify and create a more formal and stable nation state. Subsequently, an intense southern sense of regional self-reliance and determination, particularly among wealthy plantation owners of the Old South Black Belts, created “a self-contained and largely self-sufficient little world,” a mindset that became an ingrained element of the southern culture’s hostile defensiveness toward the outside world. Cash addresses this persistent frontier mentality and the ultimate 20th century stagnation of the South’s regressive social order: “The plantation tended to find its center in itself: To be an independent social unit, a self-contained and largely self-sufficient little world of its own. … One of the effects of the plantation system was to perpetuate essentially frontier conditions long after their normal period had run … to freeze solid many aspects of the old backwoods which has operated for individualism in the first place.”2 The existence of these “frontier conditions long after their normal period had run” perpetuated the Old South culture of poverty, lawlessness, frontier violence, insecurity, and a distrust of outside authority, strangers, and progressive proposals that would disrupt the status quo. Importantly, religious beliefs were the foundation of truth, that is the truth of faith serving as the basis for opinions, judgments, biases, and behavior with little trust in or reliance on new knowledge, particularly progressive social, economic, and political concepts. Consequently, over many generations, this static early southern heritage became solidly ingrained within the fundamental fabric of southern culture. And, this southern frontier mentality endured; “pioneers, never far from the frontier fringe of a new region in a new America; and the fabric of their culture was peculiarly fashioned by a folk-society, the nature and power of which transcended state and national forms.”3 But, unlike the individualism and independence of the wealthy southern slave and landowners and the business class that produced and controlled the region’s prosperity, the poor-to-middling white population was forced by their economic and political circumstances into “a self-contained and largely self-sufficient little world” of poverty and misery. And, this “little world” was overwhelmingly centered on agriculture.4 Most importantly, agriculture, whether that of small or large family farms or large plantations of the Black Belts, benefited from low cost slave and white labor, abundant cheap land, rich soil, and a warm climate. But, the early settlers faced intimidating risks of failure with few alternatives for survival. These frontiersmen were in an intense battle from day one against nature, weather, Indians, and aggressive, unscrupulous, powerful, and abusive wealthy landowners and merchants. But all whites whether large plantation owners, merchants, or laborers, recognized the necessity for social and political unity to strictly and forcibly dominate and control the Negro. In addition, family-farming landholders faced another form of domination and control from a small wealthy white power base, which maintained strict local control of political, social, and economic institutions. And, for those not in the small circle of power, the only acceptable attitude and behavior was to unconditionally support white solidarity and primacy. Above all, a new settler quickly learned the elite planter class “interpreted any challenge to their interests or power as a challenge to the system of subordinate labor upon which they depended. In their resistance to abuse from planters … poor-to-middling whites repeatedly showed themselves deeply committed to the caste line … to fulfill their rights as members of the supposedly superior race.”5 And thereby, the embryo of the South’s racial democracy culture was formed, creating a dominant white wealthy aristocracy that overwhelmingly, unilaterally, and forcefully captured and manipulated the reigns of political and economic power, thus being able to mold the structures and institutions of a unique social caste and class hierarchy. For Southerners, the survival of its white supremacy social order has relied on denying basic human and civil rights and dignity to poor whites, people of color, new immigrants, and non-Christians, and, when necessary, defying the law of the land. And, given the constant threat of federal intervention, individual and regional survival shaped and justified one’s inviolate moral, racial, spiritual, and political beliefs and biases regardless of outside influences and legalities. And as such, southern cruelty, brutality, and inhumanity of the plantation and Jim Crow era became an acceptable element of its culture. The necessity of a compulsory Negro labor-related bondage to the white Southern culture became a cornerstone of the Old South’s socio-economic system, upon which the white population built its self-esteem within an economic class and social status hierarchy. This initial white southern frontier culture of individualism, self-reliance, and resilient determination came to symbolize a counterproductive racist cultural mindset and regressive patterns of life, which prevented its primitive social and economic institutions from benefitting from 20th century modernity. Concurrently, white Southerners remained captured by an obsessive Negrophobia. This persistent viciousness and immorality of the southern culture, openly flaunting democratic and spiritual ideals, has irreversibly corroded and diminished American society. 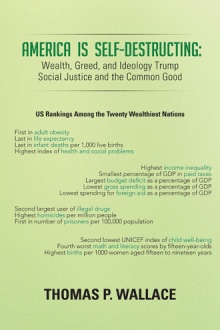 In 2019, of the 252 Republican members of Congress, only 3 were African American. Lincoln’s progressive Republicanism had been supplanted by the regressive 1950s Southern-styled Democratic Party ideology of white primacy. America’s initial morally flawed constitution permitted slavery to persist, catalyzing and sustaining hostile unresolvable ideological warfare, driven by slavery issues, the Civil War, a failed post-war Reconstruction effort, and a brutal Jim Crow suppression. And since the 1980s, politically contrived Republican race-neutral legislation and policies have disproportionally targeted minorities, resulting in discriminatory housing, voting, policing, and criminal justice outcomes. Over the centuries, excessive white self-serving social and economic individualism of privilege, religious ethno-cultural racism, and a destructive anti-progressive, anti-intellectual, and anti-scientific mentality has been ingrained within the nation’s DNA. This is America’s continuum of racial democracy and injustice.

Thomas P. Wallace has served higher education for over three decades as a professor and academic administrator. His last position was President of Illinois State University.