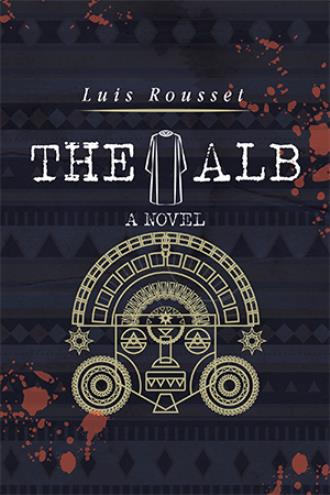 PROLOGUE Day break comes late in the deep valleys, high up in the Peruvian Andes, the first sun rays barely beginning to clear the snowy peaks closing the river gorge of the Colca valley affluent. In the subdued luminosity of the early morning he could just see the outline of the camp tents, the night fire long extinguished. He would have to deal with the single posted sentinel first, quietly, not to warn the others. A few years back, before the Sendero Luminoso or Shining Path had been dealt with, and terrorism practically eradicated in Peru, an unprotected camp site like this would have been impossible. Presently, however, peace had returned to the area and people had grown careless. He dragged himself silently crawling along the moss and short grass covered ground, stopping frequently to listen and to assure his stealth, slowly slowly coming closer to the unaware watchman, using boulders and natural depressions to conceal his approach. Finally, he reached a point a few feet behind his unsuspecting target from where in a quick final rush he could fall on his prey. The man was smoking. He could see the brief glowing of the cigarette as the tobacco fumes were inhaled. He got up and sprang, covering the remaining distance in a flash, grabbing his victim with a hand over the mouth and pulling his head back against his chest. He used the knife on his other hand to slash deep, from left to right, opening the man's throat in a single swift movement before any reaction could be attempted. He held on to the watchman's head, bending slightly forward in an almost tender gesture, as if supporting someone not feeling well, waiting for the last gurgling sounds to cease and the initial blood spurt to subside. He laid the body gently on the ground, placing it on his side, not letting it drop to avoid even the tiniest noise. Next, he would have to deal with the camp visitor, a local shepherd who had arrived the day before with his llamas and asked to bivouac for the night. His llamas would be useful and would be put to good use. The visitor had set his meager possessions on the other side of the camp. He started going around the tents until spotting the visitor lying down on his bedding. He walked slowly paying attention to keep to the back of the sleeping Indian. When he was yet a few feet away, the man's keen senses and light sleep warned him of some unexpected danger. He started getting up still dazed by the abrupt waking and began turning in the direction of the perceived noise. The killer jumped him, pushing him down with his superior weight, without time or opportunity for a further subtle or technical attack. He stabbed up, just below the ribs while pressing a hand over his victim's mouth to stifle a cry or any dying sounds. The Indian struggled for a few seconds and was then still, lifeless. He got up looking around slowly, paying attention to see if anyone had been alarmed by the fight. Satisfied that all was quiet, he unslung the shotgun he had been carrying and went to the tent occupied by the company's geologist, and the driver. The need for silence over, he entered the tent and shot both men on the head. They never woke up. He went out again. The Peruvian archeologist and his female assistant were coming out of their tent, alarmed by the noise. He shot them both as well, reloaded the shotgun and calmly shot each one again on the head. He dragged the four bodies back to their tents and went to fetch the shepherd's body, which he placed in the third tent. He changed his clothing with the indian's and placed his wallet and his current passport in his pocket. He stopped a moment to take deep breaths and to bend down, increasing the flow of blood to his head to clear it. He went looking for the gallons of extra fuel for the Landrovers and dozed the bodies and the tents with diesel. He set fire to each tent and carefully watched the result of his work, assuring himself that everything would be consumed by the flames. In the rarefied air of the Andes the fire burned fiercely but without producing too much smoke. Only then the full realization of his acts hit him. He was sick and started to vomit, dizzy from the effort at this high altitude and from the emotion of the killings. The day was finally breaking and it was time to leave. He had a long way to go. His idea was to cross the mountains to reach Cusco, rent or steal a car to travel eastwards and, eventually, to cross into Brazil, drive to the town of Porto Velho on the Madeira River. From there he could take passage on a boat going to Manaus or Belem and, finally, start a new life. First, he had to collect the maps and documents of the Peruvian archeologist. Those would be needed to reach the ancient Inca burial site and it's treasure trove. He tied his pack and blanket on the back of the sturdiest llama. He would have to take the remaining llamas with him. They would be released somewhere high in the mountains. After a last look at the burning tents, he started walking towards the gorge wall for his steep climb out of the valley. 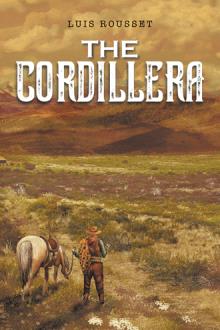 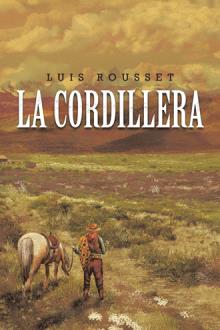 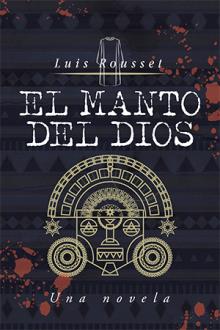 An Inca tomb with gold artifacts and an incredibly rare finely woven white tunic was found deep in the South American Andes by a geological expedition searching the area. The Peruvian authorities send a team to examine the find and assure that it is kept intact. The event raises the curiosity of Mr. John Engelhard, CEO and chief shareholder of the New York based Horizon Mining, conducting the mineral exploration in the Andes. A self-made man and billionaire, Engelhard decides to travel to the exploration site, in the Colca area in Peru, to see firsthand the archeological treasure. On the night after his arrival, the campsite is raided and all its members murdered. The treasure disappears. The Museo de la Nacion, in Lima, grieves the disappearance of the priceless objects, especially the loss of the unique white tunic found in the tomb. The museum archeologists refer to this piece of ancient garment as the “Alb,” an allusion to the fabled tunic worn by “Viracocha” the most important deity in the Inca pantheon of gods. According to legend, the alb has the power to protect whoever wears it from “Supay,” the god of death and of the inner world. A New York detective, Mr. Alan Leary is hired by Mr. Anton Deville, Horizon’s chief attorney, to investigate the crime. The idea of Engelhard, owner of a great fortune, committing the murders to rob the Inca treasure is preposterous. Deville wishes Alan to discover what took place. What could have happened to Engelhard? Was he kidnaped or is he dead and buried somewhere else? Thus begins an adventure extending over three continents, from civilized Manhattan to the high Andes in South America, and through the rivers and forests of the Amazon to its surprising conclusion in Italy.

Dr. Luis Rousset graduated from Stanford University, in 1971, with a Ph.D. degree in mineral engineering. During his career he did field work all over South America and other countries, in exploration and adviser to mining operations. He served in the board of several prestigious companies, including BP Mining Brazil. Currently, he is member of the Advisory Board of a Copper Mining, in Brazil. Dr. Rousset and his wife share their time between a home in Rio de Janeiro and their apartment in Manhattan. Used to technical and scientific documents, he started writing fiction in the last few years exposing to readers some of the rugged environments he has experienced to during his profession. The Alb is his second novel and has as background the high Andes mountains in Peru.