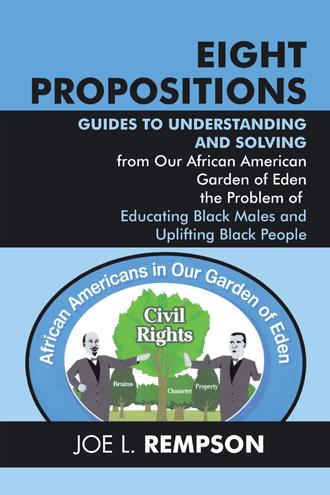 Why is it that, after over 150 years of freedom, the nation is still plagued by African American social problems? Although there is no shortage of answers to this question, none has turned out to be satisfactory. One likely reason is the racial sensitivity of the subject. To explain the reasons requires confronting sensitive racial truths about character, culture, and competence. Always sensitive, today race matters – as is true of gender, sex, and some other matters – are hypersensitive, costing reputations and careers. So, we get few untarnished answers. This book is among those few, even tackling the forbidden IQ issue. However sensitive, the evidence is relied upon. It is a long book, but written to make it easy to read, and just by reading the first and last chapter one can get its essence. Whereas, no doubt, the length is a function of the author’s style, it also represents an attempt to impart understanding, not just convey information. To understand something often requires digging down and plowing through the details. Throughout, Rempson has done that, hoping that his readers will come away with the same understanding which he has acquired. In fact, one does not even have to read the first and last chapters to get its essence -- just the Seven Propositions in the last chapter. Alone, they make the book a must reading for those interested in the answer to the question posed. Read and digest those, and then use the rest of the book as a reference. A Few Excerpts “From Coates’s diatribe, one could infer that, through slavery and oppression, white people gave birth to us and are responsible for our being. One would never guess that we played a role in both, no less a central role – a central role in slavery through our African brothers, a central role in oppression through our adaptation (what we do for and to ourselves). Contrary to the “Victims of a trick” claim of Coates and others, the white man just did not come to Africa and take us out, willfully, our own African brothers sold us to him (99a:49; 450b). The enslavement and oppression which ensued were indeed traumatizing, dehumanizing, and, if you will, plunderous, but – as demonstrated in our own black colonization of Liberia – no more so than would have been the case if we blacks had been in their position. Nor, it can be surmised, given human nature and human history, no more so than would have been the case with any number of other similarly positioned racial/ethnic groups. That is, there was nothing uniquely evil about our enslavement, nor about our subsequent oppression. In fact, notwithstanding the negatives, our enslavement brought us into contact with a new civilization from which we could acquire knowledge, skills, and habits essential to our elevation and adaptation. Even if we had some comparable hidden African heritage of our own, it is not germane; what counts is what we, like other immigrant groups, have done – not on a distant land at a distant time -- but on this shore.” “McWhorter dates the origin of our Victimology to the 1960s, however, for the victim mindset out of which it grew we can go back to our imaginary African American Garden of Eden. In it, to be sure, the system was stacked against us, openly and officially, only DuBois made it worse. If the stacking itself were not enough, as ideologue and activist, DuBois helped to convert our subjugation into an imprint of victimhood, fostering its internalization and transmission. The system against which – with more than ample justification – he railed, he himself made worse by, in effect, making us, through his response, its psychological victims. He led us to nurture, rather than erase, its scars. As a result, in the 1960s, we saw those scars metastasize into Victimology.” “Attack our core identity issue, I said to myself, and we attack the twin factors (identity and character) which are at the root of our school crisis and social problems. My analysis is that our crisis and problems stem mainly from the lack of that which so many of us have never possessed: a positive core identity, a “subjective sense of an invigorating sameness and continuity,” and its associated character assets. According to Erikson (drawing upon his colleague Heinz Hartmann), the development of such an identity depends on coming up in “average expectable environments.” “The forging of such a mindset calls for a Child Family Rights Movement. Consider the parallel. To remove the main external obstacle to our progress, segregation, we undertook the Civil Rights Movement – and, basically, succeeded. Since the 1960s, the comparable internal obstacle to our progress has been the breakdown of the black family, so why not a comparable response? If a movement largely succeeded in one case, why not in the other case? In both instances, we are talking about tackling entrenched forces, and – as suggested by Thomas Rochon (see last chapter) -- such forces can be made to bend to powerful assaults. Movements generate such assaults, and, hence, the call for a Child Family Rights Movement.” “As applies to AMCAP, the core of what students are asked to do is to discover and pursue your career pathway. Of course, to do so, requires sustained time and work (what worthwhile endeavor does not?), and the sustained time and work needed entail energy and drive. That is where their human spirit enters. The source of that energy and drive is their human spirit -- their seven basic urges to live, be free, understand, enjoy, create, connect, and transcend. Practice the art of loving -- caring, responding, respecting, and knowing -- and they will nourish their spirit, their seven basic urges -- to live, be free, understand, enjoy, create, connect, and transcend – and they will supply, on their own, the energy and drive that will make their pursuit successful. And what applies to our students applies to all of us, whatever the endeavor.” 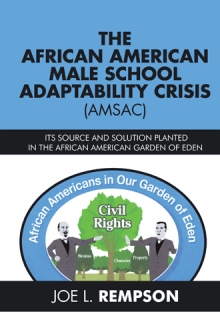 The African American Male School Adaptability Crisis (AMSAC) cannot be solved by the school alone. It is a race problem which can only be solved if we black males provide the leadership in tackling our three major demons which now mainly account for the problem: IQ lag-fatherless families-crime. AMSAC had its origin about 100 years ago when, after the death of Washington, DuBois gained ascendancy in our African American Garden of Eden and replaced Washington’s brains, property, and character gospel with a civil rights agenda. That agenda has led to a civil-rights fixation and our second bondage, Victimology, wherein being the victim has become part of our core identity and made us psychological slaves. Rather than being proud and self-reliant, disproportionately, we have come to see ourselves as victims who are entitled to system help and special treatment. This bondage – and it is a bondage -- vitiates our manhood and the energy and drive required to pursue the adaptation pathway paved by Washington, but demonized by DuBois. Return to that pathway and we can confront and conquer AMSAC and our three major demons. Guided by history and the research evidence, this book details how. Its 20 chapters make for long reading, but, just by reading the first and last chapters, you can get the message.

The motto of the proposed evidence-based experimental program, the African American Male Career Pathway Program (AMCAP). A special appeal is made to black athletes and entertainers to help propagate this motto and support the proposed high school student clubs (Student AMCAPs) in its implementation.