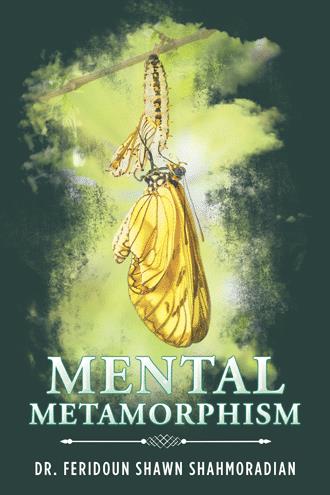 The book delves into the truth of two kinds: one is externally grasped through our senses and the other is from within, which is intuitionally manifested, so much so that if one is separated from one’s five senses the person can still feel self-awareness. All visible acts—for instance, consuming food—is an apparent activity where the entire mechanism of eating is fueled by an unseen motion without which no visible or practical pursuit can ever occur, signifying that the operation of our five senses must also be fueled by this obscure motion-oriented, energy-based fact. Emanuel Kant affirmed the Empiricist preoccupation with sense experience and the material world, but reconciled this with the rationalist tradition by noting that experience itself is made possible only through deeper underlying (a-priori) mental structure (deeper than concepts or ideas) such as space, time, and mathematical forms like numbers and shapes that exist regardless of what exists in the material world. Strive for the best, aspire to both inner and outer verity (condor, reality), because we have entered into a new era which, ironically, many scientific findings are alluding to what for thousands of years the sages and the prophetically minded philosophers have claimed: that mankind is the very reason for the existence; that you are not in the universe but the universe is within you. Professing it is because of God that you exist and it is because of you that the universe prevails since the quantum world of the infinitely dancing particle where the substratum, the sub-atomic realm of the unseen world and the “observer effect” arrive at making it all possible as it gives meaning into how you look at the universe, knowing that the sole act of observing will influence the phenomenon being observed; that nothing can exist if no mind is there to perceive it. “There’s no way to remove the observer - us - from our perceptions of the world.” Stephen Hawking.

Dr. Feridoun Shawn Shahmoradian showed an avid interest in learning about other cultures from a very young age. Shawn’s love for people, as well as his need to quench a thirst for learning about others’ way of life, inspired him to travel extensively to many parts of the world, including the Middle East, Persia, Turkey, (Istanbul, Ankara), Europe, West Africa, and North America. His travels have rewarded him with an invaluable wealth of knowledge and experience, allowing him to acquire realistic views in the context of diversified culture, philosophical, social, political, economic, and psychological endeavors. Dr. Shawn attended many spiritual and callisthenic seminars in different parts of the world, including Morocco (Rabat, Marrakesh city, Fes, and Casablanca), Oslo, Paris, Amsterdam, Dublin (Ireland), Toronto (Canada), and Monroe (California), Santiago (California), New jersey, Orlando (Florida), Dallas, Houston, and Galveston (Texas) In the United States of America. He then visited New York, Washington, Las Vegas, San Antonio, Austin, El Paso, Corpus Christi, Texas, New Orleans, Miami Beach, Mexico (Mexico City, Cancun, Cozumel), and Bahamas. At the age of Seventeen, Shawn attended Crawley College in Crawley England, for three consecutive years, and also attended boarding school at Birchington-On-Sea a village in northeast Kent, England. He visited London several times, resided at Brighton England for a while, and visited Hasting, Canterbury, and Sheffield England. Dr. Shawn then traveled to Fresno and San Francisco, California, and went to Lake Tahoe, Nevada, to teach. Dr. Shawn then left to study at Stockton College in Stockton, California, for two full years, taking philosophy and other social science courses. He then transferred to Galveston Texas College for one more year. A couple of years later he received his electronic engineering degree from Texas Southern University in Houston Texas. He furthered his studies at Texas A & M and received his master’s degree in economics, a minor in finance. His love for social science motivated him to attend the University of Texas at Dallas in Dallas Texas, and there he obtained a master degree in public affairs, with a minor in psychology.Dr. Shawn obsession with sports and a relentless pursuit for excellence in the art of self-defense that he pursued while facing insurmountable challenges over many years makes him a true embodiment of wisdom and strength. After extensive and thorough research in a variety of arts, Dr. Shawn finally created the Pang- Fang system a very unique and extremely practical system approved by well-known authorities in the field of self-defense. Dr. Shawn’s system is highly recommended since it conveys decisive tactics with utterly significant strategy in a life and death situation. Dr. Shawn holds a nine- degree black belt in Hapkido, a Korean martial art, and holds a tenth-degree black belt in the Pang-Fang system of self-defense, second-degree black belt in Judo, first-degree black belt in Tae Kwan do, and third-degree black belt in Wu Shu Kung-Fu. He is acknowledged a prominent figure and as a holder of a non-conventional doctorate in the sport and the art of self-defense. Dr. Shawn is the author of the book Mind fighter, the book of The Anatomy of wake-up calls volume one & volume two, The book of God and the system, Minds of Reason, The Incorporeal God: An Insight into the higher realms and God, Man, and the Universe.