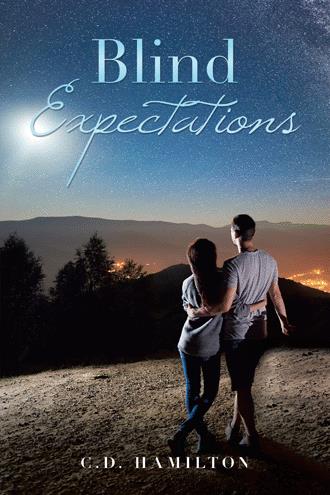 Corinne paced the floor of her room—all night long. She was worried sick. Pete never came over to hang out. And he never returned her voicemail messages. She must have left a dozen. She knew something upset him, and pretty badly. But what? And where was he now? Where did he run off? Corinne prayed time would move faster so she could find out. She was still on duty and could not leave her dormitory. Her shift would not end until 5 a.m. She had 20 minutes more to wait. She approached the window and looked outside. Rain continued to fall out of the bleak sky, just not as hard. Corinne had listened to it throughout the night. Usually she enjoyed the soothing sound of raindrops splashing against the earth’s surface. But it wasn’t enough to ease her anxiety this morning. Glimpsing at her watch, she noticed only a minute had passed. “That’s it, I can’t wait any longer,” she said, slipping on her boots and pastel-blue raincoat. As she locked her room and made her way outside, Corinne, risking her job, believed she was doing the right thing by leaving. She had to help a friend in need. RAs were supposed to help fellow students anyway, including counseling. She figured she could use that as an excuse if caught by one of the residence life supervisors. Outside Blake Hall, Corinne flipped up her hood and ran to the gazebo. Once there she thought of something: What if Pete left campus? His car! If it were here, then so should he. Corinne reversed out of the gazebo and ran to the back of Whitman Hall, where the student parking lot lay. Her blue eyes widened frantically as she searched for Pete’s rusty white compact vehicle. She found it, finally, underneath a dim amber streetlight at the far end. Corinne was relieved. He could not have gotten far. He had to be somewhere on campus. Breathing heavily, and with thickening raindrops plopping on her covered head, she trudged across the grounds toward Rockford Hall, arriving shortly after 5 a.m. Her RA shift officially over, she no longer had to worry about a residence life higher-up spotting her. No students or campus safety officers could report her, either. Not a soul was about this early on a Sunday morning anyway. Most students partied Saturday nights. She assumed they conked out a couple of hours ago. Plus they wouldn’t venture outside in such a rainy mess unless they absolutely had to. Corinne certainly had good reason. At the main door, in the alcove, she took out her mobile phone and dialed Pete’s number once again, figuring she’d give it one more try. After the fourth ring his voicemail activated. Rather than leave another message, she hung up. She then stepped back outside the alcove and looked up to Pete’s bedroom window on the top floor. She wondered if he were inside but honestly didn’t think so. He would have answered the phone if so. But something really upset him last night. His hurt could have formed a protective shell and sealed him inside his room, away from the world. She had to find out for sure. Corinne inserted her master key and opened Rockford Hall’s main door. Once inside she torpedoed up four flights of stairs to Pete’s room. She never even took off her raincoat or pushed back her hood. Finding her friend was all that consumed her. Nearly out of breath, she knocked on his door. “Pete?” she said softly, with a slight wheeze. “Pete, it’s me, Corinne. Are you there?” She knocked again, a little harder. “Pete? Are you okay? Please say something.” Another spell of silence passed. Deeply concerned, Corinne keyed into his bedroom. She would never do this sort of thing ordinarily, but this was an emergency. Anything could have happened to him. Upon entering, Corinne gasped quietly. Pete’s bed was still made. “Damn it, where are you?” She left the room, locking the door behind her, and scurried back downstairs. Outside, she scoped the area for possible clues as to where her friend may have gone. The rain, pouring everywhere, had intensified once again. He’s got to be someplace. The gym, library, cafeteria and student lounge were all closed. She wondered if he had spent the night in a friend’s room. But he would have called or texted to let her know. Pete always kept his word. If he said he was coming over at a set time, then he should have been there. It wasn’t like him to renege without explaining why. Think, Corinne, think. She glanced around again, this time paying special attention to the pathway leading to the college’s pedestrian exit. Thinking back, she recalled her last vision of Pete zipping out of the gazebo—on the same concrete path. Not only did it lead right here to Rockford Hall, it forked toward the archway monument. Could he have gone there? Maybe he left campus. It was entirely possible, anything was. But then why didn’t he take his car? Corinne sighed in aggravation. She kept shooting down the possibilities floating inside her head. And standing in the rain only added to her frustration. She had to do something, start looking someplace, anyplace. She took off down the half-mile path, figuring she had nothing to lose. Perhaps there was a clue to Pete’s whereabouts near the arch, she thought—and hoped.

Peter Michael Webb has two dreams in life: becoming a published author and finding true love. To his great surprise, accomplishing the latter proves far more difficult. Attending the prestigious Stepney Green College in New Jersey’s mountainous northwest is quite a contrast for 23-year-old Pete. In fact, it is a blessing. Raised by a single parent in a struggling working-class neighborhood, he is grateful to be here. Growing up, he witnesses the physical toll a laborious life takes on his hardworking mother, as well as the dark road traveled by his wayward older brother. Determined to avoid these fates, Pete focuses on achieving his college degree—and finding the woman of his dreams. A naïve, hopeless romantic, he learns the hard way that love is not the fluff he had pictured in his mind. Woman after woman shatters his fragile heart, and cruelly. But one woman, his closest friend at Stepney Green, does no such thing. In fact, Corinne Aldrich wants nothing more than to piece it back together with her love. Pete, however, has been hurt enough and is only interested in friendship. Unwilling to wait forever, Corinne moves on after graduation. While Pete pursues—and later, reaches—his goal of becoming a novelist, Corinne accepts a marriage proposal from a dashing Englishman and is the envy of women everywhere. Still, she cannot get her best friend from college out of her heart. When Pete learns Corinne is to leave the country with her fiancé, he must open his eyes to the treasure of a woman he has long since known, the one who can indeed make his dream come true…before it is too late.

C.D. Hamilton has worked professionally in the writing and editing field for more than two decades. Blind Expectations, both a love story and family drama, is his debut novel.