When You Loving Me Went Wrong

I Had to Make it Right 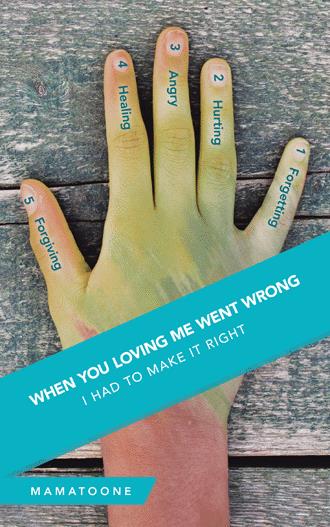 I found myself, alone and scared inside my new two-bedroom apartment. It was quite different from the house I had shared with the man I thought I would spend the rest of my life with. After the birth of our daughter, I dreamed and prayed things between us would get better, but that dream would not come true. Note 1: This is a true reality check. Never believe in life that just because you have a baby with a man, it will make him stay with you--it will not. So, be very sure when you have a child, you're willing to make the sacrifice of being a single-parent. The new apartment my daughter and I were now living in had given me a fresh start, a new beginning. It represented me and how I felt inside out. God had given new life to me. The life of a newly divorced, single woman had begun. I made my living as a professional hairstylist at a very well known salon in Texas. After some time, I retired from being a hairstylist and began working for my father’s business as the HR Manager. Here's where the forgetting begins: The day I took off my wedding ring, I thought the past would be a thing of the past, a blur, but it didn't go as quickly as I would have liked. The forgetting, would take some remembering (I'll explain later). Working in a salon, owned by a professional basketball player, had its perks. Especially for a single woman trying to forget her past. Forgive me, if I'm starting to sound like a "groupie." Well, it was what it was. Let me take time to introduce myself. My name is mamatoone. At the time I began this process I was 30 years young. My frame is petite, face round and caramel skin. If you’re wondering, yes, Mama got back (big butt). Fine and pretty is what the men would say to me.

Five stages to relieving yourself from the pain of a relationship and finding love your way.

I’ve loved writing stories and especially poems since I was a young girl. This is my first published piece of work. I was born in Texas and raised in Kansas City, Missouri. I was married in 1993. I had my daughter in 1994 and got divorced in 1997. Life changed for me as a woman and a mother after the divorce. With the series of events happening in my life, I started to jot down my feelings, circumstances and events. Before I knew it, my jot became a note, and my notes became stories. I pray that these stories in the book will serve as a guidance to people who need it.