Land of the Crystal Stars: Last Rise of the Guardians’ 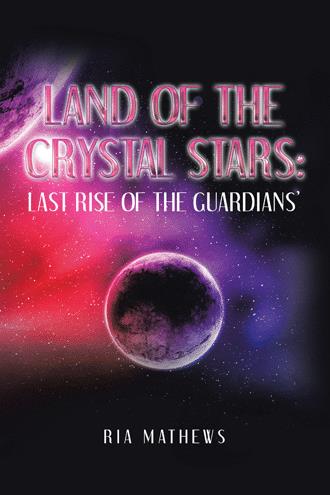 As Andrew walked through the portal to the court yard at the high school; Faizah was hiding behind a tree, and Andrew did not know why. When he looked in the direction that Faizah was looking; he saw why. His eyes got wide and he ran for the same tree that Faizah was hiding behind. There are two swarms of some type of insect, and before he knew it a dark power ball flew by him hitting the tree and turning it to dust. Then he heard people yelling at them, and he turned in their direction; and he saw them running toward Faizah and himself. As the six people were running Andrew notice Leroy, and he knew that they were the guardians. That they were supposed to meet up with. As the other guardians and the protectors reached them they were surrounded by a shield of water which was starting to fade because of the dark powers and acid hitting the shield. “I would say welcome to my realm, but as you can see the welcoming party has already arrive.” Alena said. “That is not funny Alena.” Jenny said. “Sorry, but it is the truth they didn’t show up until the two new guardians had gotten here. Look we can introduce ourselves, but now is not the time for that.” Alena said. “Alena you are such a kidder and all. You are right we need to get rid of those swarms, and their trainer if not; we all will be dust soon.” Lola said. “Well we need to get on the move if not; we could be turned into dust just like Lola had said.” Rich replied. “Well in that case where is the trainer who is controlling these swarms. Are they black hornets and killer bees?” Andrew asked. “Now that you mention it does look like that.” Leroy said. “Yeah, and it looks as if we are in a bind.” Andrew said. “So what are we going to do about these damn insects?” Alena asked. “We are going to use our powers to get rid of them.” Rich said. “Okay then let us get started.” Alena said. “Ice comes to me.” Alena called. “Wind comes to me.” Rich called. “Water comes to me.” Leroy called. “Lightning comes to me.” Faizah called. “Earth comes to me.” Andrew called. “Fire comes to me.” Lola called. As the six guardians called their powers to them. That is when the tamer showed up. “Well if it isn’t the guardians of the Majestic Star Kingdom.” Morgana said. “So you have returned with more powers than you left with the first time. I came across you a few months ago.” Alena yelled. “Well guardian of the Crystal Star of Water and Ice it is good to see you are still a live, and it will do me the honor of destroying you myself.” Morgana said. “In your damned dreams, you witch.” Alena said. “Let us combine our powers together to get rid of her.” Leroy said. “Listen you little weasel there is no way to get rid of me without getting rid of the Dark Kingdom Zodiac because I’m its Queen.” Morgana said. “We don’t care if you are the Dark Queen or not we still will stop you here.” Alena said. “Then let me introduce you to the tamer of these beautiful insects. Here is my general Sasha Beedrill. She is the master of these insects and their dark acid, and dark plasma.” Morgana said. “Whatever you say, but don’t get all dramatic on us when we wipe the floor with your general. Also let us show you that we are stronger together. Now that there are at least six of us guardians together now!” Alena said. “Rich! Why don’t we combine our powers and show these losers who is boss; and that we can take whatever they throw at us.” Alena said. “You got it.” Rich said. 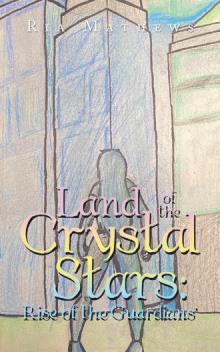 Land of the Crystal Stars: Rise of the Guardians’
Ria Mathews
$13.99 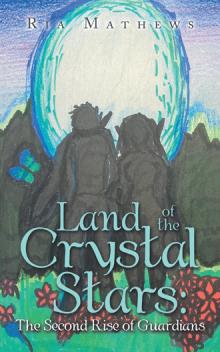 Land of the Crystal Stars: The Second Rise of Guardians
Ria Mathews
$13.99

The Queen of the Dark Kingdom Zodiac Morgana has appeared in front of the Guardian of Water and Ice Realm. Forcing her to face yet another enemy that she must face in order to find the Star Princess that was sent to this realm and the true ruler of the Majestic Kingdom along side her friends to help battle the evil that is corrupting the realms. There are many trials that they all must face and over come before the Star Princess will awaken.

The reason the author writes is because she loves to read and want those in the world to experience the world of the guardians as she has written the story and let their imagination to the limits. To show that even young children to teens can enjoy a book about guardians, powers, good vs evil, love can bloom even in the hardest of places. She wants the readers to escape reality even if is only for a little while. It also gives the readers a chance to experience a whole different world from their own.