Time Benders and the Two Promises 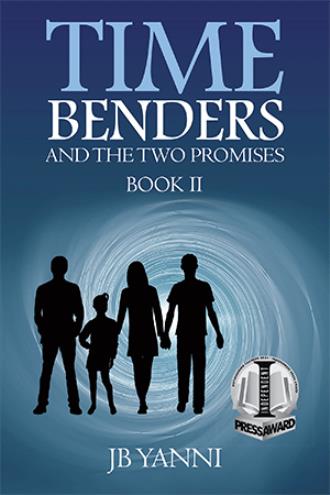 Deb was still very conflicted about making the trip back to Cambridge for many reasons. First, she knew she would have to keep it from both Ken and Mary. Second, there was a very big risk something terrible would happen to her or Joe or the machine and trap someone there. Finally, what to do about Kim. She didn’t tell Ken that this was what was troubling her all through spring break, but Ryan knew. Deb was holed up in the library doing research for a big final history paper when Joe and Becky and Ryan found her later that week in the early evening. “Here you are, we’ve been looking for you all over,” Joe said. “I’m pretty sure I told all of you that was going to be in the library tonight. Kim was doing something with her friends and I have to get busy on this paper. What’s up?” “We wanted to talk about the trip to Cambridge,” Joe said as he sat down at the table Deb was at and moved some books out of the way. “More importantly, we wanted to see if this trip was what had you so quiet for the last few weeks,” Becky said. “I’m not sure we should do this trip in the machine.” “What? What happened? I thought you had decided this was a good idea?” Joe asked, a bit shocked. “I don’t know. Maybe the risks are too great.” “You mean the machine being there twice? I’ve been thinking about that and I feel like it is not going to be as a big a deal as I originally thought. I mean, there’s more than one house and one car at the same time on a block.” “But never the same car twice,” Ryan pointed out. “So now you are doubting it too?” Joe asked. “I don’t know that I ever thought it was a great idea. I was just supporting you all because Deb wanted to do this.” “OK, why don’t we sit down and Deb, you can go through what is causing you to change your mind or doubt or whatever,” Becky added. Ryan and Becky sat down and looked expectantly at Deb. “OK, first, I don’t think it’s a good idea keeping this from Mary and Ken. He was really angry the last time we did a trip and didn’t tell him and it almost cost me Mary as a friend. Ken and I had a conversation over break about whether the ends justified the means. I think this is absolutely true here. Does fixing the situation between our parents and probably only putting them back to dying in the avalanche, justify the risk and lying?” “I would just like to point out that if we succeed, they will never know we did this trip and we don’t have to tell them,” Joe said. “Joe, you’re talking about keeping a secret from Ken, Kim and Mary for our whole lives,” Deb replied. “I know. But isn’t that point with Kim? She’s upset about what happened with our parents and if we fix this, she doesn’t have to be upset, and never even has to remember there was a short time in our parents’ timeline when they were separated.” “True, but that gets right back to my point, does the end justify the means?” “I remember talking about this in my English class last semester. We were talking about a book and the teacher asked us to discuss this point. If you end up with something positive, that helps people or makes it right for even one person, does how you did it, how you accomplished it, even matter?” Becky said. “I think if you cross a line, even if it’s your line about honesty or something, you might have gone too far to accomplish something,” Ryan said, looking at Deb. “What about helping me? I know that my feelings, and my stubbornness last spring created this problem, but the fact that I think every day about what I did, the guilt I carry, does that matter at all?” Joe asked. “Yes, the fact that this trip might help you too, matters to me. But what about the risk?” Deb asked. “Risk of the machines not working or do you mean to you?” Joe pondered. “Both,” Ryan replied. “Well, as I said, I’m not sure the machine is going to have any issues. And as far as Deb is concerned, if you limit the trip to a shorter time period as we have discussed, I’m not sure she will have any symptoms at all.” “But you don’t know that for sure, right?” “No, Ryan, this is science, and in science something is theory until you test it and prove it. We know for sure if you spend ten hours as a second instance in the same space and time, you begin to have symptoms; we don’t know how little time you can do that and not have symptoms. We also have never had the machine in the same space and time location twice. There is that, you know, the benefit of this test will teach us even more about the time travel process.” “I’m not prepared to lose Deb to further the science of time travel.” “I’m not either, but I don’t think that is a risk.” “But, Joe, you really have no idea, right?” Deb asked. “As far as you are concerned, yes, I do think we have ideas. We have a clear understanding that a person going to the same space and time will have issues within the ten hours. We don’t really have verification when they start, and therefore, what amount of time would be safe.” 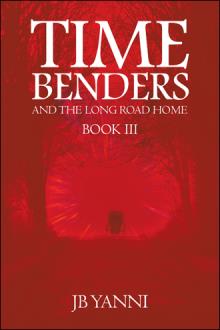 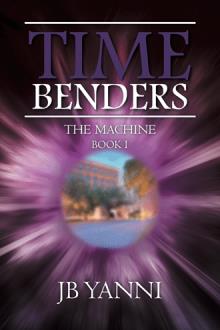 With echoes of the halls of Hogwart’s, the Fitzgerald kids continue their adventures in Time Benders and the Two Promises. In this second book in the series, the full impact of what Joe has done sinks in, angering Deb and Ken, and causing Ken to pronounce the end of trips in the time machine. Later, when Deb learns about Mr. Brewster’s history, she and Joe defy Ken and take the machine to Las Vegas, 1958 to keep Mrs. Brewster from a certain accident. Bolstered by the success of this trip, Deb decides recklessly to try to undo what Joe had done in his solo trip in the machine, returning to Cambridge to stop Joe. The unknown forces of the universe and energy are working against their efforts to be in the same space and time and Deb barely makes it back alive! All of this creates a rift between Deb and her best friend Mary, because of the spiritual questions of whether one should try to change fate, until she finally understands. When Mary learns she may face a terrible future and major illness, she convinces the Fitzgerald siblings to use the machine to go forward in time to discover her fate. Through all of this, the siblings commit to two major promises about the machine, and their parents. Underpinning all of their adventures, they wrestling with their faith, the questions presented by the time travel and the fact that their trips continue to wreak havoc on their memories. This heartwarming story packs a punch of history, faith, and science sprinkled with kindness through these relatable teens.

JB is the second child of four raised in Wheaton Illinois. She has two sisters and one brother. Always voracious reader, she became fascinated with writing in high school, but beginning it in earnest after a long career in the financial services industry. This is the second book in the Time Benders series. The first book, Time Benders and the Machine, was published in 2018. JB has three children and one grandchild and currently resides outside of Chicago, Illinois.