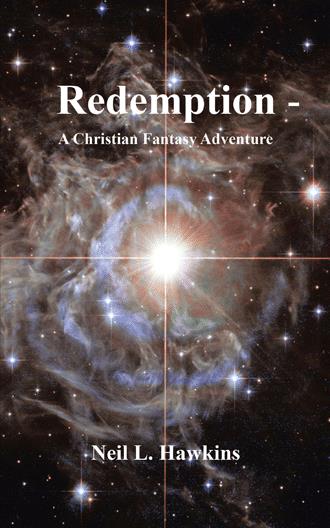 Prologue The Light’s worlds, or “rooms,” as Arariel knew them, were countless, and as so often before, he was to assist in the creation of yet another. But he knew it would only become what the Light desired if the life he was to help bring into existence chose not to succumb to the “darkness” that would surely come. Arariel was a “bright star,” an angel of the Light’s spiritual realm. When mortals chanced to see him, he appeared as they perceived him. But his real features were unknown even to himself, as he saw his reflection only through the thought process of others. But within him was the knowledge that he had been conceived by the Light, which had created everything through which he moved and experienced. And now, moving swiftly and silently toward his new objective, he saw images of worlds he had not seen before pass through his consciousness. Then a separate thought blocked out the images, and he saw again the world upon which he had been chosen to spread the seeds that would be needed before those the Light created received their breath of life. And he was reminded that because the universe had no end, his voyages would never cease. The “rooms” spread throughout the universe were uncountable, and the Light wanted those placed on all new worlds to have the choice to follow the “Word” to eternal life on one of the many “rooms” or to stumble against the obstacles placed before them and fall into the chaos of eternal darkness on the world on which they were born. But then Arariel’s thoughts were interrupted, and he “heard” the Light say the ones chosen had arrived. . . . .. . . .

In an earlier sequel to The Book in the Loft series, Serena Sexton’s father escaped from Aerson’s moon prison, where he had been serving a life sentence for his crimes when he was chancellor of Hislar. Upon his capture, before he could be brought to justice within the Circle of Planets, beings from the spiritual realm of Lorel sent him to another world in a time past. In this final sequel to the series, Serena’s desire to learn the truth behind her father’s involvement in the Hislar wars becomes an obsession, and after much pleading with her husband – starship Explorer’s captain – and Neil and Elena MacBruce, she convinces them to obtain the means to travel to the world in the past to locate her father. But when she learns where he had been sent, she is frightened at what she will find and isn’t sure she should continue her search. But wanting her father to look her in the eyes and tell her the truth, along with her husband and best friends, she steps from her world at peace into a world of political and religious unrest.