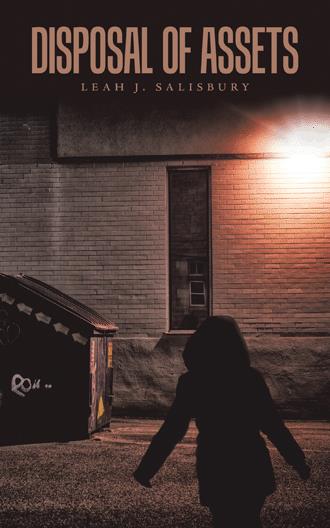 I had better take out the trash, I thought, bringing myself back to reality. I hauled the trash bags and boxes out onto the front porch before alarming the house and locking the door. The dumpster was in the rear of the building. Boy, are you stupid, I thought to myself as I dragged the trash through the crusty snow and caked mud on the driveway. Why didn’t you just throw this stuff out the back door? The dumpster is right there and that would have been easier than hauling it around from the front. I also hadn’t turned on the flood lights, which we had had installed over the front and rear doors. Dummy. Feeling my way along the walkway, I found the dumpster lid and tossed the trash in, bag after bag, each resounding loudly as it hit the metal floor. Crunch. I heard the crunch behind me: heavy-soled shoes on corn snow. Sounds like it’s coming from behind the house, I thought. Not daring to turn around, I threw in the last cardboard box, pretending not to hear the footsteps; not wanting to hear them; not knowing what to do. My stomach knotted. Remembering what Steve had said about my attacker having the advantage of surprise, I didn’t want to be at a disadvantage this time. Determinedly, I turned and strode back up the driveway. Thinking I saw a shadow near the back door, I unlocked my car remotely from several feet away and quickly jumped in, locking the doors behind me. My hands shook as I started the engine. I backed out of the driveway so quickly, my tires screamed as they skid on the icy asphalt. I had driven several miles before I calmed down enough to rationalize my fears. “You’re overwrought, you know. You’re tired, overworked, and are just imagining things. There was no one behind the building tonight. You didn’t see a car. But did you really look for one? No mugger in his right mind is going to drive out to Marston Road in twenty-degree weather at the end of March in mud season, hide his car, and hope to find a woman alone in a building. It just doesn’t happen.” Talking aloud to myself was reassuring. I tuned the radio to a classical station for soothing music. Wisps of smoke from the wood fire curled from our chimney as I got out of my car in Flo’s driveway. I felt so safe coming home to them and this house.

In Disposal of Assets, author Leah J. Salisbury re-introduces us to Claire Phillips, an accounting professional who is adapting to a new life after the death of her husband. While on a consulting job in a small Vermont community, Claire discovers the epitome of the dysfunctional work environment: accounting irregularities, narcissistic and entitled employees, and unfocused management. Her life becomes more complicated after she is the victim of a random attack. Following a chain of coincidences, she becomes an ultimate victim in the ensuing series of disappearances of young local women. Salisbury’s second novel is filled with suspense and intrigue, as she explores the potential dangers that lurk in everyday life. As in her first novel, Write-Off, Salisbury empowers Claire with courage, wit and determination to counteract the struggles she faces on the job and privately.

Leah J. Salisbury’s second novel, Disposal of Assets, addresses issues of accounting irregularities and the everyday emotional and psychological struggles in the business environment. Salisbury, who holds BA and MBA degrees, worked over forty years as a financial and accounting manager in the corporate world, and cleverly weaves the facts of business life into her characters and backgrounds. Having spent much of her own childhood in rural Vermont, Salisbury enjoys creating fictional characters who blend seamlessly into the New England environment. She presently lives in Maine with her husband and cats, where she is writing a sequel to Disposal of Assets, in a third tale of murder and missing persons.