A Normal Person’s Guide to Shakespeare 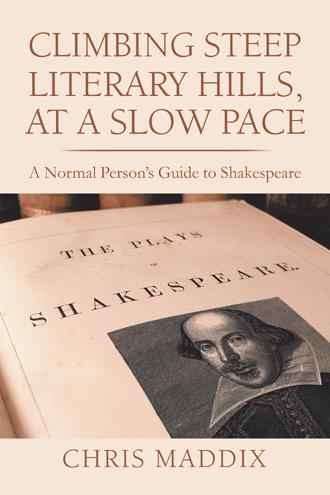 The setting is the top of the king's castle (Elsinore) wall, in the middle of the night. The guards are nervous - they sense something about to happen. Act 1 Scene 1 (Horatio, Marcellus) Marcellus: Has anything happened tonight? Horatio: Not a mouse has been stirring; a few cats, maybe. Marcellus: Did the ghost arrive yet? Horatio: This ghost is part of your imagination. Marcellus: Horatio, the ghost has arrived at about this time the past two nights. There it is now! Zounds! Horatio: Marcellus, I told you never to use that word. Ghost, you look like the king of Denmark, who just died. Speak to us! (ghost departs) Marcellus: Look, you scared it away. Do you believe us now? Horatio: If I hadn't seen it, I wouldn't have believed it. Did you see the armor it wore? Our dead king wore the same when he killed Fortinbras, King of Norway. Maybe he's trying to warn us about the young son, Fortinbras, who wishes to avenge his father. Marcellus: You could be right. Or maybe he's just cold. That IS heavy armor. Horatio: As the rumor goes, the night before Caesar died, the dead walked the streets, and there was a terrible storm and a lunar eclipse. Maybe something awful is about to happen. Let's keep an eye out for earthquakes. Wait, there it comes again! (ghost arrives, rooster crows, ghost departs) Marcellus: The rooster scared him away. Horatio: It can't be much of a ghost, afraid of roosters, but Hamlet needs to know about this. Let's tell him. (High five) Scene 2 (King Claudius, Laertes, Hamlet, Queen Gertrude) in court Claudius: (speech to court) King Hamlet is dead, but don't worry, the crown lives on in Queen Gertrude. We can't sit around and be sad, anyway, because Fortinbras, of Norway, wants to make war. I wrote to his uncle, the new king, asking him to stop Fortinbras. Hopefully that will fix things. Excuse me, Laertes, what's your problem? Laertes: I came from France to watch you become king. You threw a great party, but I'm ready to go back now. Ok? Claudius: If it's ok with your dad, it's fine with me. Laertes: Excellent. Hasta la vista. (departs) Claudius: Have a nice trip. Now Hamlet, my son… Hamlet: A little more than kin, and less than kind. Claudius: And just what the heck does that mean?? Hamlet: It means that you were my uncle, and now are my father. Odd, don't you think? Gertrude: Hamlet, you are still wearing funeral black. Are you still sad about your father? Go change your clothes. Remember, all things must die. Why does your father's death seem so particular to you? Hamlet: Seems, Madam? Nay, t'is. I know not seems. Claudius: There he goes, talking that way again. Hamlet: What it means, Mom, is that Dad's death doesn't just SEEM bad; it IS bad. Claudius: Hamlet, your father had a father, and he had a father, and so on. They grieved for a while when their fathers died, but got over it. Women grieve like this; men don't. It's time for you to move on. Oh, speaking of moving, I hear you want to go back to school in Wittenberg. I need you here. Stick around. Gertrude: Yes, please stay, Hamlet. Hamlet: Ok, Mom, since you asked, I'll stay. (king and queen depart) Oh, that this too, too solid flesh would melt, thaw, and resolve itself into a dew! How weary, stale and unprofitable seem to me all uses of this world! So excellent a king, my father, less than two months dead, and Mom marries this chump! He's no more like my father than I am like Hercules! Frailty, thy name is woman! (enter Horatio and Marcellus) Oh, hi. You were in school with me. Why are you here? It's Gus, right? Horatio: No, it's Horatio. I came to see your father's funeral, but ended up seeing your mother's wedding as well. Hamlet: They were being thrifty, Horace, they used the same food for both. I often think of my father; I shall not see his like again. Horatio: It's HORATIO, and not so fast, please; we saw your father last night. Hamlet: Hortense, we are friends, but don't mess with me. Horatio: (sigh) Call me what you want. On guard duty last night, we saw a ghost that looked like your father. Hamlet: Is this true? Marcellus: I saw it as well. Hamlet: I'll stand guard with you tonight; maybe the ghost will appear and talk to me. Don't tell anybody, ok?

Shakespeare. Classic literature. What image does your mind conjure up in response to those daunting words? Quaking fear? Hives? Crushing boredom? Do you harken back to musty, cobweb-adorned memories of high school AP English? Are you recalling your panic days of college, trying to find a way to finish that essential, impossible paper, thinking, “This professor really HAS TO give me an extension”? A friend recently told me that he never read classic literature, even in the times when he was required to read classic literature. The venerable William F. Buckley defined classic literature as something that everyone wished to have read, but that no one wanted to read. Oh my! My response to classic literature is different. I find that reading classics is enjoyable, and I want folks to share my enjoyment of Shakespeare. How? The summaries and plays within this book comprise fifteen of the best works of the greatest author - Shakespeare. I have rewritten and constructed them, however, in such a way that they might be seen as understandable, not overly time-consuming, mostly contemporary, and yes, dare I say it – fun. Classic literature can be fun. Shakespeare? Fun? Contemplate THAT for a moment, will you?

Chris Maddix was born and raised in a small town in central Michigan, the second of four children in a working-class family; Dad was a policeman, among his many jobs, Mom was a nurse. A quiet, hard- working student, Chris accepted an appointment to the US Naval Academy, which led to 26 years in the Navy as a helicopter pilot, recruiter, and emergency action officer. He deployed on nearly every type of ship on the east coast of the US, from aircraft carrier to battleship, spending time in the Mediterranean and Persian Gulf. He also spent seven years at the Pentagon. Upon retirement, Chris immediately embraced his first love – teaching, both in a crime-ridden public high school in Baltimore and an idyllic, small private school north of the city. For 23 years, Chris taught nearly all subjects and all grades, in addition to coaching and refereeing many sports. He’s also a musician, playing multiple brass instruments and singing. He is currently home schooling two students, in addition to officiating football, basketball and baseball. This is his first book, though not his first publication, having written book reviews, magazine articles, and his own grammar book. Chris is married to the lovely Marta and has five fantastic children, ages 28 to 37.