The Destruction of a Psychopath by an American Beauty 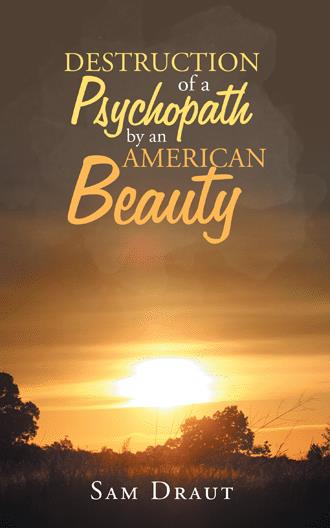 She felt her hands wavering at the wheel as the fading sunlight scraped across the bare fields. Her weary eyes struggled to stay open, so she looked for the nearest highway exit. Several miles down the road, she pulled into a large gas station filled with tourists and truck drivers needing a moment of reprieve before delivering their cargo. She imagined herself as a child, with her two sisters and parents, going on a vacation trip. Though it never happened, she envisioned their minivan filled to the brim with bags and packs, waiting to be opened at the perfect destination. She filled her car with gas and watched the people move about without thought of anything except where they were going. After she had gone inside and purchased a bottle of water, she returned to her car and the sun setting below the horizon. Her life had been filled with coincidences and she broke a somber smile as a car pulled into a gas pump several spots down. It was her friend, he had so ferociously existed in her life many years ago, but they faced the inevitably of time, something that no one can conquer. They had shared so much, so long ago, but none of it mattered now. He looked decades older and different, yet she could see the youthful life that she loved in him still existed, hidden by the years of time. She watched as a woman, presumably his wife and a child, walk from the car, leaving him to the fill the car with gas. He had known so much about her as she had known about him, but now, they were travelers headed in different directions. She knew he was pretending, not in the way as he once did, when he would humorously act in certain personas. She knew it was more than that now. She knew he had to pretend everything and hide the person he truly was. She knew his wife didn’t know the man or the mind that she once knew. One day, he decided to turn off that part of him, and knew it would never be switched on again. His family walked back to the car and he smiled as they climbed in. He paused and looked over at her, the two connecting eyes for a moment. It was enough for her. He nodded and she knew what he wanted to say to her, that "They’ll never know who I am.” She understood and he knew she would. They would never see each other again and they both knew it. They had once dreamed of an emotional encounter when they reunited, but now, they were 20 years older, yet they were as close as two people could be 18 feet away at a gas station off a highway exit. She knew him and he knew her, and for the moment they shared looking into each other's eyes, that was enough. She wanted more and he wanted more, but they knew even love wouldn't be able to conquer time.

The Destruction of a Psychopath by an American Beauty is the story about Jason Vaughn, a 25-year-old man with psychopathic and sociopathic tendencies living in Louisville, Kentucky and his romantic pursuit of Brooklyn Turner. Jason struggles with his place at a regional advertising agency despite his rising status as a creative prodigy and the challenges he faces with added responsibilities in his career. The book shares how its characters are challenged in their professional and personal lives, along with their individual pursuit of meaning and purpose in life.

Sam Draut is an award-winning journalist from Louisville, Kentucky. He graduated from the University of Louisville College of Business School and began writing his first novel as a way to creatively express one of his favorite hobbies: writing. He enjoys the process of writing and thought creation more than the finished product. He pursued a career in journalism because of the necessity to create content on a daily basis.