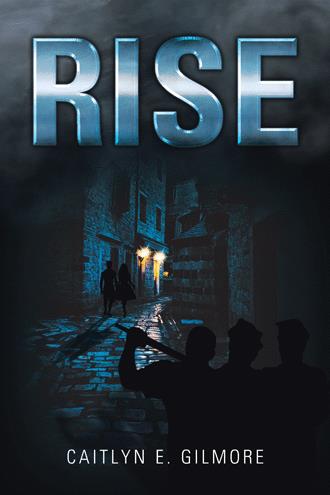 The Third War came at a time when everything was some sort of movement. Every song had political undertones. Art was a representation of stepping out of the box’s society set and dance was a revolt. The arts were a way for the younger generation to speak up and speak out against the injustices they felt were being done. The War was a long time coming. Leaders all over the world were butting heads over everything. Threats were made countless times from every corner of the world. Somehow, the country that once rested here was always in the middle of it. Even its allies were getting sick of having it’s back. When the War began, everyone thought it was the end of the world. Maybe, in a way, it was. After everyone’s resources were gone and the War came to a halt, there was nothing for any country to rebuild from. At least not to what it once was. This country split into Territories and each Territory has a different kind of government. This story begins in a Territory run by cruel, unfair, murderous leaders. They use fear as a form of control. They also got rid of whatever was left of art, literature and music. There are pictures, hanging in the Council headquarters lobby of a giant fire. You can make out titles of Old-World books and songs. Painted canvas’ melt in the flames. No one thought anything of it. With creativity gone, it allowed our Council to recreate schooling. Most normal subjects were tossed aside. We still had history. Mathematics and sciences were shaved down and became the same class. But instead of gym class, we had hand-to-hand combat. Instead of literature, we weapons class. School was less school and more “How to Create a Solider 101”. You go six days a week for about ten hours. There are no more sports teams or school dances. No extracurriculars. When you graduate from The Academy, you have two choices. Go to work for the New World Order, either as a Solider or someone in government. Or… you become a commoner, working in shops, restaurants, etc. Commoners are looked down upon by anyone working for the New World Order. They are seen as weak. When I graduated, almost two years ago now, I became a Soldier. I never wanted to be a target. Commoners are always targeted. My older sister became a Commoner and our father hates her for it. He works with the Council. When our mother was alive, she worked for the Council, but hated it. She hated herself for it. Sometimes we do things just to survive. It’s all I’ve been doing my entire life. I made sure I was good at what I do. I moved up through the ranks fast because I worked hard. I never wanted to be questioned by the people in power. When they question you, you’re put on a list and it’s only a matter of time before you’re executed. Everything I have done… it’s all been survival. I’ve been called many names these past few months. Traitor, bastard and even the Devil himself. I’ve hurt many people, including people I have come to care about. If you’re reading this, it means there is hope. It means everything I have done has been worth it. Don’t get the wrong idea. It wasn’t just me. Frankly, this was all because of her. If we do die for this, I want to know it was worth something. For you to understand anything I am saying, I have to take you to the beginning of what many are calling the Rising.

Long after the Third War, what was once the United States of America is now a land divided into Territories with their own forms of government. In a Territory run by the New World Order, a rebellion forms, calling themselves the Reformation. New World Order Soldier, Maksim Ozera is assigned to a mission to find the rebels. He builds a relationship with suspected rebel, Wren Adler and finds himself feeling more for her than what he bargained for. Maksim is faced with having to decide between doing what is right or obeying his orders. But how can he do the right thing when he has betrayed the trust of the good guys? The Reformation has to fight for what they believe is right, against the strongest army left in the world while Maksim has to fight for his place with the rebels. After heartbreaking loss and betrayal, Wren and Maksim accept that this battle is only the beginning of what could be another long, hard war, and they will not stop until the New World Order and their allies are destroyed.

Caitlyn Gilmore is entering her sophomore year as a Music Education major. She plays multiple instruments but specializes in clarinet, violin, cello and piano. Caitlyn has composed original music as well as arranged pieces for small chamber ensembles and string quartets. Aside for her love for music and teaching she possesses a lifelong love reading and writing. Caitlyn developed a passion for reading fiction novels during early childhood. As she approached her teenage years, she began to flex her creative writing muscles by submitting short stories to various writing competitions. Throughout her high school career, she received impressive feedback from a number of educators that her creative writing should be shared with others. This positive encouragement led her to write and publish this particular book.