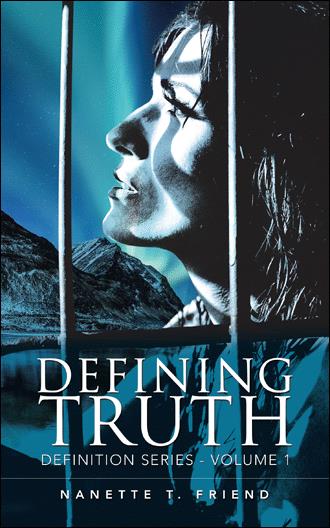 Stopping in her tracks and emphatically turning around to face us, “What’s going on here?” the CO firmly demanded. Immediately Peaches spoke up “Oh, you know what? I was mistaken. It wasn’t her at all! It was some other white girl. They all look alike to me!” she blurted out. “Really? That’s the best you can come up with?” was all I could think. But yet I knew that she knew; I wasn’t backing down from her. “Look, I don’t have time for this ridiculous nonsense! Now you better get your story straight Jackson! Do you know for a fact that someone has illegal items in their possession or not?” she insisted. “Oh yes, yes, I do. Here I’ll take you to her,” she quickly responded. “Let’s go Jackson!” and then she turned toward me: “You’re dismissed Friend.” Once again in total disbelief, I slowly walked behind them and watched as Peaches walked up and down the aisle between the bunks. I was curious as to what she would do next, and who she would point the finger at. She eventually stopped at Patty’s bed, the large black girl across from my bunk. I stood there in total confusion as I was pretty sure Patty didn’t look anything at all like me - or any other white woman in there. I was also in shock as she accused this poor girl of holding illegal items. I really didn’t know if Patty did have anything and wondered if that was why Peaches had called her out. Or was it because Patty and I had been hanging out with each other recently? I prayed not. The CO looked through Patty’s box but didn’t find anything. After several other “mistaken identities,” Peaches finally pointed out a young white girl with long blond hair who was holding several items. I believe the CO was becoming very angry, and Peaches finally had to point the finger at one of her own regular clientele. It was lunch time and as everyone took their place in line in the hallway, the accused girl was escorted to the Sergeant’s office. Peaches followed directly behind them and as she passed by, she glared at me to let me know it wasn’t over. I quickly looked at Patty to see if she saw her evil look. Patty just shook her head in disbelief. After lunch, I climbed back up on my bunk, only to fear what would come next. And yet, I praised and thanked God for His divine protection of me once again. I began to truly understand and realize that God was real - not just for my cousins or “other” Christians; but for me - a sinner, a liar, a criminal. 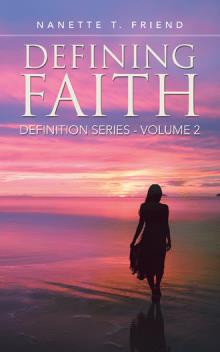 Defining Truth is the first memoir in a series depicting the true story of a woman’s personal and literal prison. With over 2.3 million people suffering behind bars in America today, and that number multiplied of their families and loved ones, Defining Truth is a genuine and heartfelt account of the author’s search for truth, hope and promise of a devoted God while incarcerated within a Women’s State Prison. Often compared as the Christian version of “Orange Is the New Black” (Random House Publishing, 2008), Defining Truth portrays the detailed and graphic accounts of hard-core prison life; however, the pain, suffering and fear are far outweighed by the comfort, love and faithfulness of a loving Father.

Nanette T. Friend-Miller An Honors Graduate of Central Ohio Technical College, Ms. Friend-Miller lives in Reynoldsburg, Ohio with her husband, Daniel Miller and their nephew, M.C. A mother of 4 children and grandmother to 14, Nanette has been interviewed on Christian Television and has been an invited speaker to numerous Christian engagements and events. A former inspirational columnist with four distinctive newspapers, she currently volunteers and occasionally teaches a women’s Bible study at a local county jail. A former mentor for teenage girls in a juvenile court-ordered 13-week program entitled “Rites of Passage,” Ms. Friend has also served as manager for a Christian-based youth center “The Rock,” always encouraging and bringing the Good News to many at-risk teenagers. Ms. Friend is a published Contributor to the Christian-based 365-day devotional, “Stories of Faith and Courage from Prison” (AMG Publishers, 2012) as well as the book “Life Changing Miracles” (Bethany House, Sept. 2017). Within the pages of these manuscripts, Nanette portrays insight into her true story of the many blessings, miracles and redemption that only a faithful God can provide - in a place no one could ever imagine.