An Epitome of Cowardice 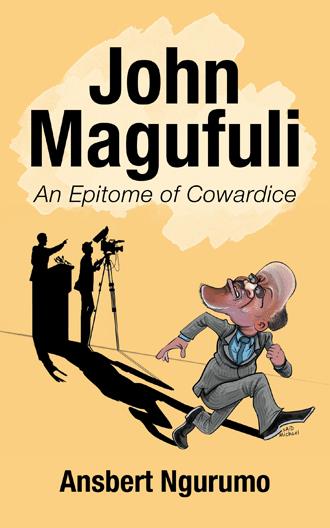 While some western media nicknamed him “bulldozer,” and one opposition politician in Tanzania called him “petty dictator,” some critics have called him the “Trump of East Africa.” His bullish and sadistic statements and actions have qualified him as a modern day dictator on the rise. It calls for an immediate local and international action in order to arrest the situation before it worsens and destabilises the whole of Eastern and Southern Africa. In a similar manner that Italy’s Benito Mussolini, Germany’s Adolf Hitler, Zaire’s Mobutu Seseseko and Uganda’s Idi Amin rose to power and used it to crash independent thought and crumble their countries, turning their citizens into subjects, John Pombe Magufuli, has made Tanzania infamous for the wrong reasons. In just three years, he has almost successfully attempted to replace democracy with a one-man rule, becoming an embodiment of brutality, nepotism, authoritarianism, grand corruption, diplomatic exclusion-ism, extrajudicial killings, abductions and arbitrary torture of civilians; turning East Africa’s most peaceful and stable country into a police state and a “skunk of the world.” His distorted approach to leadership and development, and his disregard of democracy, human rights and rule of law have turned him into a bully that seeks religious obedience from everyone, and he uses fear as his main tool of leadership. He terrorises the parliament, the opposition, the media, the diplomatic and international community, his own party, Muslims, journalists, activists, religious leaders, the business community, the judiciary and others - in a bid to establish himself as a leader that must be feared and never dared. This book exposes, through analysis, the root of this sadistic leadership. It digs deep into the dictator’s behaviour and leadership style. It encourages everyone to stand firm and overcome threats imposed by this despot. It awakens governance institutions to do their noble and constitutional task, and never allow similar mistakes that paved the way for this situation to prevail. The good news is that the dictator is timid and cowardly. His use of fear as a leadership tool testifies to his cowardice and insecurity. Proactive action from local and international partners in development will help to stop the dictator from causing further damage - putting an end to his autocratic rule as he seeks to extend it. There is every indication that, given a chance, he would never leave power voluntarily. Civilised people do not have to wait for that to happen. The world does not need another Idi Amin in East Africa. There is no need for the world to watch East Africa’s most peaceful nation sinking into irreparable, perpetual mess as it did with Rwanda prior to the 1994 genocide. With this book, I am stepping in to offer an informed analysis that may be part of the solution. I am laying a ground for a further follow up and research on the matter.