EXPOSING THE SECRETS OF SIN 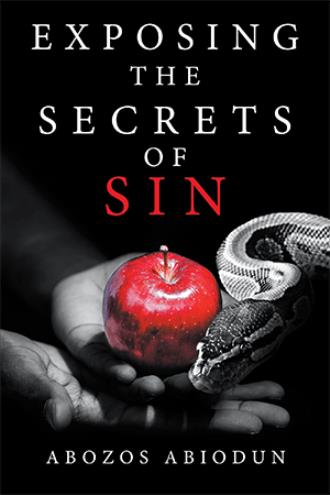 What is Sin (verb) defined sin as an action or practice which is unlawful and is against the will of God. That is, the action man does as against God’s laws and instructions. It is a disobedient to God divine instructions for mankind. What is a Sin (noun) defines Sin as a sprit that controls man action and inaction against God’s will. It is a spirit that separate man from God. That does not want God and man relationship and fellowship. A strange spirit introduced into the spiritual being of man. It is that spirit that replaces the intended spiritual being of man in man. According to the book of 2 Thessalonians 2:3-5; it describes sin as a man itself when it says “… and that man of sin be revealed, the son of perdition, who opposeth and exalteth himself above all that is called God, or that is worshipped; so that he sit as God in the temple of God, showing himself that he is God.” As far as sin is concerned, it goes beyond not following a certain rules or law. It is a spirit, a yoke, a sting, a cankerworm and a small lord that has been in existence from ages and continues to exist till the end of this world. In fact, it is a spirit that rendered the spiritual body of man useless and worthless. It is a spirit because it is only a spirit that can exist the way it does. Do not forget, this is the sin that separated man from God from the beginning of creation. The same sin that started with satan in Heaven and brought him down to earth. And not to be left alone on this earth as the only cast away, satan used the same spirit of sin to bring man (Adam) down upon the surface of the earth. What an evil spirit?

It is quite alarming and overwhelming the rate at which many, even the so-called Christians and non-Christians of this generation, are wallowing in sin in spite of one’s decision to let go of sin. In fact, all effort of prayer, fasting, and abstinence to keep away from sin seems not to be working. One thing, however, is that once one fails to understand the nature of sin—the working power of sin in one’s life—it will be very difficult to break from it. Hence, Exposing the Secrets of Sin is a book that has been written in-depth and inspired by the Holy Spirit to expose the secrets of sins and its effects on humans. This is because sin has become a yoke, sting, cankerworm, burden, and spirit that if one fails to understand its nature (activities and effects), one might remain in sin forever. This book is therefore God’s gift to you in all matter relating to sin, which has been eating deep into your soul. Why not take your time, read, digest, and apply the words of this book to your life and see yourself overcoming the power and spirit of sin in your life. Happy reading!

Evangelist Abozos Abiodun Peter is the Author of the popular book “Secrets of Effective Prayer”. He is a Teacher and a Minister of God in soul winning through songs ministration and practical Evangelism. He is the present Choirmaster of Christ Apostolic Prayer life Ministry in Lagos, Nigeria; the Coordinator of the same Church’s Evangelical Group. He is a graduate of Mass Communication from Olabisi Onabanjo University, Ogun State, Nigeria. He had his Master Certificate in World Bible School, USA. He is happily married to Temitope Kokoe Abozos, with three Children: Ezekiel, Joseph & Michael to the glory of God.