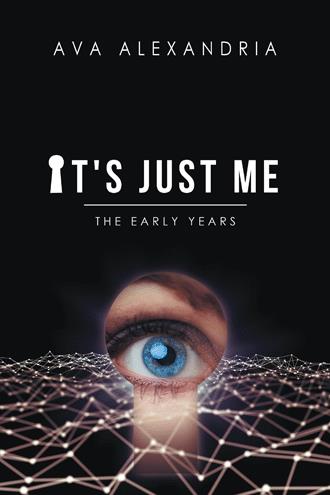 Besides it’s kind of cool being the only sane one in One flew over the Coo Coo Nest. Once I remember this tiny little lady crying holding her baby doll. I went up to her and asked her if she was ok? She replied no, that other lady told her she was ugly, I said “so what” it’s just a word. If it bothers you, let’s go make you pretty. And we did. I told her words don’t hurt, they are just words and that’s just how that lady is feeling about herself and we need to be extra nice to her. It took me a long time to learn this but… Punches hurt, hitting hurts, but not words. Just say to her when she says things like that to you, “I’m sorry you feel that way, I’ll pray for you”. It was New Year Eve when all of a sudden, we were being herded into the observation room. We heard loud sirens and everyone started to panic. I looked out the window and saw the firetruck. When they looked out the window, they started to panic. I said, “No, No, look…, They dressed up the truck for New Year’s Eve, they are having a party for the people downstairs.” The residents replied, “Why can’t we have a party?” So, we did. Have you ever been locked up, in a room with paranoid schizophrenics with NO way out at med time!!! Well I have and it’s SOOO much fun. I got to get them to put on a show like American Idol, jump on chairs, and when things got really bad, when they saw the firemen coming through with their fire suits and axes, I just knew I had to do something as I saw the panic on their faces so I threw myself up against the glass window and screamed I need to get out of here…and they all started cracking up laughing saying do it again, do it again. If you would have seen the faces of the firemen with me spread eagle up against the windows screaming…. I could have peed my pants right there. But it was all worth it for my new found friends. The lost and the broken. In the land of the misfit toys. All without meds! I kept repeating the fact that they put the lights on the fire trucks because it was New Year’s Celebration and they were having a party downstairs. Of course, I thought I was going to be put in the white coat once the doors opened, but I think the nurses knew I was only trying to help cause the residents were calm. I’m not quite sure how one of the worse times of my life could be one of the best times of my life, but it was… maybe cause the focus wasn’t on me it was on those that were much worse than me and needed so much more love than I did. And I was getting the love right back. So very much unconditionally. I no longer had to be anybody’s puppet.

As I sit here and think of all the memories I could write about, I wonder, why do I choose these stories? I guess one could say it’s because days go by so quickly that before you know it, we’re old. Those turning points I thought about in our lives have turned in the blink of an eye. Whether or not you choose to complete reading this book is completely up to you. However, know just one thing: this book was put together with a lot of heart, soul, heartbreak, love, and, yes, tears. This book is written from three very different perspectives yet much the same woman, with very different stories of heartbreak and laughter. There is one very common thread, my love for God, along with my strength as a woman to persevere through some of the most horrific times of my life, not on my own accord—although at times I thought so—but by the grace and mercy of our Holy Savior, Jesus Christ! I would like to take this time to thank all those who went on my journeys with me—those who supported me, those who held me, those who cried with me, and yes, even those who gave me a kick on the rump when I needed it! I would also like to thank my church for being our rock on those days our lives turned into nothing more than a swamp. I dedicate this book to the ministry that has been helping me throughout the years, for all the goodness you gave to me and others. In his loving grace, Ava Alexandria

I am a sixty year old female, living in a small town, with an emotional support animal and a lovely husband. I have too many kids to count and even more grandchildren. My wish is to be able to see more of them. So I guess you could call me an empty nester from the baby boomer years. If one thing life has taught me, you do not only learn from school or from your elders. I have been self taught on numerous subjects that I have come to learn the biggest lessons are taught by children.