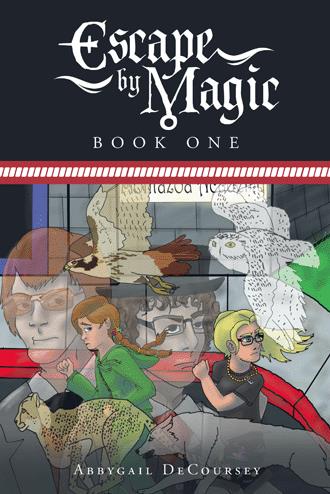 “Are we clear?” I asked, checking the other side of the large evergreen, seeing no one in the field of grass in my backyard, nor in the busy streets and sidewalks I envisioned. “Yeah, follow my lead we’ll.....” Kris trailed off as she at first sneaked from the shelter of the tree, to now standing in shock. Pushing from the ground joining her, my jaw dropping to the ground to join hers. Everything as I pictured and more stood before us. Not the wood pile, or the old barn. It and the river, trees and fields disappeared. Was I just picturing everything extremely vividly all the sudden? I shook my head and squeezed my eyes shut for a handful of seconds. Popping back to see the same unbelievable scene roll back before me, just as my eyes remembered it only seconds before. “Kris are you-” “-Seeing this too? Yeah.” She said, she must have done a similar double take. How, why, what.... What was making this happen? More importantly, how? “It looks a lot like the side of Pine Valley don’t you think?” I gazed, cocking my head, recovering from the shock by finding familiarity. Kris tilted her head in the same way and nodded. “Yeah that’s how I pictured it too for some strange reason.” Kris agreed, surprised at the sight of seeing our middle school as the location of a top secret mission in our heads. The building towered above us, in a gray brick alternating pattern, with green metal archways in front of entrances and exits, and a black roof to top it all. The building was massive, and seemed to have at least two wings or more. Where the wolf emblem would have been, a giant paramecium took a pose, as if caught under a microscope, specifically, a euglena or at least looked like one of my favorite microorganisms. It’s a wiggly balloon shape, with a long whip-like tail and one red photo-sensitive eye. This must be a very sciencey and nerdy school. That was probably my fault, we were learning about microorganisms today in class... “Sammy, weren’t we running from something earlier? Like weren’t we trying to get to our objective before they did?” Kris snapped me from my revelries. Just as well, they were all about school anyway. Then it hit me. Terror rushed through me like a shiver, and for a second my character came out and, she knew who they were. She knew them very well, they terrified all the agents. “Yeah, we probably ought to find cover before they find us.” I stated, just as Kris began pointing in fear in another direction, as if she too knew what I did about them. “I think it’s a little late for that.” Kris stated the obvious, as I laid my eyes on the sight. The two men were intimidatingly tall. The tallest wearing a top hat over his curly matt of hair, as if he needed a height adjustment. He was quite a sight to behold, but it was his slightly shorter, but still tall, companion that sent shivers up my spine. Something about the way those mysterious brown shades glinted in the sun caused fear. His terrifying grin was no help either. Their matching gray three-piece suites completed the intimidating ensemble, with the top hat gentleman wearing a black vest and the shorter a red one. “Sammy, stop describing it in your head and lets get out of here!” Kris said, pulling me out of my trance to the entrance of the school. “Your eyes are already doing it, no need to describe it to yourself!” She finished when she knew I was running with her. In sync, we ran to pry the two glass doors open, pulled into a lobby, and come to a screeching halt in silence. It looked like a school on the outside, and reciprocated on the inside. Posters of colorful advertisements of school lunches and programs were plastered across the walls, the office was next to us to our left, and three hallways branched from our direction. The halls were mostly empty, with the exception of one kid late to class. He and us exchanged awkward glances before he quickened his pace down the hallway to our left. We shrugged to each other, me defaultly grabbing my backpack straps, and Kris going to grab the loop where I hang my backpack from, both of us expectedly surprised nothing was there. “Guess no backpacks?” Kris asked, out of her element. At first I was relieved for a second before seeing Kris’ face saddened. I hadn’t realized how much that meant for her. Despite that obvious missing detail, it was like we were back in school all over again. Except this school was a bit different... almost a bit, magical. “Molly! Julie! Get back here at once!” A voice barked from ahead, and my stomach curled. Based on how the voice sounded, my mind didn’t want to find the source, but curiosity overtook, and I regrettably looked in that direction. I have been around people who are overweight all my life, but this was obesity at its extreme. Her body through her clothes showed rolls of fat I didn’t even know could do that. Her blue blouse was halfway unbuttoned to keep from bursting forth to show the tight white shirt underneath. Her black slacks held her thick legs, and her rolly belly. Her face seemed to be the place she carried much of her weight, and I could count at least two neck rolls. Her lips were puffed up and out, her nose big and even pointed like a claw. Her eyes were not proportional to the size of her face, looking small amid all of the skin showing. Her hair didn’t help much, merely a temporary draw for the eyes to the mass of red curls before once again drowning in all of her adipose.

Like with most girls growing up with imagination and spirit, Sammy and Kris’ worlds that are inside their heads are so much cooler than the world which they live in. To escape, the two play imagination games together, feeling in their hearts that it was real, but knowing in their heads it couldn’t be. One day those ideas completely reverse, the world of spies and mysteries coming vibrantly to life after being played for only moments. Now Sammy and Kris must live through their fantasy and find out it’s not as whimsical as they thought it would, but with even more depth than they could have imagined. Can they make it through Shades and Xo7’s schemes to find the objective? They’ve pretended to be heroes before, but now they have to be them.