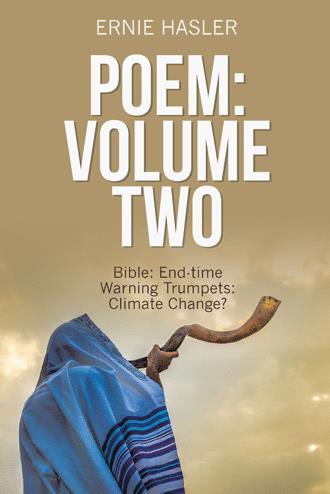 Recognising that the clear prospects are so very bleak Ancient prophecies into present-day global warming effects Projecting futures we have seen on our news as real threats Eight billion human population, causing displaced people Syrian, Central-American, Rohingya etc. refugee’s; so unequal World warlords, like Trump, Putin and Assad, label refugees Terrorists, criminals, drug-dealers, when they are just escapees Mostly just husbands and wives trying their families to survive Suffering severe hardships, hatred and grief, just to stay alive Yet these evil, pompous, war-lords commit murders most foul Bombing hospitals, schools, markets, thinking from their bowel Carbon dioxide emissions from fossil fuel power stations Carbon dioxide emissions from fossil fuel airline operations Carbon dioxide emissions from big diesel car transportations Carbon dioxide emissions from heating and cooling of poorly insulated houses and other fabrications Methane from thawing Arctic permafrost in present heat Inefficient use of land and from animals producing red meat Deforestation of forests for wood, pulp, for what we eat Fertilisers containing nitrogen produce nitrous oxide a greenhouse gas Millions of people will be displaced by rising sea level, on mass More killer storms and displacement of millions of people Massive crop failures, desertification and refuges, a sequel Extinction of species including pollinating insects and famine Melting glaciers, drying rivers, human actions we must examine Disease and pestilence caused by uncontrolled human faeces Acidification of the oceans causing the disappearance of coral reefs and many other related species. Conclusion: The immediate threats from global warming are not just frightening they are terrifying and iniment. You can see that global warming is multi-causal so, an intelligent species would not remain ambivalent. Conflicts and competition for fresh clean water and enough food will cause millions of people to become refugees. Increasingly violent storms will wreck communities. Wildfires will get beyond control, destroying more than towns. Possibly triggered by Brexit, the world financial system will collapse, in huge national debts and in repayments drowns. Led by egotistical tribal leaders, Trump, Putin, to name only two, majorities will turn on minorities with ruthless cruelty. We are seeing these things happening on our news reports though disguised by ambiguity. You have seen the severity of all these things getting worse. The unpalatable answer is to immediately, yes, it must be immediately, will we wake up to continuing crisis reports. Apply a 10% carbon, meat and industrial use of water charge And see a green, sustainable future emerge. First, we have to return to Yahweh our Creator Elohim and His Torah (commandments). Live simple wholesome lives, a straight path and no tangents. 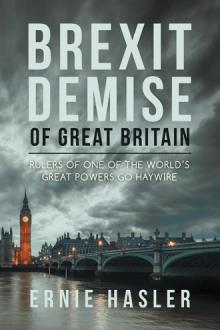 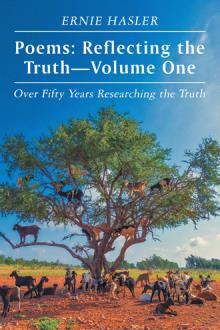 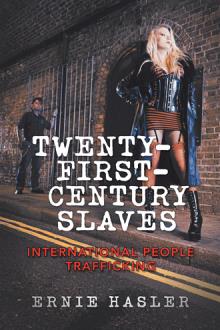 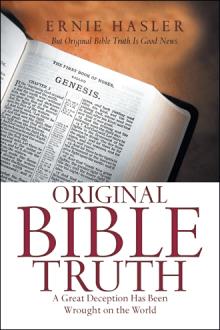 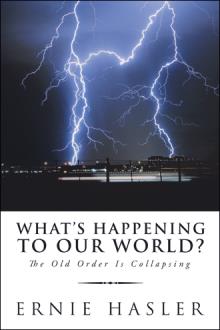 Global warming is now affecting every part of the oceans, surface, and atmosphere of our planet. We are experiencing catastrophic weather events ranging from wildfires; increasingly severe storms, flooding, droughts; rising sea levels; reduced clean water; extinction of species; loss of pollinating insects; reduced ocean life; loss of agricultural productivity; reduced fishing yields; population conflicts; and large movements of refugees. Within the lines of a continuing prophetic poem, Hasler reflects on current environmental concerns through biblical warnings extracted from the Book of Revelation. While relying on the seven trumpets to organize his reflections, Hasler explores all the reasons why our environment and its inhabitants are suffering such as the plastics that are invading our oceans, the scarcity of fresh water, and the dangers of pesticides. Included is his prose commentary that focuses on the creation of Jesus Christ (Hesus Krishna) as a man-god in the tradition of Roman state religion while encouraging others to recognize the true Messiah. Poem: Volume Two continues a visionary verse that utilizes biblical warnings to bring awareness to global warming and its devastating effects on our beautiful planet.

Ernie Hasler started working as an apprentice engineer with the Ministry of Defense at Royal Ordnance in Bishopton, Scotland at age sixteen. He retired as a health and safety advisor after more than a half century of work. He founded the charity, Plant Tree Save Planet, and has funded the planting of thousands of seedlings. Today, Hasler continues his passion for the environment while residing in Old Kilpatrick, West Dunbartonshire, Scotland.