KNOWLEDGE OF THE HOUR 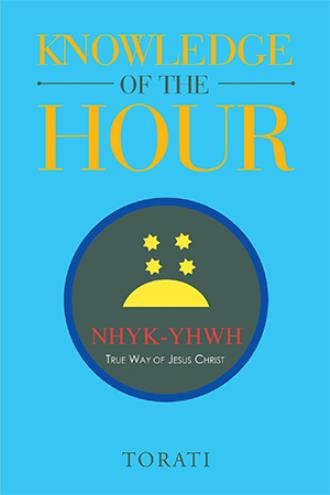 I heard people talking about the New World Order, and I asked myself, “What were the characteristics of the old one?” In this book, you will have an opportunity to hear from the Spirit of all knowledge. But this is just the beginning. We will understand that God has chosen many people, and they are a generation bridging two different times and spaces in the world. I will confirm that this message is not new to most of your ears, but why is it coming back? Many used their intellectual capacity to hold us in the spiritual captivity of idolatry, forgetting that there is time for everything. Many people believe in the existence of spirits and supernatural communications but are allergic to anything in contradiction of the church’s involvement in causing people to stray from the true God, who is the Lord of Hosts. “I acknowledge your great wisdom, Father God of heaven and earth, that you have hidden these spiritual truths from the wise and intelligent and revealed them to those seeking God’s will and purpose” (Matthew 11:25). Throughout the ages, the Almighty God has kept sending prophets, messengers to restore the glory of God on earth by exposing the spiritual Old World Order established under the leadership of Constantino Augusto on 03/07/321, after Jesus Christ ascended to heaven. This was the time the spirit of the Antichrist succeeded in its coup to infiltrate science, religion, and politics. It’s time to bring you out of faith confusion. This book is coming to challenge those who continue to think that God does not care about names of days, months, and the calendar. After you read this book, something positive will start to influence your mind-set. Please follow your conscience.

Torati is one of the refugee youth chosen by the God of Hosts. One day, in the second month of two thousand forty-two (2042), on our calendar, this was in the month of November 2007, in the refugee camp, the people were expressing their desire to know the Lord, our Creator. Life in the camp was so miserable. Angels of the Lord appeared to them and said, “May the grace of our Lord Jesus Christ be with you.” They received it, and the angels stayed with them. They became friends of the Lord of Hosts. After 787 days had passed, the Lord sent His friends, and He returned to His heavenly dwelling. Then He said, “Go forth and follow the example that we taught you,” but some were thirsty, and others were hungry. Then the Lord taught them again for a period of four hundred days. They came to know and understand many things, including the many secrets in the mystery of the Bible, which he made clear for their understanding. They were given the power to serve their fellow refugees by helping them with sugar, lamps, fuel for the lamps, and matchboxes; they shared candles and food with many of those in the camps. And the Lord has taught them to walk according to His will and not according to their wishes. And He gave them the work of proclaiming His advent through the True Way of Jesus Christ, which is their responsibility. They became enemies of all those who depended on the law and absolute doctrines of their denominations. That camp is an example of the world that the Lord has given us victory over, as He has all things, because while there, many souls of the old prophets reached out to them and the Lord’s archangels came to speak to them and encourage them. Contact the author: torati@njiayahaki.org Mailing address: 2212 67th Ave NE Tacoma, WA 98422