Snapshot of Past and Present Historical Events in African Countries 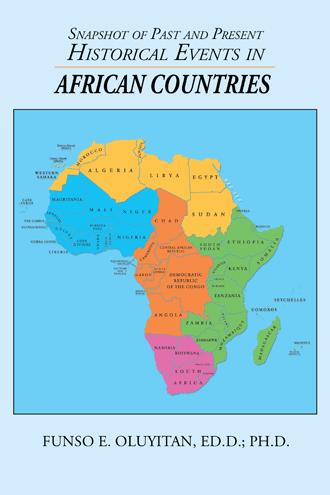 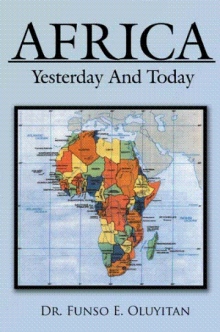 In this book you will read about the 57 African countries. The history of each country begins with the original settlers followed by the European invasion and rule. You will read about the countries’ struggle for independence, indigenous governments after independence, the emergence of military governments, followed by democracy as practiced in Africa today. The snapshot of each country is written in less than 1000 words. Enjoy the reading.

Dr. Funso Oluyitan is a retired professor of communications and for over a decade was the executive director of ASE African Center, in Dayton, Ohio. A journalist by profession, Dr. Oluyitan started a career in journalism, as a reporter with the Nigerian national newspaper, The Morning Post. He was one of the reporters that covered the 1964 Nigerian Federal Election.. From 1965 to 1969 Dr. Oluyitan worked for the Nigerian Broadcasting Corporation, Radio Nigeria, Ibadan as a music librarian, news translator and a producer. He received Regional Controller’s Letter of Commendation for Excellent Performance in Broadcasting in 1968. A political science graduate of Bowie State University, Bowie, Maryland, Dr. Oluyitan also attended Indiana University, Bloomington, Indiana where he earned a master’s degree in public affairs/journalism and in 1980, a doctor of education degree in instructional technology. Thirty-four years later, 2014, Dr. Oluyitan earned a second doctoral degree, a Ph.D. in Leadershp and Change (anti-corruption) from Antioch University. At the completion of his master’s degree, Dr. Oluyitan was employed by the Indianapolis Police Department as a victim assistance officer. In November 1976 he received an Award of Worthiness and Accomplishments at the Indianapolis Police Department as an Officer of the Month. Dr. Oluyitan returned to Nigeria in 1980 to work for the Nigerian Television Authority where he also bagged an award of Excellence as a Training Officer. Dr. Oluyitan taught at Ahmadu Bello University, Zaria from 1981 to 1988, where he served as a senior lecturer, head of Instructional Technology and assistant dean postgraduate for the Faculty of Education. In 1988, Dr. Oluyitan returned to the United States to work as a program officer for the National Association for Equal Opportunity in Higher Education (NAFEO), an educational organization representing the 117 Historically Black Colleges and Universities. In this position, he liaised extensively with the United States Congress and the United States Agency for International Development (USAID). Dr. Oluyitan also worked as director of public relations at Lincoln University, Pennsylvania (alma matter of Dr. Nnamdi Azikiwe, first executive president of Nigeria and Dr. Kwame Nkrumah, first prime minister of Ghana). Dr. Oluyitan was also director, integrated information technology processing at Bennett College, Greensboro, North Carolina. Dr. Oluyitan ended his academic stint at Wilberforce University, Wilberforce, Ohio where he was a professor of communications from 1997 to 2006. He received Wilberforce University Faculty Merit Award Teaching Excellence in 1999. Dr. Oluyitan has received many awards and honors. He is listed in Who’s Who in Nigeria, 1990; Who’s Who in American Education, 1996-97; and Who’s Who in America, 1997. Dr. Oluyitan is the founder and director of the Association of Nigerians against Corruption founded in 1984 at Ahmadu Bello University. The NG campaigns against bribery and corruption in all its ramifications in Nigeria and imbibe in the Nigerian youths in colleges, polytechnics, universities and other tertiary institutions, and in diaspora to embrace the virtues of corruption free society (www.anachq.org). A prolific writer and communication expert, his photography work was selected as one of the top 7% in an international photo contest for Best Photography: Annual 2002. Dr. Oluyitan has written extensively on information and communication techniques and has also produced for radio and television broadcast. He hosted and produced International Insight, a weekly talk show and Sermon from the Studio, monthly on Time Warner cable television station broadcast in the Miami Valley area of Dayton, Ohio. Dr. Oluyitan wrote bi-weekly column on Africa for West African News, a newspaper published in New York. He also wrote columns on Africa in Carolina Peacemaker, Greensboro, North Carolina; The Black Voice, of Riverside, California; and Tennessee Tribune, Nashville, Tennesse, of which he served as a member of editorial board. Dr. Oluyitan has contributed chapters in a number of books and has made academic presentations in conferences around the globe. He is the author of Combatting Corruption at the Grassroots Level in Nigeria (Palgrave-Macmillan,.2017).