Except the Lord Build the House 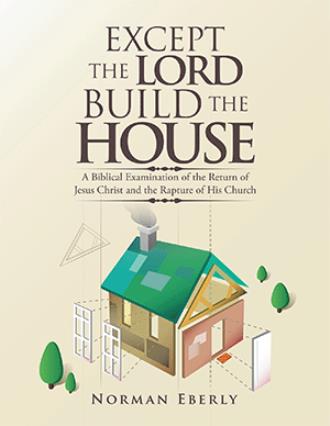 There is a popular consensus today among teachers of endtime prophecy that the Great Tribulation is synonymous with the outpouring of God’s wrath on the Day of the Lord. Many have even followed this conclusion without question. The Bible, however, never explicitly states that the Tribulation is synonymous with the wrath of God. Furthermore, according to our foundation and framework, the Great Tribulation cannot be the wrath of God, since it is clear that the Day of the Lord will follow the Tribulation. So, if the Tribulation is not the wrath of God, then what is it? Satan is Angry Simply stated, the period of Great Tribulation will be a worldwide demonstration of Satan’s wrath. First, let us recall the words of Jesus: When ye therefore shall see the abomination of desolation, spoken of by Daniel the prophet, stand in the Holy Place…Then let them which be in Judaea flee into the mountains…For then shall be great tribulation, such as was not since the beginning of the world to this time, no, nor ever shall be (Matthew 24:15-21). According to this passage, the Great Tribulation will commence with the Abomination of Desolation, which will not be an act of God but of the Antichrist. (Surely God Himself will not commit the Abomination of Desolation!) It is therefore reasonable to conclude that the Tribulation will be a time when the Antichrist will wreak havoc throughout the world. This should be contrasted with the Day of the Lord, when God’s judgments will be poured out. Paul said to the Thessalonians: For yourselves know perfectly that the Day of the Lord so cometh as a thief in the night. For when they shall say, Peace and safety; then sudden destruction cometh upon them, as travail upon a woman with child; and they shall not escape (1st Thessalonians 5:2-3). Paul referred to the Day of the Lord (God’s wrath) as “sudden destruction.” The Great Tribulation, on the other hand, will not be an event of “sudden destruction”; rather it will last for a duration of time. The reader may remember from the Introduction to this book that the Great Tribulation will occur during the second half of Daniel’s 70th Week, over the span of 3½ years. We see this 3½-year time frame mentioned several times in the following passages. The reader should notice how each description is characterized by either the Devil or the Antichrist making war against the saints of God. Thus, the Great Tribulation is always depicted as an act of Satan – not an act of God: ...And he [the Little Horn; the Antichrist] shall speak great words against the Most High, and shall wear out the saints of the Most High...and they shall be given into his hand until a time and times and the dividing of time [3½ years] (Daniel 7:25). ...There shall be a time of trouble, such as never was since there was a nation... How long shall it be to the end of these wonders?... It shall be for a time, times and an half [3½ years]; and when he [the Antichrist] shall have accomplished to scatter the power of the holy people, all these things shall be finished…And from the time that the daily sacrifice shall be taken away, and the abomination that maketh desolate set up, there shall be a thousand two hundred and ninety days [3½ years plus 30 days] (Daniel 12:1-11). ...And the holy city shall they tread under foot forty and two months [3½ years]. And I will give power unto My two witnesses, and they shall prophesy a thousand two hundred and threescore days [3½ years]...And when they shall have finished their testimony, the beast [the Antichrist] that ascendeth out of the bottomless pit shall make war against them, and shall overcome them, and kill them (Revelation 11:2-7). And the woman fled into the wilderness, where she hath a place prepared of God, that they should feed her there a thousand two hundred and threescore days [3½ years]…And when the dragon [the Devil] saw that he was cast unto the earth, he persecuted the woman which brought forth the man child. And to the woman were given two wings of a great eagle, that she might fly into the wilderness, into her place, where she is nourished for a time, and times, and half a time [3½ years], from the face of the serpent. …And the dragon was wroth with the woman, and went to make war with the remnant of her seed, which keep the commandments of God, and have the testimony of Jesus Christ (Revelation 12:6-17). And there was given unto him [the Antichrist] a mouth speaking great things and blasphemies; and power was given unto him to continue forty and two months [3½ years]…And it was given unto him to make war with the saints, and to overcome them… (Revelation 13:5-7). In the above passages, we see the 3½-year period mentioned eight times. In each instance, the Bible describes how the Antichrist (or Satan himself) will wage war against God’s people. (God’s wrath is never included in the context of any of the above passages.) Hence, the Great Tribulation will undoubtedly be the time when Satan, via the Antichrist, will make war against the saints of God. But who are these saints that the Devil will war against? 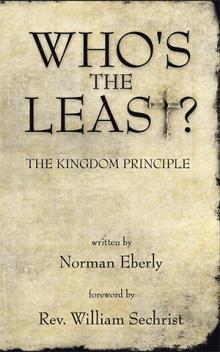 At the turn of this century, Tim Lahaye and Jerry Jenkins published their famous Left Behind series, with the underlying plot that Jesus would abruptly appear in the sky and “rapture” (catch away) His church just prior to the worldwide “Tribulation.” Throughout this seven-year period of Tribulation, the main characters who are “left behind” find themselves in a survival struggle under the hideous rule of the Antichrist, as they earnestly await another appearance of Jesus at the end of the Tribulation – clinging to the hope that they will get another chance to be saved. This fictitious story is based on the predominant prophetic teachings that have been widely accepted as orthodoxy among many non-Catholic denominations. But just how accurate are these conclusions when measured up to the Word of God? What does the Bible really say about the Rapture and the return of our Lord and Savior Jesus Christ? In Except the Lord Build the House, author Norm Eberly constructs a doctrinal house from the ground up, using the literal renderings of various passages from the Bible as a foundation. Throughout its pages, the reader is urged not to apply “mystical interpretations” to Biblical prophecies, but rather to simply read the Word of God at face value in order to arrive at sound, logical conclusions. Later in the book, numerous prophetic interpretations are introduced for the reader to ponder – but only after a firm foundation that is based on the literal wordings of the Holy Scriptures has been established. Written for scholars, students, and novice Bible readers alike, and with over 100 charts and illustrations, this book offers a fresh approach to the study of Biblical prophecies for the endtime and presents a bold challenge to the status-quo of popular Evangelical teachings concerning the Rapture and the Lord’s imminent return.

Norm Eberly is an obscure author who has studied prophecy for over thirty years and has spent more than twenty years writing this book. In each chapter, his perspectives are unique and compelling, adding much needed insight to the intense debate over the fulfillments of endtime Biblical prophecies. Norm Eberly also authored Who’s the Least? The Kingdom Principle, published by Authorhouse.