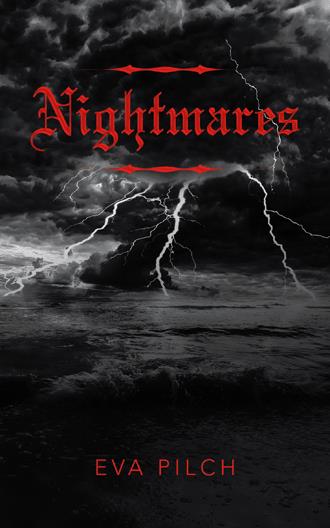 They gathered all the equipment. Emily grabbed her flashlight before closing the trunk and they headed into the woods. It was very quiet and still. You couldn't even hear a bird chirp. The air felt very thick. Grace thought it looked hazy and that it might be one of her symptoms until Emily spoke. “Doesn't it look like we are walking through something. It's not foggy. I can't describe it.” “I know what you mean,” Grace answered. “That means it's active. We should get some good evidence today. There is either a lot of presence here or the dimensions are opening and we can tap into things that are always there.” When they reached the site of the burials, Emily started to place her equipment down on one of the big rocks. They were in a very small dirt field with trees surrounding them. Grace put down the rest of the equipment and sat down on one of the big rocks. Emily pushed the power button half way on her flashlight and laid it down on the tallest stone. She handed Grace the dowsing rods. Grace held them tight and they started to shake with her hands. She immediately put them down. “I'm sorry. I think there is something wrong with me,” Grace whispered. “Are you OK? Should we go to the hospital?” “No. No. This is nothing. If I start to feel like I'm going to pass out, I'll let you know.” Emily handed her the EMF reader and walked over to her flashlight. She hovered her hands over the flashlight to donate her energy to any entity that might need it. This way it can be easier for the entity to slide the button all the way on the flashlight. “Is there anyone here? Please turn on for yes,” Emily directed. They both sat silently for a few minutes. The forest was still very quiet. Not one leaf rustled. Not one rodent was out. It was like a photograph, completely still. “Is there anyone here?” Emily asked again a little louder. There was a slight breeze and they heard a few leaves rustle. Grace stared at the EMF reader. Only the first yellow light was on. The different versions of orange and red lights stayed off. Emily turned to Grace, “Usually this flashlight loves to flicker. Last time I had at least ten yes and no questions answered.” Grace nodded. Emily continued to patiently ask the flashlight the same question for the next ten minutes. The only thing that was witnessed, was the sound of a small squirrel climbing a tree not too far away. Emily walked over to the ghost box and set it up. You could hear the changing of the radio stations every couple of seconds with the different sounds of static in between. “Is anyone here?” Emily asked. Nothing was heard but the changing static. “Is there anyone here?” Emily asked again. “Yes,” said a male voice among the static. Grace and Emily both looked at each other. “How many of us are here?” asked Emily. “Two,” said the same voice as the static kept changing. This confirmed that the words were no coincidence. They had actual contact. Emily has done this many times but her eyes still got wide as she perked up. “How many of you are there?” asked Emily. A woman's voice spoke now, “Many.” Grace's heart started racing as she stared at Emily to see if this was normal or if they should start running for their lives. Emily's eyes were still wide and now with glee. She showed Grace a thumbs up and went back to asking the ghost box questions as it skipped from active stations and static. This calmed Grace down, but she was still nervous. “Are you good or evil?” “Both,” said the male voice from before but more loudly and the two friends glanced at each other again. Grace interjected, “Well maybe lost is a better word than evil. We don't want to offend them.” “You're right,” Emily agreed and turned back to ask more questions, “Are you OK?” “Yes,” went the male voice, not as loud anymore. The two of them sat in silence for a few moments taking in what was happening. “Dead,” the woman's voice came again. Grace felt a pit in her stomach. Part of her wanted to get up and run. The other part wanted to learn more about what happens after this life ends. If they were making contact with the other side, that meant there was another side. Emily went closer to the ghost box. “Who?” She asked. The stations kept changing. They sat for several minutes listening intently. A small sound was heard that was similar to the woman's voice, but nothing that could be deciphered. Emily continued, “What's your name?” “John,” said the male voice. “Who else,” Emily's voice went louder. Again the communication stopped. Grace walked over to the machine. She looked at the machine without blinking. A look of great concentration was on her face as if she could ESP what the ghosts wanted to say. She leaned in closer and decided to voice her question. “Why did my cousin have to die at sixteen years old?” “Suicide,” replied the male voice. The channels kept changing. Grace and Emily sat silently puzzled. They both know Jamie died in a car accident. Grace was driving that car. It was no suicide. Then the words started to come out more frequently. It was the same familiar male voice that spoke and it spoke after every two or three station changes. “Past life...Died...Early...Sixteen years.” After a moment without communication, Emily spoke, “Jamie killed herself in a previous life, sixteen years before she was supposed to die?” The male sounded very loud now, “Yes!” 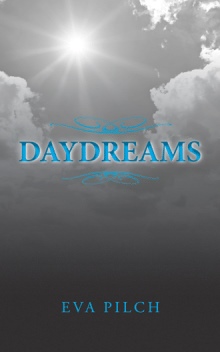 Grace spent her life priding herself as being the good girl despite all the things she has been through. She suffers from nightmares and finally snaps when she finds out she has a rare fatal disease. Living her new bad girl life to the fullest, she learns a lot about the dark side of life and why bad things happen to good people. Grace experiences intoxication, promiscuity, and starts hanging out with a bad crowd. This leads to heists and murder. With her friend Emily, a paranormal investigator, they conquer fears and the entities that are influencing Grace to be bad.

Eva Pilch is author of Daydeams and Through My Eyes, a book on philosophical poetry and photography. She has been published in Different Voices, an international magazine, and Lumpen Magazine. Pilch wrote articles as the Chicago Paranormal Examiner. Her photography is sold as prints, home decor, accessories, and more. She has hosted shows for LOERadio WNUR-FM 89.3 and Slam Internet Radio.