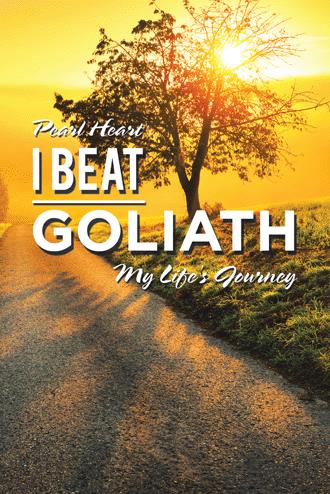 I Beat Goliath, My Life's Journey, is a powerful, inspirational and dynamic expose of Ruby Moyo’s life travel with six interchanges: - Her early childhood, a blissful existence; her later childhood, an affluent comfortable time , but spiritually and emotionally vacant; her married life leading to a cruel and painful divorce, the loss of her children, an abrupt termination of her career and loss of her home; her harrowing experiences living as a rough sleeper on the frightening streets of Bridge city; a short term Prison sentence , her stints in homeless accommodation units and an unsuccessful Alcohol Rehabilitation programme until her Restoration. The reader is invited to share in Ruby’s story which although tragic in some parts, it is hilarious in other parts. On the whole, the book is an uplifting, exhilarating experience filled with hope. Is is about overcoming adversity. This is not a Religious book. Where Bible Scripture is cited, it is for the benefit of giving impact to the issues that Ruby has raised. In writing Ruby’s story, I aim to bring hope to the myriad of desperate people in this World, whose lives are blighted by Addictions, Illness and Loss in its various forms, letting them know that when they feel they have come to the end of their Life Journey, that could just be their new gratifying beginning. I also write this book to reach out to the millions of desperate people out there, or just somebody who is feeling today that their life is at an end, to give them hope, and let them know that their perceived end is only just the beginning. I dedicate this book to my beloved children and grandchildren as a tool to them, in the hope that they learn, understand and avert the pitfalls that Ruby fell into.

“Pearl Heart. Dip Bus Studies, R.N, LLB Hons., L.P.C Pearl Heart is a mother and a grandmother. She has worked for many years as a Computer Programmer, Trained Nurse and Social Care Manager. She is recently Semi Retired from paid Profession and currently enjoys working in Philanthropy Charity Work and Church Ministry. She lives in Surrey, England.”