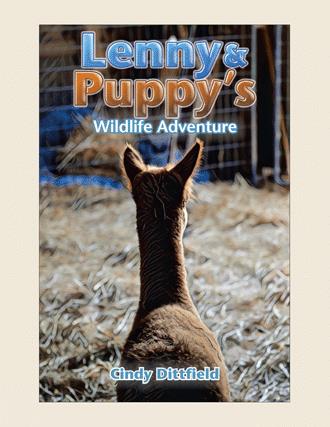 As the brown trailer pulled away from the farm, Lenny felt his heart swell with excitement. This was the first time he was leaving the alpaca farm. It was the first time he was going anywhere. Just a few months before he was living with his momma and now he was with, Puppy, another alpaca on the way to their new home. In some ways, it was sad and a little frightening to leave their farm, but they knew a special adventure was waiting for them. Lenny had just turned one and Puppy was four years old when they were taken to live with their new owners’. The young alpacas had no idea how far they would travel that day or where they were going. 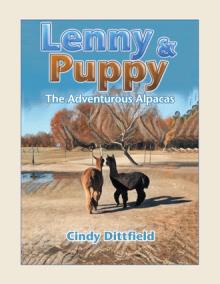 Lenny & Puppy’s Wildlife Adventure follows the story of Lenny and Puppy, two adventurous alpacas, who move away from their farm to a new world full of exciting and different animals. There they meet Francine, a fancy, loud duck, Jerry, an informative fawn, and Gertrude, a shy box turtle, who teach them, about friendship, difference and acceptance. The story then takes them back to the farm for the spring shearing where they share the stories of their wildlife adventure and Lenny is reunited with his momma for a special visit.

Cindy Dittfield resides in rural Virginia with her husband, Michael. Cindy moved from northern New Jersey after raising her family and retiring from an accomplished sales and marketing career. She and Michael moved to their retreat in rural Virginia where they are enjoying country living. There they spend time with their alpacas, Lenny and Puppy and three crazy ducks, Francine, Flo and Fay, the inspirations for Dittfield’s Lenny & Puppy book series. You can read more of Cindy’s blogs and enjoy her photography on her website www.cindydittfield.com