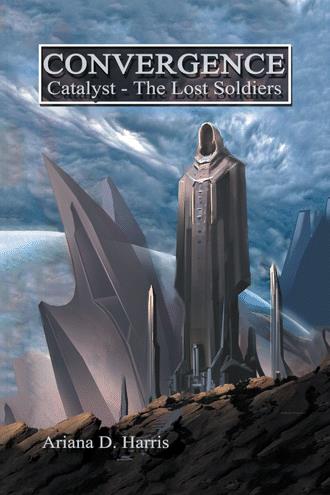 He slowly reached for the spare key on the door ledge and opened the door. Once inside, he dropped his bag. The sound echoed down the hallway. “I’m home.” He whispered. Something he’d done since he was a child. And just like then, there was no answer. Vietnam was warmer. He closed his eyes that were starting to brim with tears and shut the door. Then he proceeded to break two his father’s biggest rules where being a man was concerned. He fell to his knees, revealing the true toll Vietnam had had on his body and cried, exposing how damaged his soul actually was. And he knew, as he let his emotions run wild, this might be his one and only time to heal. Alone in a house that tormented him as a child, structured him as a teenager and turned him into an eager to serve soldier, suffering from a naivete that got others like him killed. He cried tears of shame, of anger, of remorse, and allowed his weaknesses, really his sins, to spill out; creating dark patches on a uniform he wanted to burn the moment he was released from active duty. But restraint, discipline, and explicitly his father kept him more emotionless than that strange-eared fellow he’d seen on television while he recovered from bullet wounds he received saving Remy, a friend he could only have in Vietnam, whose continued loyalty kept him together his first real week back stateside. Being there had been so comforting, he stayed longer than he intended. He knew he would have broken down sooner if he hadn’t gone home with him. And thinking about Remy’s loyalty brought Paul back from the brink of his guilt ridden induced insanity, because it also brought back thoughts of Athene. He sat still for a moment focusing on her, that produced an extremely calming effect. Telling himself that everything would be all right. He just needed to get some sleep, relax. And just as he got himself together, a large wooden crate sitting on the opposite side of the entry table nearly stopped his heart. It must have come on a day when the maid was there. She couldn’t have moved it herself, so the deliverymen must have brought it inside. Paul regarded the box with a sideways glance. The small voice in the back of his mind wondered if he should open it? What if he didn’t? What if he just left it alone? Could he forget about what was in the crate? Forget what he saw? Try and move forward without unraveling a mystery that had nothing to do with him? Could he just let it go? Try and get his life in order and recover from the hell he’d been through? He sat still, as the internal monologue looped, having a staring contest with the inanimate crate. Eventually, he blinked and the loop stopped. He didn’t want to feel the pain or exert the energy it took to stand up, besides he didn’t think he could, so he opted for pulling himself to the box. Once there he pulled the box around and looked it over. Getting it shipped to his home had been easier than expected. Vietnam, like any other war-torn country, was treated no better than a street corner whore. What were a few stolen items or more, if it meant some poor bastard could get by a few more days or live it up for one. It also helped that once they got the thing back to the base it had shrunk to the size of a record album. Remy had mumbled something about honor during the whole transaction, and he had smiled, telling him that honor was as useful as the paper it was printed on. Paul managed to get the box open by simply pulling up on the lid. All the valuables he placed inside had been stolen, just as he knew they would. He smirked looking at the slab of wood he had placed on the bottom himself. He could see them now, rummaging through the box and taking the gold trinkets and other little goodies Paul had taken from the dead villagers, following his main acquisition, and then turning into wise-asses and leaving him with a slab of wood. It had been a gamble, but after the time he spent there he thought it was worth the risk. He reached down and pulled out the slab to reveal a thick tan fabric that Paul wrapped the disk in. He pulled the disk out and unwrapped it. He almost dropped it when he saw the symbols had changed. He wondered if he would be able to figure out what they meant now?

May, 1967. When USMC Lt. Paul Craven stumbles across an alien artifact in the jungles of Vietnam, he finds himself embroiled in a 35,000 year old mystery that, once solved, could lead to the annihilation of the human race. Burdened by the sins of the war, as well as the sins of a distant past, Paul is torn between the man that he was and the man that he needs to become to stop the impending cataclysm heralded by the artifact. Caught between cosmic forces entangled in an eons-long conflict and an overbearing father with mysterious government connections, Paul must decide if he should save our world or let human nature take its course...

Ariana Harris is a long time genre fan. Starting at a very early age of 3, she would sneak watch horror movies in the middle of the night. Her father soon introduced her to anime at 5. After testing into geometry around the same time, and pursuing an intense study of math, her mother noticed her reading skills didn't match her mathematics. So at age 6, she got her first comic book and has been hooked ever since. Heavily influenced by horror, sci-fi and the space operas of Japanese anime and manga, Ms. Harris went on to combine her interests with her love of history and created a number of works including the Convergence Catalyst series. Ms. Harris was born in Los Angeles, California (a fifth generation native), where she continues to live and work in the Entertainment Industry.