Islam and the West 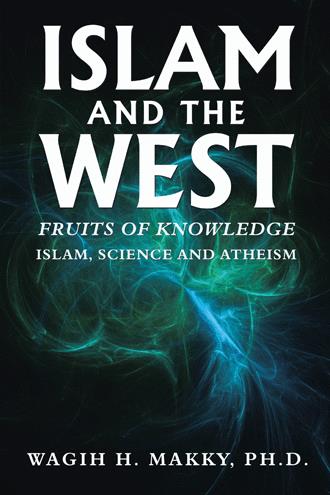 While Islam is characterized by remarkable cultural and intellectual continuity, Western Christianity is divided into basically two clearly separate historical phases with numerous subdivisions within each. The first is its dogmatic era when the Church dominated the lives of its adherents in return for a vague promise of better life in the hereafter. The second is characterized by the wholesale rejection of its belief system in favor of science and reason that took its shape with the enlightenment and advocated atheism. Thanks to the seemingly powerful arguments of atheists, even the Church modified its doctrines to claim the allegorical nature of the narrative of its Bible enabling the faithful to appreciate science while maintaining their beliefs. Due to the physical proximity of Christendom and the House of Islam, it was inevitable that an epochal interaction would take place. That relationship is discussed from an Islamic perspective in the series "Islam and the West". This book is the third in the series and it deals exclusively with the claims of atheism as the legacy of Western Christianity vis-a-vis the conceptual principles of Islam through the historical evolution of both. The lightening physical spread of Islam in its early days and its quick dispatching of Roman influence wherever it went brought it in close geographical and intellectual contact with Europe in just a few decades. Unlike Byzantium in the east, the heartland of the European landmass was of no material value and could not have presented a threat to Muslims in the Iberian Peninsula when they were at the zenith of their power. Therefore, Muslims could have overwhelmed the entire continent if they wished. However, that is not part of "The Grand Cosmological Divine Plan" advanced in the book as this would have obviated the natural evolution of humanity in its pursuit of knowledge and material power. Within the context of this plan, Muslims are supposed to be the implementers of God's (الله - سبحانه و تعالى) intentions for humanity and could not carry out their role along necessary steps that contradict His commands. That was reserved for someone else. Slowly but surely over many centuries Westerners devoured Islamic scientific, technological and intellectual achievements through their various contacts with the "Islamic Civilization" in the east and the west. That process resulted in the birth of the "Western Civilization" with its early signs showing in the renaissance followed by the enlightenment and finally the industrial revolution. Products of Western dominance can be expressed in the rise of "Atheism" with science replacing God (الله - سبحانه و تعالى) and the invention of inconceivable technological means of mass destruction. Thus, it was the West (as opposed to Islam) that carried humanity over the impediment of employing science and technology against divine wishes to continue the march of human civilization. That is the essence of the historical shifting of power from Muslims to Westerners. Atheism claims to be founded on reason and using science to explain and adjudicate all issues facing humanity without needing external higher power of a creator and sustainer. Religion is founded on exactly the opposite premise. In the Western mindset, religion necessarily meant Christianity as it is the only monotheistic belief system that requires God (الله - سبحانه و تعالى) Himself to appear on earth and be crucified for the salvation of humans. Atheism's antagonism to religion is therefore directed at Christianity with Judaism and Islam essentially implied. That is why Westerners persecuted Jews and could never reconcile themselves with Islam. Westerners, to a very large extent, succeeded with Judaism. However, no matter how bitterly they fought Islam intellectually and physically over the centuries, they failed even after atheism prevailed over Christianity. The fundamental reason is that the idea of Islam being implied in Christianity as a heresy is quite delusional. It seems that Westerners in their religious and atheistic varieties are incapable of grasping this fact even in this age of information and the global village. The book describes the historical evolution of the Islamic thought process and its unique characteristics and personalities. It also gives an illuminating qualitative overview of all aspects of science in its classical and modern phases till the present with emphasis on the physical theories that undergird the scientific structure as is currently accepted. After establishing the fact that Islamic conceptual principles have nothing whatsoever to do with Christianity, the book recounts the symbiotic relationship that existed between the "Islamic Civilization" and Western communities that gave birth to what is now known as the "Western Civilization" highlighting the influence numerous Muslim scholars exerted on Western thinkers. The logical next step is to justify the book's advocated thesis that while atheism succeeded in scientifically dismantling Christianity, it could not possibly do so to Islam. The idea is that unambiguous statements of the Christian Holy Book are at fundamental variance with irrefutable facts of observations and scientific findings. Therefore, sacred narratives of Islam should similarly be subjected to the same scrutiny to verify their validity. This is more important in light of the absolute Islamic conviction that the Qur’an is the literal word of God (الله - سبحانه و تعالى) and Prophet Mohammad's (محمد - عليه الصلاة و السلام) utterances are infallible. Supporting this contention is the fact that these narratives survived intact in their exact original composition over the entire history of Islam. The book gives numerous examples to show that interpreting these statements according to the rules and regulations of the Arabic language (the original language of all Islamic sacred narratives) is easily reconcilable with modern scientific findings to establish the veracity of such statements. On the other hand, it calls for Islamic thought process to undergo a "Paradigm Shift" in order for it to join modern day cultural and intellectual debates. The core argument of the book is that one does not have to accept the Islamic creed to appreciate the greatness of its contributions to humanity through having an open mind in getting to know Islam. These are the "Fruits of Knowledge".

This is the third book in the series “Islam and the West”. The West here is atheism as it currently represents Western high-culture. It is based on the premises that atheism is exclusively the legacy of Western Christianity and the Western fallacy out of sheer ignorance of considering Islam as a Christian heresy that suffers whatever shortcomings Christianity may have. Atheism took center stage with the rise of European enlightenment that sent its ideals across the Atlantic to form the intellectual foundation of the founding fathers of the American republic. Atheism dismantled Western Christianity avoiding all moral arguments while taking full advantage of the presumably absurd biblical statements about material physical issues such as the age of the universe and instantaneous creation. While this is patently an internal Western squabble, atheists unabashedly drag Islam into the brawl. Western self-centeredness cannot shake off bigotry and innate historical hatred of Islam even after renouncing Christianity. To make that point, the book ascertains the historical fact that the celebrated “Western Civilization” is simply nothing more than a product of the “Islamic Civilization” in the sense that all civilizations produce their offspring without exception as none come from a void. It does that through discussing Muslim scholars’ contributions to building an Islamic way of life and Westerners absorbing such massive structure at known geographical points of contact. Atheistic arguments are analyzed vis-a-vis well established Islamic norms and are found wanting. A rule of thumb is established that Islam alone can be discussed as a true representative of “Religion” as opposed to atheism. Since atheism’s newfound religion is “Science”, its major foundations and breakthroughs till the present are discussed. Islam’s sacred statements are then shown to be emphatically reconcilable with all findings of modern science without exception. These are the “Fruits of Knowledge”.

Dr. Wagih H. Makky is an Egyptian American with strong understanding of the conceptual principles of Islam. He has always planned to write scholarly works on Islam intended primarily for the Western reader based on his in-depth knowledge of both cultures. In the early 1980s he was a faculty at University of Illinois-Chicago where he participated in research on infrared materials for President Regan’s SDI program. During the same period, he was a consultant at Argonne National Laboratory and a Senior Fellow at Naval Ocean Systems Center. In the 1990s, he was also a research affiliate at Massachusetts Institute of Technology (MIT). He is currently an International Consultant on counter-terrorism technical means. Dr. Makky was selected to participate in the establishment of the Aviation Security Research and Development group at the FAA after the bombing of Pan-Am 103 flight over Lockerbie, Scotland where he held secret/top secret clearance. He supervised the activities of the National Academy of Science and the National Academy of Engineering panels on aviation security for the FAA. He organized and chaired many international conferences on aviation security and counter-terrorism. Outside of his official duties, Dr. Makky helped establish several Islamic centers and served as president of some. Over several decades he gave numerous lectures at various venues in an effort to raise Americans’ awareness of Islam and fight deliberate disinformation particularly after the events of 9/11. Dr. Makky was an outspoken opponent of the invasion of Iraq and on the very same day it took place, his top secret clearance was suspended. He was never given any reason for that action under the guise of national security. The appalling overtly anti-Islam actions and bigotry of the Trump administration prompted him to finally publish this series of books on “Islam and the West”.