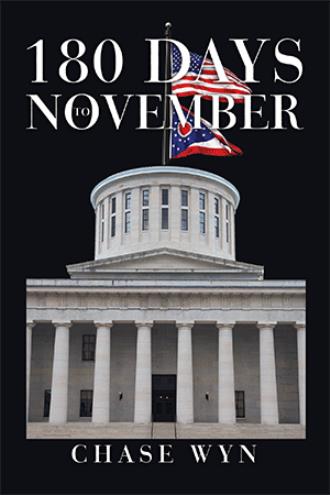 Suzi look up as two men in black suites strode in from the outside hall. “Is Governor Thomas available?” It was more of an order than a question. “To Whom am I speaking? At that moment Jake Stryker, President of the United States appeared. “At ease boys, that is no way to treat a beautiful lady.” And to Suzi, “Good morning, it’s Suzi I believe, it’s nice to see you again. It’s been a while since I was last here to see Governor Thomas, who so graciously helped me with the Ohio delegation. I needed those delegates to get the nomination and Jim delivered for me. I believe you helped in that effort also. True?” “Yes Sir.” “I know this is an unannounced visit, but Jim and I set this up privately yesterday.” Suzi Saito picked up the phone and hit #1 – immediately she heard Jim Thomas’ big voice on the other end. “Yes?” “Governor, the President is here to see you.” “Great! I’ll be right out!” Almost instantly Jim Thomas appeared from outside his private entrance and with a big smile he said “Welcome Mr. President. Did you have a good flight?” “I sure did Jim, came in on one of our little Gulfstreams under the radar. Parked out at University Field. Thanks a bunch for having your people out there to bring me in. I hope to be back in Washington by 3:00.” “No problem Mr. President.” “Suzi, would you please order lunch for the President and me at 11:30.” “Yes sir. Anything special Mr. President?” “No, just skim milk for my coffee, maybe a small tossed salad, surprise me with the entrée.” “Yes sir.” “Come on into my office Mr. President, let’s get to work.” As Ed Thomas and the President entered his private office, Suzi noticed the phone line to the Governor’s office was still open. Almost immediately as she went to shut off the phone connection, she heard Thomas’ voice. “Have you talked to our friend Angelo Donetti lately?” “Yes Jim, just yesterday. As a matter of fact, that’s one of the things I wanted to talk to you about.” “You mean the casinos?” “Yes, can we deliver?” With that Suzi hurriedly clicked her end of the open lines. As a chill ran down her spine, she recognized the name Angelo Donetti and knew he was the reported kingpin of the Chicago Mafia. She also knew those were private words and were not meant for her ears. “Oh my God.” She thought, I hope the Governor didn’t notice that open line before I shut it off. At that very instant he heard Stryker say “Can we deliver?” Thomas, out of the corner of his eye, saw a light flicker off on the phone console. Immediately, Thomas strode over and picked up his private phone. The line was dead. “What’s wrong Jim?” “I thought I saw my speaker phone line go off.” “It was dead when you just checked?” “Yes.” “Who could have heard something we just said?” “Suzi and Suzi only.” “Do you think she did?” “Don’t know.” “Can she be trusted?” 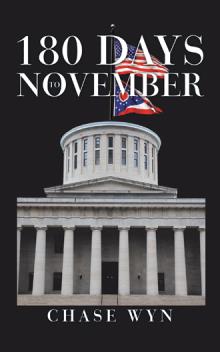 This thriller takes place between May 1 and November 7, Election Day. The governor of Ohio and the president of the United States are both running for reelection. Action involving rape, murder, organized crime, insider trading, sex, and political dealings explode in this run for higher office by Governor Big Ed Thomas and President Jake Stryker. Our hero, Deke Marshall, is drawn into this mess by the rape and murder of Suzi Saito, the governor’s receptionist and Deke’s soulmate. This novel, in addition to the excitement it creates with a tense and unpredictable plot, attempts to show that good people are not perfect and that bad people have some good in them usually—except for one Sammy Ferretti. Deke sets out to avenge Suzi’s death and, in the process, fights to save the governorship of Ohio and the presidency of the United States.

The author has had two prior careers, one in the world of finance and the other in optometry. Now he is embarking on a third, as a writer of fiction thrillers. When in college, he had a desk job in the rotunda of the Ohio state capitol building. His main duty there was to direct lobbyists and politicians to the proper committee rooms where various House and Senate bills were being heard. Because of this experience, the author became interested in politics and the mechanics of government. Hence the creation of his first novel. This writer’s work has been described as being written with a strong narrative hand, allowing him to keep his readers fully engaged throughout the plot.