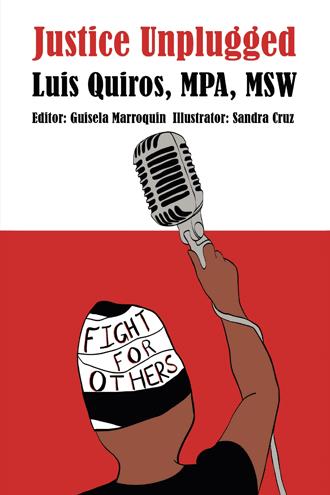 In 1776, American colonists looked to the Magna Carta as a model from the English Crown. It would be a misconception if we assumed that the English caused our Constitution to go sour. At least as early as March 4, 1789, the United States’ constitutional failures and ineptness appeared on the public stage. Heading into 2020, it is not about a current crisis, an experiment gone wrong, a nation enduring a mental health epidemic—or that it is part of our evolving nation—or all of the above. It is about a nation whose writers made sure our moral crisis would be imagined within the lines for the sake of flexibility and not on the lines where interpretations, by definition, are flexible. It is about a nation that unilaterally decides who is and who is not a person entitled to dignity. All of its challenges come from its occupants who refuse to test the strength of their moral authenticity. Until we raise our moral baseline and act on it, Non-Others will be processing and entertaining us with a fake democracy, will have us study fake curriculums, and will have us indulge in the practice of fake thinking to distort the difference between wants into needs, all according to race, class gender. We do this by misappropriating access to knowledge.

Early constitutional legacy for failures were many, but among the most chilling and telling was within the Fifth Amendment. All social constructs, therefore, must have their givens. They act out, they perform, and they are very observable on Others. An example of such performativity for those considered Others is the entire process of assimilation, identifying with a social class, e.g. blue-collar family or upper-middle-class family. And when confronted with Othering, performativity from those assumed to be members of the status quo can also arise, as in acting Black and cultural appropriation as well as tokenization found in do-gooder models. No wonder we have case laws that stifle, are antidemocratic, and in essence, are among the ugliest parts of this nation’s justice system. This creates courtrooms where money buys cleverness and short cuts, not justice. Thus, the domination of case law needs to be addressed and suffer through ethical interventions and innovations.

Clearly, all of my court appearance suffered through “the standard / the stereotype” distant from my peculiarities and opposed to my particularities. Until we understand that human beings will exist in a lost state until they exist in the nameless, where everyone matters, we will remain under lockdown. Certainly, that was one of my core points and goals in writing An Other’s Mind. In believing and changing that to be the case, existing in the nameless, we would also be defining and drawing up the perfect world order and require more from capitalism and globalization to reconcile law to and with social decisions for a controllable social order. Doing so would require holistic and interdisciplinary social and educational models—as opposed to our present models that support conditional dignity and love—thereby maintaining the favoritisms, particularizations, and bias inherent in sameness.

And that is what the public sphere was meant accomplish:

“Namely, to oppose the idea that national modes of belonging supply a legitimating ground for a polity. We govern in common with those with whom we may share no sense of belonging at all, and this refusal to mandate cultural familiarity as the basis of shared governess was clearly the lesson to be learned from her (Arendt’s) critique of nationalism.”

Not hard to locate is the date where the United States’ constitutional failures and ineptness first appeared. If you must know, it was on its first day of operation: March 4, 1789. It certainly is not about a unique current crisis, Trump, an experiment gone wrong, a nation enduring a mental health epidemic, or all of the above. It is a nation with a moral crisis. It would be about a nation that unilaterally decides who is and who is not a person entitled to dignity.

Years of Black, Brown and Otherized bodies, of all ages, dying in pursuit of dignity and resistant to injustice didn’t push people into action until being exposed as a nation, unapologetically living the ideals of colonialism. Through the representation of a presidential candidate and ultimately as the one sitting in office though known to not have been elected by the people, are the ideas of democracy, equality and justice truly in question. As White fragility increases, the population of those convinced that privilege was irrelevant and that we were in an era of post-colonialism, neo-liberalism, or a new form of racism, has decreased. Moving towards social justice requires reclaiming the building of community. The reclaiming pertains to the practices that indigenous communities modeled for not only survival but for the sharing of space, resources, knowledge, and building a shared value system that extended human interaction—inviting originality and agency.

Born of Puerto Rican and Venezuelan blood, raised in the streets of West Harlem, Luis Quiros learned early in life the value of forming a strong partnership between “street smarts” and scholarship. Quiros used this partnership to expose historical and sociological myths, as well as how fiscal policies and systems have plagued and affected the lives of those viewed as Others. Within classrooms and through writing and social commentary, Quiros goes beyond the research and captures narratives with a mentoring and community-building intention. Through his roles within non-profit and proprietary institutions, Quiros has brought expertise to challenge levels of service models that measure impact and how diversity and inclusion are defined. By transforming learning environments into creative, vulnerable and critical thinking spaces, Quiros has experienced how social change is possible. Quiros launched Justice Unplugged through radio airwaves as an hourlong talk radio show with a global reach and by building with different theorists and reclaiming a global philosophical framework. Formally, Quiros is an activist, community organizer, scholar and holds Masters degrees in both Public Administration focused on urban economics and Social Work with a concentration in community organizing, planning and administration. Quiros is also the author of An Other’s Mind (2011).