Oligarchies On The Rise 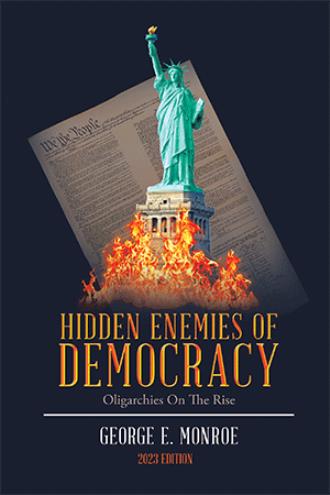 During a visit to Germany during the summer of 2012, I was amazed at how a vibrant and forward looking German society was incorporating realistic information about the Nazi Era in all manner of artifacts, exhibits, museum programs, and school curricula. These media were designed to critically examine what happened, how it happened, and the terrible results. The stated aim was to share the unvarnished truth, especially with young people who would soon become stewards of the German Nation. The hope was to raise their level of awareness so that they would be able to guard against ever again allowing such a horrific takeover of their beloved country. Throughout the lectures by museum guides and media accounts of the Nuremberg Trials I was held spellbound by descriptions of the evils that the Nazi regime had perpetrated on German society and the world. Included in the presentation of documented facts was a session on things that were learned from the trials. The most important finding cited was that big German corporations were complicit in bringing Hitler to power. Lured by visions of great profits to be made by the confiscation of properties, slave labor, and the very little expense for subsistence maintenance of workers, already rich corporations like Krupps and Siemens had actually aided and supported the hellish Nazi Regime. At the time, I was somewhat able to reconcile this damming revelation with the positive understanding that they were stopped, exposed, made to pay reparations, and steps were taken to make certain that such terrible crimes would never be repeated. However, two recently published books by very courageous authors have laid bare previously hidden or suppressed information about American corporations that offers grounds for deep concern. Claire Conner’s Wrapped In the Flag: A Personal History of America’s Radical Right provides an insider’s contrite accounting of the John Birch Society, the Koch family, and other corporate allies that have been quietly at work for more than 50 years to incrementally steal control of the U.S. government in order to create economic monopolies for their exclusive benefit. Edwin Black’s Nazi Nexus: America’s Corporate Connections to Hitler’s Holocaust exposes and documents how, just like their German counterparts, American corporations like Ford, GM, IBM, Coca Cola, The Carnegie Institution, and The Rockefeller Foundation surreptitiously aided and abetted the Nazis in order to gain illicit profits. Those corporations are still around and doing plenty of business as usual. Their exclusive interest in doing whatever it takes to generate ever more profits for their shareholders predisposes them to support almost anyone for U.S. President who would afford them unrestricted power and control, even Donald Trump. The ugly elements of such a takeover are now in place, well organized, and largely hidden from view. Hitler captured the attention of corporate leaders by engaging in crass oratory and spouting bold promises to make Germany great again. He skillfully exploited the pain and desperation felt by certain portions of the population to gain their emotional support. His boisterous public rallies were managed by angry thugs who used violent means to silence or remove protesters. The captains of big German corporations noticed his political prowess. They decided they could buy him enough power to take control of their ailing nation and then leverage their influence with him to develop an invincible Third Reich with great opportunities to gain the profits and power they wanted. His rise to exorbitant power was then greatly accelerated by operating a ministry of propaganda that

After a startling discovery during a visit to the site if the Nazi Trials in Nuremberg, Germany, George Monroe spent six years researching and writing about his emerging discoveries revealing that hidden enemies are hard at work on a stealthy plan to kill democracy and replace it with a free market scheme under the exclusive control of a few power-hungry monopolists.

George Monroe obtained his Ph.D. in an interdisciplinary program at Michigan State University focused on facilitating change procsses in educational organizations. Completion of post-doctoral programs also enabled him to becme a Licensed Clinical Psychologist. During fourteen years of teaching and devleoping outreach programs at the University of Ilinois in Chicago he was the prime development facilitator for Cooperative Programs in Urban Teacher Education with Chicago Public Schools and the Archdiocese of Chicago School System. For more than fifteen years he served as Vice Chairman of the Board of Directors for a non-profit U.S. Organizaton supporting development of the Erevna International Peace Center (EIPC) headquartered on the Island of Cyprus.