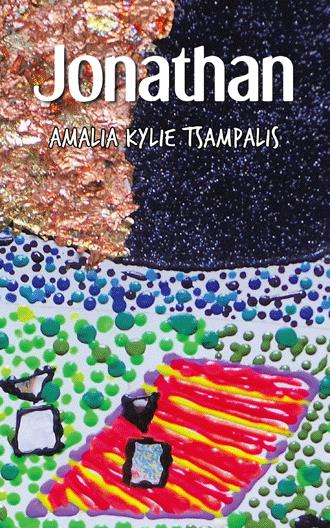 Everything was quiet again. What the… what just happened? There was no fiery beard. My tears dried up. My eyesight was no longer foggy and my ears didn’t ring anymore. There was not even a hint, that his gelatinous teardrop burned the skin on the back of my hand. “ “Oh um, thanks, chum, for snapping me out of my spiral of self-pity,” he said looking up aimlessly. He turned to me and murmured, “It’s really good to have a good friend like that, you know, the ones who keep you in check.” He inhaled, gleefully, and said “ So where was I, oh yes… right!” With a short clearing of his throat he proceeded, “Eventually, a handful of my kind had tried to head up into the frigid stoney mountains, certain that the fresh magnolia leaves would be there. We saw columns of smoke in random spots, for a few days, that lead us to believe that they were alive despite the challenging conditions of the mountains. But that ceased in less than a week. It was almost obvious that they were dead. Meanwhile, down below the mountains, tired, hungry bodies were lining up at the edge of the river. The ample water now became a concern. Because even that could easily become limited… it hadn’t rained in days. We began to experience a drought,” he concluded without any hesitation. The morning air had suddenly turned chilly. The bleating sheep had disappeared as the overcast sky began to take over. How could his story get any more full of despair? “My family was getting worse and worse, but of course, it had been months now of endurance. Their pale faces turned a hollow gray. My youngest sibling, Cornelia, died first. She was only three, and the weakest out of them all. And so one by one my siblings died. My parents were weakening every day, struggling to stay alive just to be able to comfort their children as they passed. Their faces looking like that famous piece of artwork, The Scream by Edvard Munch, by the time my last sibling died. One dry night, I saw Ma and Pa’s immobilized bodies lying on the cold floor… next to all my brothers and sisters, who were all laid out in a perfect circle lovingly covered with a blanket woven from moss and sheep's wool. That’s the day I felt as if my heart singed into ashes,” he said with a tone that demanded dignity. We were standing face to face. Yet somehow the presence of the story he told was wedged between us. “I dug a grave for every member of the colony. I buried them deep under the ground. I buried all the families together. It took me a decade, but I wanted my colony to rest in peace and dignity,” he said with his last breath. His beard unbraided itself and returned to its wild flowing state. “Oh. I’m sorry. I’ve never lost someone close to me before. That must’ve been terrible,” I replied remorsefully. “It’s fine. It’s- it’s been many many years since I’ve spoken about the death of my family and my colony, and….” he stuttered, “but my story - our story, needs to be told.” Jonathan silently distanced himself from me. He began to sniff each flower of a cluster nearby. Was he trying to calm himself? Then he began to lick the tops of mushroom in a patch nearby. Then he shifted to a new cluster of flowers. Then a new patch of mushrooms. Rhythmically he continued this pattern for the rest of the day until he was so far off into the meadow that I could hardly see him anymore. That night, curling up under the stars, I felt bad. The way he described the death of his family and colony seemed almost too gruesome and sad for a story. How very noble of him to bury every single member of his colony. I feel terrible for asking that question. I shouldn’t have asked it in the first place. And now even though I don’t feel as if I stink that much anymore, his response proved to me that I obviously still need some more work at this profession ‘cause, he looked as if I had brought out a piece of his inner self that would have never come out otherwise. It’s amazing how happy Jonathan is every day considering his dark past. Maybe I shouldn’t have been so critical of Jonathan. It is obvious now, that he can’t help his aging ways, his addiction to yoga and or even his Zen vocabulary. It’s how Jonathan learned to go on living alone for over one hundred and fifty years after that. Maybe, I should make a change? Selfish curiosity doesn’t feel all that rewarding. My gut ached all night. 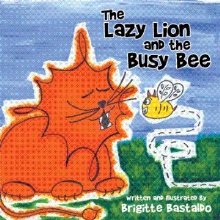 The Lazy Lion and The Busy Bee
Brigitte Bastaldo
$18.99

Amalia, a young student, gets her break as a reporter and naively sets out to the distant Sea Green Forest to interview the infamous Jonathan as her very first assignment. But, when she finally meets Jonathan, she discovers that the task to get the full story, what it’s like to be the very last unicorn, is far more mystifying than she ever expected. While Jonathan’s baffling appearance, zen-ish habits and overall quirky outlook on life make for humorously awkward and unforgettable moments, between the two, an unexpected bond forms as the story depicts the power of adaptation and acceptance.

Born in New Jersey, Amalia Kylie Tsampalis is 11 years old. Jonathan is her first published book. Passionate about the pre-teen genre, Amalia aspires to become a screenwriter one day. Amalia lives by the philosophy that every person, regardless of where they come from, has at least one hundred amazing stories to be told.