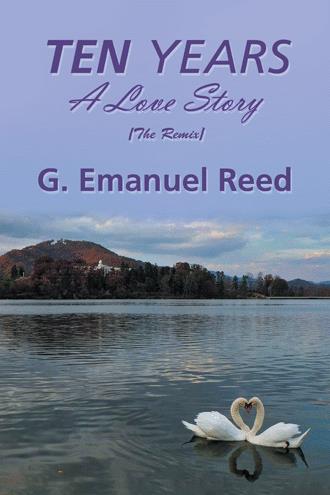 My story begins early one July morning when I was awakened from a peaceful sleep by a ringing sound in my house. After hearing the sound again, I remembered that after we got home last night, I'd turned off the phone ringer in the room where we slept, so that we could sleep in late without being disturbed. However the ringer in the back bedroom could still be heard. I eased from the bed, so my fiancée could continue to sleep while I answered the phone.

The voice on the other end was that of Francesca's youngest daughter, Sonya. "Morning Manny," she said. "Morning baby, how you doin'?" I ask as I wiped sleep from my eyes. "Oh, I'm fine. Is mommy up yet?" "No, not yet sweetie," I said. "But hold on..., let me call her and wake her up." Then I yelled, "Frannie babe, wake up sleepyhead. Sonya's on the phone!" After hearing Fran slowly moving around, I told Sonya, "Hold on sweetie, your mom will be right with you. Everything okay?" "Yup everything's okay," she said. "Great, I'll talk with you later..., hold on okay?" I laid the phone down then ran to the bathroom.

Sonya and her older sister, Stacey, both lived with Fran's mother, while Fran would often stay with me during the week so that I wouldn't have to make an extra stop to pick her up on the way to work. We had met at a federal installation called the Agency, located in Woodchuck, not far from Baltimore. Fran had worked at the Agency for nearly twenty-three years, and I had close to ten years when I met her. Before working at the Agency, I was employed doing security work around the city, and was in the military prior to that.

I returned from the bathroom to find Fran back in bed and had fallen off to sleep. "So sleepy-head," I said, "we playin' hooky from work today?" She gave no response. I saw that she was now in a deep sleep and had even begun to snore. It was still early, and we had a few more hours to decide if we were going to work, or if we would be calling in sick. With Fran still peacefully sleeping, I decided to climb back under the sheets and snuggled up with her as we were before the phone ranged. Soon after, I drifted off to sleep as well.

It must had been no more than twenty minutes that I had been asleep before I was once again disturbed. This time by what seemed to be the sound of gasping air. Still half asleep, I couldn't tell exactly what or where the gasp sound came from. I shrugged Fran thinking it might have been her snoring again, but she gave me no response. I called her, "Frannie babe wake up," I said, "you're snoring." Still no response. Then I heard her gasp. This time I was fully conscious and knew something was terribly wrong with my fiancée. I began to shake her frantically, and still there was no response.

I now realized that my friend was having trouble breathing and that she may have been in cardiac arrest. Although I had been trained in CPR, it had been some years since I'd practiced it as a security officer and had never thought about performing it on my fiancée. After dialing 911 for paramedics, I nervously took her limp body from off the bed and gently placed her onto the carpet floor to begin CPR. I was in a state of shock and couldn't believe that my best friend was lying there lifeless before me. When the operator answered, my voice trembled as I reported that there was a medical emergency here, and that I needed an ambulance as quick as possible.

I gave them all the required information to get them to my house. They asked was she conscious and did she have a pulse? I told them that she was not conscious and that I couldn't tell if she had a pulse or not. I yelled to them, "Please send an ambulance now!" They told me to try and remain calm, that they were enroute.

They advised me to stay on the phone until the paramedics arrive. I listened to the 911 operator instructions as they continued to encourage me to stay calm. I started doing compression as I had been trained; 15 compression and 2 breaths and prayed to see some sign of consciousnesses. But there wasn't any. I began to pray more, "Lord please don't let me lose her..., not now Lord, please not now! "I cried. It had just been several months ago that I had proposed marriage to Fran and we had started making plans together as man and wife, after nearly ten years of being soul mates.

While I continued to do CPR, I couldn't help but notice the ring I had placed on her hand after proposing to her in the park. It sparkled from the sunlight shining on it through our bedroom window. It was as if she was telling me, "Manolito, be at peace." I continued to pray, "Please God, please don't take away the only one that I've ever truly love." Tears began to roll down my face.

Then my prayers were interrupted when I heard the 911 operator telling me that the paramedics were at my door, and for me to let them in. I wiped the tears from my eyes and thought how I didn't want to leave Fran's side. I felt that she wanted me to stay with her, as if this was her last request. But I knew she needed professional help. So, I ran down the stairs as fast as I could, skipping several steps at a time to open the door.

As they entered, I nervously told them that my friend was in the front bedroom. They told me that I had done well and advised me to stay downstairs. With medical apparatus in hand, the paramedics quickly ran upstairs to attend to my future wife's situation. But when I attempted to follow them, I felt a tugging from behind. I turned to my surprise and saw that it was my father. "Manolito," he calmly said, "Why don't we wait down here for the paramedics to come back." I sighed seeing him there. I immediately turned to hug him and began to weep in his arms. To this day I could not tell you how my father knew what was happening that morning. All I knew was that I was glad to see him.

As a youngster, I always saw my dad as a tough, stern, nonsensitive type of man. But while we waited for the paramedics, I remembered seeing him getting teary-eyed as he sat and talked to me. I always knew that beneath his tough exterior, there was a gentle spirit, and he was actually the most sensitive man I had ever known. I will always love him and remember how he consoled me during the most difficult time of my life; {my dad would pass away some years later. I shall always miss him... RIP Pop}.

Even though the events of that morning happened so quickly, it seemed like it was a life time of events happening in such a short period of time. From the moment when I'd called Fran to the phone, to when I had heard her gasping for air in her sleep, to performing CPR and now waiting for positive news from the paramedics.

I felt numb, as I listened to my father trying to find words to console me; letting me know that Fran was in good hands and that she was going to be all right. How desperately I wanted to believe that.

But dad had not heard the sound she made that woke me from my sleep, nor had he seen her limp body when I took her from the bed to the floor in my attempt to revive her.

I couldn't remember all of what dad was saying to me while we waited on the couch, I was solely thinking of Fran. All the while it seemed so unreal; like a dream that had turn into a horrible nightmare from which I couldn't wake up. I knew of no reason why Fran was in the state she was in; she had not been sick. In fact, the night before, we were at her mom's barbecuing. We all had a good laugh after she had burned up the ribs and the wings on the grill, while me and the rest of the family relaxed and watching the Tonight Show. And minutes ago, as she had just spoken with her daughter on the phone; she was fine then. But now my soul mate was fighting for her life.

TEN YEARS, is a fictional story based on inspired events. It is a love story about a ten-year relationship between two people, Manolito Sneed and Francesca Bright. It begins when Manolito is awakened to find his fiancée Francesca, in full cardiac arrest. Not knowing the fate of his soul mate, Manolito is overcome with grief, and passes out several times throughout the story. During his fainting spells, he takes the reader on a ten-year journey of their life together, beginning when he first meets his co-worker Francesca. The only problem is, Manolito is married with a young son, and is fearful of telling his wife, Deidre, about his new relationship. Ten Years attempts to weigh out the options of staying in a safe and secure, though unhappy marriage; as oppose to leaving to experience true happiness with being in love for the first time. My hope is that Ten Years will cause you, the reader, to ponder some of the subject matters in the book; and share your perspective on how the characters relates to such topics as, infidelity, true love, forbidden relationships, injustice, and forgiveness. The book is a collection of thoughts and feelings on a variety of life's issues. Travel with me as I present some of those issues, during a season of love in a fictional novel called... “Ten Years” A Love Story.

Emanuel started writing as a means of therapy to deal with a significant loss. Ten Years was created from that loss, and it is the author’s first published writing. “Growing up, I always had a gift for creating and making up stuff; we didn’t have computers or cell phones back then to entertain us. So, whenever I got punished, and sent to my room, writing became a source of entertainment for me,” the author says. Currently, Emanuel resides in Windsor Hills, Maryland with his wife, Vonda Delisa Reed of twenty-three years, and are the proud parents of Aaron and Emanuel Quincy. Retired after 33 years of government service, Emanuel devotes most of his time serving on various ministries at his church. The author also enjoys going to the movies, the beach, making pottery and playing tennis. He loves spending time with his family, especially his grandson Titan. Emanuel plans to write a second book soon.