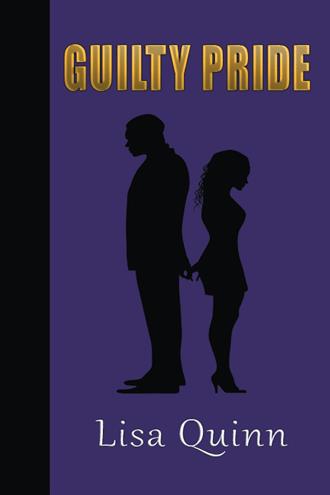 PROLOGUE Shorty I tiptoed down the hallway, trying not to make a sound. I wore only my lace underwear and a tank top. A part of me felt satisfied. A part of me felt ashamed. I knew what I had done. Of course, I knew it was foul. I knew sleeping with his best friend was beyond betrayal. I knew doing this in our house, while he was there, was past disrespectful. The liquor, late hours, and slick remarks played into my decision to fuck his business partner. I crept to our bedroom door like a thief in the night, hoping he hadn’t awoken yet. He was pretty tired and drunk from the party we threw earlier in the evening. It was a celebration in honor of a successful first year for the company he and said business partner just recently established. I took a deep breath as so many thoughts crossed my mind. I turned the doorknob and quietly entered the bedroom. It was the first time I had been with another man. C was my first. He and I had been together for six years. C was all I knew. I met him at seventeen, and he was nineteen. He was my first love, my first kiss, my first everything. Yes, C made me happy. Yes, C satisfied me. Yes, C was successful. C was beginning to travel more and plant the seeds for his business to flourish. I had recently started to feel like I was missing out on something. I felt the need to explore. I wanted more. I had been with C from teenager to womanhood. I was still learning about myself and the world. I never imagined my thoughts and feelings would land me in the arms of his friend. But Duke would always say something subliminal and lately I’d been receptive. I quietly crept across our bedroom to my side of the bed. C was still asleep. He was stretched out over the covers in only his black Versace boxer briefs. I could feel regret. I felt guilt. He began to shift positions in bed. I tried to slip in quickly. He reached out for me, and I could only go to him. I snuggled up under him in my little nook. I then began to panic. I was so in a hurry to rush back to bed I didn’t think to wash up. Please don’t let him wake up, I prayed as my head hit the pillow. He kissed my shoulder as I laid under him. He embraced me tightly as he held me in his arms. He then began to sniff me. Oh my God, I thought in panic. Fear and anxiety ran through my body. I could feel that he knew something wasn’t right. He immediately sat up in confusion. I could feel him looking at me. I tried not to look up to him as I continued to lie there. I could feel what he was thinking. I knew what was coming. Before he could form the words to ask or say anything, we both could hear tires screeching from the front yard. I then looked up to him. He looked at me, puzzled. Before I knew it, he jumped out of the bed and ran to the balcony. He opened the balcony doors and watched the familiar car speed out of our long driveway. I knew then I had made the biggest mistake in my life. I quickly ran to him to try to explain. He went to the drawer to retrieve a pair of sweatpants and a T-shirt. I attempted my plea as he put on his pants. “Baby, let me explain …” I tried to get the words out as I approached him. He pushed me to the floor as he stormed past me. I hit the carpet hard. I could feel the tears building in my eyes as a huge lump formed in my throat. I went out to the balcony and saw him jump in his car and speed out of the driveway. I knew I had to stop him. I rushed for my slippers and a robe and then ran through the hallway and down the stairs. I grabbed my keys and jumped in my car. Luckily, our three-year-old daughter, Cori, was with her aunt Vicki for the night. I could barely see straight as tears flooded my face. I grabbed my car phone and attempted to call C as I went on a high-speed chase to try to stop him. What was I thinking? Why did I do this? Why did I believe Duke? I asked myself as I accelerated down the highway. I never thought about the consequences. I never considered how this could play out if he found out. I guess that’s the thing about cheating. You never consider the then, only the now. It was selfish of me to jeopardize my relationship, my family, for a quick fuck. I never considered losing anything in gaining a night of nothing. I could feel the humiliation as I tried to keep up with C. He was too fast. I could see from his reckless driving he was on a mission to get Duke. I continued to call—no answer. Of course, he’s not answering. What would I say if he did answer? “I’m sorry, C,” would never be enough. I couldn’t keep up with him. I could only pray he couldn’t keep up with Duke. I tried to finesse through the late-night traffic, although with tear-filled eyes, nervous hands, and a heavy heart, it was impossible. When I looked up, I realized how close I was behind an eighteen-wheeler Before I could brake properly, the massive freight truck did.

Pride is an emotion, as well as a devotion. To stand by your pride could leave you standing all alone … How easy is it to apologize for hurting someone you love? How simple would it be to accept that apology? This is the tale of two lovers told from both sides. Shorty deals with guilt, while C is haunted by his pride. She may see it one way, which could appear different in his eyes. Yet, in reality, there’s always truth and lies. Follow me to the ’90.